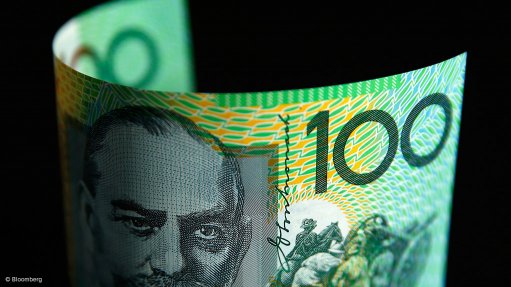 PERTH (miningweekly.com) – New research by the Minerals Council of Australia (MCA) has highlighted “economic distortions and inequities” in the federal government’s distribution of the goods and services tax (GST) revenues between the states and territories.

MCA CEO Brendan Pearson said on Friday that over the last 15 years, the total amount of yearly GST revenues collected by the federal government increased by 124% to A$59.7-billion.

“That is a cut of 22% in nominal terms, or around 45% in real terms, in GST revenue going to Western Australia to fund schools, hospitals, transport and other public services.

Pearson pointed out that by contrast, every other state and territory has seen GST revenues more than double over the same period.

“This stark disparity shows that the GST distribution system is in need of reform.
The system penalises states like Western Australia, which adopt policies to encourage the development of minerals and resources, an industry which makes a major contribution to Australia’s economy, living standards and jobs.”

The Association of Mining and Exploration Companies (AMEC) has also recently expressed its disappointment in the distribution of GST revenue, with CEO Simon Bennison telling a Perth conference that the principals underpinning the GST needed to be reviewed and modernised to reflect changes in community expectations and flexibility, on order to meet the policies and fiscal arrangements of various state and territory jurisdictions.

“Redistribution principles do not encourage resource development in certain jurisdictions and it is clear the policy needs a review that includes the averaging period and flexibility in adjusting redistribution based on revenue raised,” Bennison said earlier this week.

“Policy needs to drive and not suffocate economic activity. Those that accelerate mineral development activity must be rewarded and not penalised. The Prime Minister must act on this now. “

The federal government in April launched an inquiry into the impact of the horizontal fiscal equalisation (HFE), which underpins the distribution of GST revenues to the states and territories.

Under Australia’s current approach, the Commonwealth Grants Commission recommends a GST distribution to the states that provides each state with the capacity to provide its citizens with a comparable level of government services. The current system was agreed by all states prior to the introduction of the GST in 2000.

Treasurer Scott Morrison said in April that the government had received several views that the current approach to the HFE created disincentives for reform, including reforms to enhance revenue raising capacities or drive efficiencies spending, with stakeholders arguing that any gains from reforms were effectively redistributed to other states.

“It is important for Australia’s future prosperity that our system underpinning Commonwealth-State financial relations supports productivity, efficiency and economic growth across the country. Ultimately, all Australians benefit when the States actively pursue reforms seeking to improve productivity, efficiency and economic growth within their own jurisdictions,” the Treasurer said at the time.

The Productivity Commission is due to report back to government at the end of January next year.