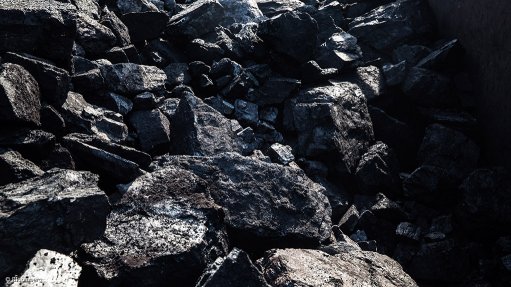 The slowdown in the global economy during 2019 continues to adversely affect metallurgical coal markets, but ASX-, Aim- and JSE-listed MC Mining says prices have improved following the quarter ended December 31.

Premium hard coking coal (HCC) prices were at an average of $139/t during the December quarter, compared with $223/t in the three months ended December 31, 2018.

MC Mining points out that HCC prices increased to $149/t in January.

Additionally, the company notes that growing international demand for South African thermal coal had resulted in more favourable prices for coal from the Uitkomst colliery, with average thermal coal prices improving from $61/t in the quarter ended September 30, 2019, to $76/t during the quarter ended December 31.

However, the price was still lower than the thermal coal price of $96/t recorded in the quarter ended December 31, 2018.

Nonetheless, MC Mining reported on Tuesday that its Uitkomst colliery had generated pleasing results for the quarter under review, with a change of mine management and optimisation initiatives having been implemented at the colliery during the period.

Meanwhile, the company is also progressing the remaining Phase 1 funding requirements for its fully permitted Makhado project, which should be completed before June this year.

Construction on the project is expected to start during the second half of this year.

The company’s Vele semi-soft coking and thermal coal colliery remains on care and maintenance, but the Vele processing plant is expected to be recommissioned as part of Phase 1 of the Makhado project.