Mashile-Nkosi named CEO of the Year 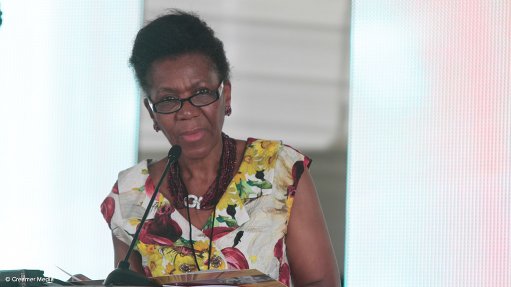 “She stands alone as a successful, entrepreneurial black woman in the male-dominated mining sector. As a woman pioneer, she started Eyesizwe Coal in 1999, which is today known as the mining giant, Exxaro,” he noted.

Kalagadi had also built a nursery school and re-equipped a primary school as part of the company’s community outreach programme.

“I am humbled to have won this prestigious award, for it goes far beyond the recognition of business success, [as it is] coupled with my commitment to social upliftment and environmental responsibility. It also acknowledges that an African woman can make her mark in the historically male-dominated mining industry, said Mashile-Nkosi at the awards ceremony.

She hoped this would “symbolise the breaking of the glass ceiling” and open the way to encourage other women to take their “rightful places around the boardroom tables” of Africa.

“The mining industry has not been an easy road, especially for a black woman, but I have persevered and succeeded in surmounting the many obstacles that have been placed in my path. Where there is no pain, there is no gain,” commented Mashile-Nkosi.