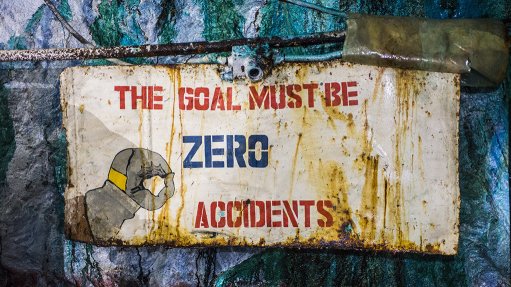 The lengthy, outdated and burdensome permitting process involving federal, state and local authorities is currently the biggest barrier to new mining investment in the US, says mining-focused US trade organisation the National Mining Association (NMA).

Despite having abundant mineral resources, the US accounts for only 7% of worldwide mineral exploration expenditure and production currently relies on a population of mature mining projects.

“We need mining policies that boost domestic production by encouraging more coordination and less duplication among federal and state agencies involved in permitting and instituting deadlines for decisions without reducing environmental-impact reviews, which are an important part of the permitting process,” NMA communications director Jamie Caswell tells Mining Weekly.

She says investors have other options in mining regions, such as Australia and Canada, where mineral resources are plentiful and the permitting process assures a more expedited decision.

For hard-rock mining, the permitting process can take between seven to ten years before a mine receives permission to operate. “In some cases, it can stretch out to almost two decades and, by then, a mine can lose up to one-third or more of its original value,” she adds.

Caswell says the NMA provides support for public policies that will help the US fully and responsibly use its coal and mineral resources by addressing regulatory, legal and legislative impediments.

She believes that government has a constructive role to play in forming a partnership with mining companies in the US and abroad.

“Our members, of course, need waterways, railroads and export terminals to bring our resources to market in a timely way. Terminals need to be expanded, rivers dredged and rail lines maintained for our products to reach the markets.”

Caswell says the NMA has seen productivity enhanced through the adoption of digital mining equipment and machinery, with safety improved through the introduction of various new technologies.

“In some cases, our member companies use drones and autonomous vehicles to improve safety and productivity.”

The NMA hosts the world’s largest mining equipment exhibition, MINExpo International, every four years, which showcases the latest technologies for more efficient and environment-friendly mining practices as well as for safer working conditions.

Safety First The NMA announced that the 29 mining companies that participated in its risk-based safety management system, CORESafety, concluded 2017 with zero fatalities.

Caswell says CORESafety is an approach to mining safety and health that aims to prevent accidents before they happen, using a management system that involves leadership, management and assurance.

“We’re seeing more companies certified in CORESafety’s safety and health management system, and this important milestone – zero fatalities – shows that the hard work that goes into the implementation of our system pays off in the most important way.”

She explains that the CORESafety framework, designed to drive continuous improvements in mining safety performance, was born out of an industry desire to set aside competition, foster a proactive safety culture among mining companies and share best practices to protect the people employed by the industry.

“This important achievement of zero fatalities comes despite a regrettable increase in fatalities across the industry in the companies that did not participate in the system last year,” adds Caswell.

She says the objective of the initiative, launched in 2011, is to achieve zero fatalities and a 50% reduction in mining’s injury rates within five years of its implementation. “Its innovative approach departs from the conventional ‘top-down-one-size-fits-all’ model to favour a scalable framework for operations of all sizes.”

Caswell says the NMA promotes continuous improvement and focuses on the culture of safety to ensure the pattern of zero fatalities at CORESafety sites.

“We encourage other companies to participate by spreading the word and by citing our positive results found in our website, publications, social channels and free media. “We also have a safety expert, Bruce Watzman, who conducts seminars and webinars that explain the need for and how to implement CORESafety,”

he CORESafety initiative is free for any company that would like to participate, with 20 modules and an accompanying handbook and resources that can be used at operations of various sizes.