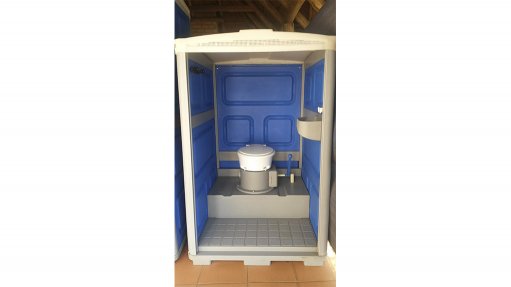 The company introduced the service – which places pest control, hygiene, cleaning, portable toilets and septic pumping services under one umbrella – to gain momentum in the hygiene sector.

“We are driving our integrated services very hard in the mining sector, as it makes contract management much easier. It is also a more economically viable approach, as only one contractor is dealt with. When you outsource different disciplines, you generally need a different site supervisor for each one. We centralise everything,” states Britz.

Sanitech has been awarded a significant contract to supply its integrated services to a mining project in Rustenburg, in the North West, and in the Witbank area, in Mpumalanga, many mining houses are also starting to realise the advantages of this centralised approach, he says.

Sanitech is working with several mines that will adopt the solution when their existing contracts terminate, thereby taking advantage of the offering, which was introduced 12 to 18 months ago.

The company has supplied more than 2 000 New Improved Concept (NIC) portable toilets to various industries in Africa, with 500 NIC toilets being supplied to local underground mines in the past two to three years.

The toilet is a freestanding unit with a self-contained water supply and operates without cables, pipes or connections to water or electricity. There is no visual or physical exposure to waste, making the unit more hygienic for users, the environment and servicing teams.

The toilets can be commissioned in sloping areas with low ground clearance and can be used in mines where there are high ignition risks such as coal mines.

The units were initially launched with women in mind, offering a lockable inside mechanism, a wash basin option and a personal protective equipment hook for overalls and lamp packs.

The four versions were developed owing to client demand, as even mines in the same company group have presented different site requirements, owing to their operating environment, says Britz.

The unit is also a price-sensitive commodity because of the specific features available, subsequently providing alternative price points to suit mining operations’ budgets.

Sanitech is developing a unit for a prominent diamond mine in Gauteng that not only meets the mining operation’s space limitations but can also withstand the intensity of the diamond mining industry’s blasting activities. Instead of using panels employed by current versions, the unit will consist of a solid mould, eliminating the need for screws or pop rivets.

This unit will be tested for up to three weeks on site before an order is fulfilled. “In the development area, it seems perfect, but the ultimate testing is infield,” states Britz, adding that the mine would like the unit to be ready in the next month.

“Demand from the mining industry for Sanitech’s portable toilets has primarily come from South Africa. We have branches in Zambia, Namibia and Botswana, and are looking to expand further into Africa, but have yet to supply units to mining operations in these countries,” explains Britz.