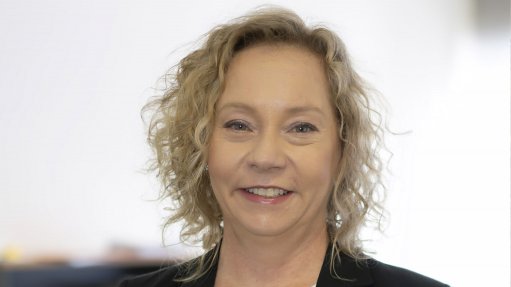 While the Australian mining industry is doing very well on a macroeconomic scale, increased demand and Covid-19-related restrictions have made it challenging to acquire the resources needed to explore and develop mining projects.

The mining industry has had difficulty in the supply and acquiring of skilled staff and contractors, field vehicles, drilling rigs and other equipment because of increased demand, which is exacerbated by pandemic restrictions affecting logistics, explains exploration and development company Thor Mining MD Nicole Galloway Warland.

Despite Covid-19 restrictions, commodity prices have increased, in line with increased demand for commodities.

Copper prices are at an all-time high, with the increased demand associated with development efforts in the battery and renewables space, says Galloway Warland.

Gold has also fared well, while tungsten and molybdenum prices have risen by almost 60% over the past six months.

The copper/gold project was acquired at the end of last year. Thor Mining used historical drilling to generate a mineral resource estimate containing

The company is completing a diamond drilling programme at the project and aims to increase the resource and particularly the grade.

“We’re also looking to develop that project using in situ recovery, which is a different technique and has a more environment-friendly, low surface impact,” explains Galloway Warland.

With in situ recovery , there is no large tonnage of dirt that is removed or big tailings dam. Thor Mining is collecting samples for metallurgy and hydrogeology – a critical milestone for the project – to start the process of understanding the development for in situ recovery.

Thor Mining has a two-year timeframe to assess the project and acquire proof of concept to get the project to the development stage for in situ recovery.

It is a fairly committed work programme to get approvals in place and all the technical assessment stages done within the two-year timeframe for the in situ recovery, says Galloway Warland.

The biggest drivers for copper are in the renewables space, batteries, electric vehicle (EV) batteries, mobile phones and wind turbines. There is a supply shortage and increasing demand for EV batteries, which, in the long term, creates continued demand for copper.

The gold project is an earlier stage greenfield project. There are large one-million-ounce-plus gold projects in very similar geological settings in close vicinity to the project, says Galloway Warland.

“We are doing some infill soils and streams to be ready to drill-test the Sterling Prospect within the next few months.”

The demand for gold is unusual because gold is also a currency: in times of global fear, demand leans towards gold as a currency, or so-called safe haven investment, she explains.

Gold is also used in electronics, resulting in a high-demand scenario as the world becomes ever more digitalised.

Thor Mining ecently upgraded the project’s mineral resource estimate to the measured category and is conducting technical studies to optimise its feasibility work, which was done in 2018.

The tungsten and molybdenum prices have started to improve, which has encouraged Thor Mining to progress the deposit from development to mining.

“We anticipate some exploration diamond drilling between August and September,” says Galloway Warland.

With each project in a different Australian state, Thor Mining has had to be aware of each state’s Mining Act and associated legislation.

Thor Mining has prioritised understanding each of the state’s regulations and legislative changes. No changes have directly impacted on the company’s projects to date.

“We certainly need to make sure that we’re operating within the regulations of every state, whether in terms of mining, heritage, native title or environmental regulations,” concludes Galloway Warland.