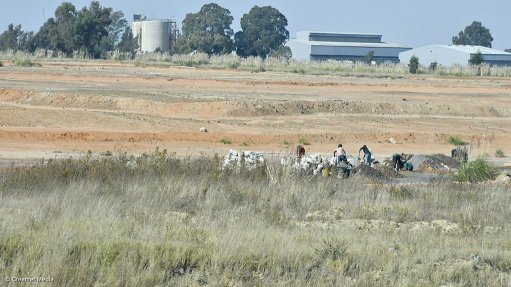 Informal processing of sand from a depleted mine dump off the N3 South freeway, near Elandsfontein, in Germiston.