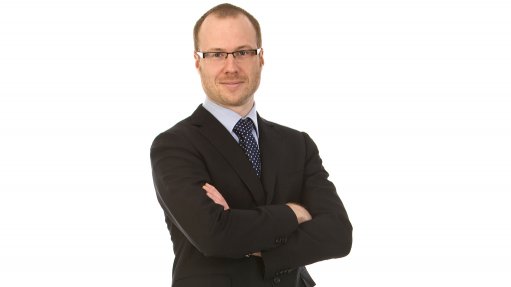 TORONTO (miningweekly.com) – After several years of proposed changes to Quebec’s Mining Act, it seems this saga of near Homeric-length is nearing its close. Where Bills 43, 79 and 14 all failed, Bill 70 to amend and modernise the Act was adopted on December 9, becoming effective a day later.

Commentators now hope the province’s mining sector will be able to get on with the business of doing business, and without having to look over its shoulder.

Many of the amendments contained in Bill 70 and now within the new Mining Act came as little surprise. This includes the need for those seeking to make a mining claim to notify the landowner concerned, and if appropriate any tenants, within 60 days of registering the claim.

If the claim is within municipal territory the claim holder must inform the landowner and municipality within 30 days.

In addition, the claim holder must submit a report on the work achieved over the previous year and supply a schedule for the year ahead with the Mining Minister.

Those who hold mining leases, concessions or operating leases for surface minerals must also report the volume and value of the ore extracted over the previous year and the level of royalties paid, plus overall contributions made.

“Companies will be checked on a regular basis by the Minister, who will keep an eye on how things are going and what is planned,” Norton Rose Fulbright partner Jean-Philippe Buteau told Mining Weekly Online.

“It’s in the spirit of the law to have more clarity and more information on projects, their results, and on the level of ore processed from a mining claim,” he added.

A central platform of the new Mining Act is for companies to consider a greater level of transformation, processing and beneficiation to be undertaken within Quebec. The Minister will now have the power, on reasonable grounds, to require the maximised economic spin-off for material mined in Quebec.

“I think the government wants to reserve this right. But in practise, the decisions will be based on the economics of the project itself and whether imposing something like second or third transformation within Quebec will affect project viability,” Buteau said.

“So, I don’t see how a government can impose terms and conditions if studies and additional reports from a company show that it wouldn’t be economic to undertake second and third transformation in Quebec,” he explained.

“Enforcing or obliging a company to undertake second and third transformation in Quebec would bear the risk of the company just leaving,” he added.

But viewed more positively, the new measure can be seen as the government attempting to work with the sector to expand the positive economic effects of mining in the province.

“Companies can view this as the Ministry and government trying to ensure that positive effects of a mining project are brought to the fore within the province. It can be seen as a way of adding credence to mining, while also giving the government the relevant platform to offer greater assistance,” he said.

One of the vaguer aspects of the new Mining Act is the establishment by the lessee of a monitoring committee that seeks to increase the involvement of local communities affected by a project or operation.

“However, the goal is to help ensure the population affected by a project will get the most out of it. Perhaps this will be in the form of a formal discussion with the company,” he said.

Meanwhile, municipalities will be able to demarcate various portions of territory as incompatible with mining. “In municipal development plans they can announce the exclusion of some portion of the territory to mining projects,” Buteau said.

“A mining-incompatible territory is a territory in which the viability of activities would be compromised by the impact of mining,” he explained.

But the number of projects potentially affected is small. “It will be interesting to know how many projects might be within the boundaries of municipalities and could suffer exclusions. I’m really not sure there are that many,” he said.

An important aspect within the new Mining Act, and one that was expected by Quebec’s mining community, is the requirement that companies have a financial guarantee in place to provide for rehabilitation and reclamation work before work begins.

“The last two projects for which mining leases were granted had 100% guarantees put in place for rehabilitation work. That was not a condition under the old Mining Act, but it was a condition within the government’s mind,” Buteau said.

“So this came as no surprise and it was proposed in the preceding Bills. Of course it is best practice to make sure that mining companies are not leaving a mess behind,” he added.

“However, it will have a financial implication on projects; you have to get the financings and guarantees in place before extracting ores and getting revenues, or before the capital expenditures have been repaid,” he said.

Overall, there is a sense of relief that the new Act is finally in place; it might not have pleased everyone, but at least the parameters are now fixed and offer a chance for increased stability.

“I think there’s a general sense of relief regarding this. It’s behind us now and we can all look forward, we can all say: ‘what’s next?’” Buteau said. “Now we can be more focused on exploration targets and get on with building the mines of tomorrow.”