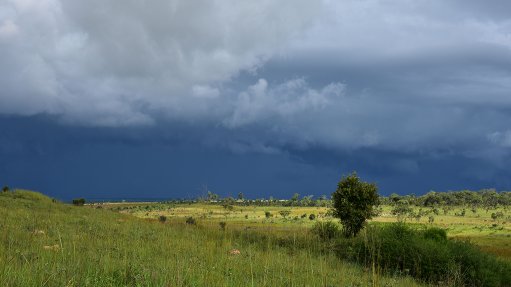 It is projected that green hydrogen could be produced at the same cost as fossil, or blue, hydrogen in the next two or three years, says German Federal Ministry of Education and Research (BMBF) Energy and Green Hydrogen Technologies Division head Dr Christoph Roevekamp.

One of the world’s largest users of renewable-energy technology, Germany is also playing a leading role in the development of electrolysers, which are required for the electrolysis of water to generate green hydrogen.

Launched in June, the H2Atlas-Africa project, which is funded by BMBF in Southern Africa to the tune of €1.5-million, is aimed at identifying green hydrogen potential in the region.

While Africa is expected to distribute green hydrogen to destinations worldwide, such as Europe and Japan, there is also an urgent need to find sustainable and climate-smart ways of generating energy for the growing population of energy-starved sub-Saharan Africa.

H2Atlas-Africa is being implemented in Southern and West Africa and involves regional climate service centres, the Southern African Science Service Centre for Climate Change and Adaptive Land Management (Sasscal) and the West African Science Service Centre on Climate Change and Adapted Land Use, as well as their corresponding renewable energy centres.

The project is expected to identify the conditions conducive to the economically viable production of green hydrogen – produced using water electrolysis powered by renewable-energy sources – in the region to strengthen and support a sustainable hydrogen economy.

“We are assessing the renewable-energy potential of the different countries in the region and, together with information on land and water availability, and other socioeconomic factors, are estimating the green hydrogen production capacity and cost of each country,” says Sasscal executive director Dr Jane Olwoch.

Local conditions, such as present and future energy demand, as well as climate and developmental goals, are being considered, while Sasscal is ensuring that water and land use for green hydrogen production does not negatively impact on land and water availability for other uses such as agriculture.

The immediate outcome of the H2Atlas-Africa project will be an interactive atlas, showing identified green hydrogen hotspots for development, with the results of the atlas open to German and African institutions and/or stakeholders such as businesses, academics, researchers and government.

“The Southern African Development Community (SADC) is well positioned as a potential exporter of green hydrogen into the trillion-dollar market,” says Roevekamp.

The development of a hydrogen economy in the Southern Africa region will not only expand Africa’s activity in the international energy market but also facilitate its sustainable economic development by opening more international trade channels for the continent, consequently leading to the rapid exploration and use of its abundant renewable-energy resources, which have remained largely untapped, and creating direct and indirect jobs, says Olwoch.

To coordinate the region to find green hydrogen generation potential, Sasscal has engaged the SADC Centre for Renewable Energy and Energy Efficiency as a key player that houses expertise and also a conduit of some of the datasets that are required for the successful implementation of this project.

More than 100 institutions in Southern Africa were involved in Sasscal’s first research portfolio and it has funded more than 400 graduate students from honours to postdoctoral.

“This is through the core research and capacity building programmes funded by BMBF and also other regional projects such as Supporting EU-African Cooperation on Research Infrastructures for Food Security and Greenhouse Gas Observations, and the Wetlands Monitoring and Assessment project that are funded by the EU and African Union,” says Olwoch.

While Sasscal has a strong network comprising member States and other SADC countries, it also signed a memorandum of understanding with the SADC Centre for Renewable Energy and Energy Efficiency in May to facilitate regional mobilisation, especially in non-Sasscal countries.

In addition, Sasscal has established a regional technical committee consisting of experts in related fields from various Southern African countries and intends to place significant energy into stakeholder mobilisation and sensitisation.

The development of green hydrogen projects in the region is being driven by the need to restore the world’s climate, provide an alternative or supplementary sustainable energy source and decrease the cost of solar photovoltaic and wind turbines. It is also being driven by the  need to provide an energy source that has potential to benefit the African economy as opposed to fossil fuels.

However, to attract investors for the development of an emission-free and sustained energy solution, governments and policymakers need to provide an investment-friendly atmosphere, enact the necessary laws and policy to guarantee security of investment and ensure political stability and security in their countries.

“As Africa positions itself to be at the forefront of this new technology, green hydrogen also has potential, as opposed to fossil fuels, to ensure peace and prosperity for Africa,” states Olwoch.