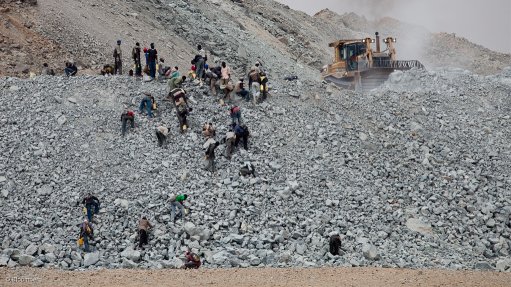 Acacia CEO Brad Gordon told the 2016 Investing in African Mining Indaba that the company’s growth had stemmed from a focus on business fundamentals, people and relationships.

Gordon spends a lot of time on government dialogue with his company marketing itself more like a consumer products company than a mining business.

The former Barrick Africa has taken 40% out of its costs since 2012 and expects to see another 15% improvement in its all-in sustaining costs (AISC) position in 2016, with AISC in this debt-free case being a proxy for additional free cash flow.

Over two years, $200-million of costs have been dragged out of the business.

It responded to a stumble in the 2015 third quarter (Q3) by completely restructuring the workforce and achieving a much-improved Q4.

Productivity is well up at Acacia’s underground Bulyanhulu gold mine in Tanzania, where there is a run-of-mine stockpile for the first time in years, while its North Mara mine has received a president’s award for corporate social investment.

The company has been spending on social infrastructure to drive wealth creation in communities by providing support for entrepreneurs, enhancing agribusinesses and funding soccer.

Staying the exploration course has resulted in its Kenyan project looking like becoming a future mine and three joint ventures are being clinched in Burkina Faso, and other parts of West Africa.

Brownfield exploration has unearthed potential at Bulyanhulu and more potential is manifesting itself below the North Mara opencast operation.