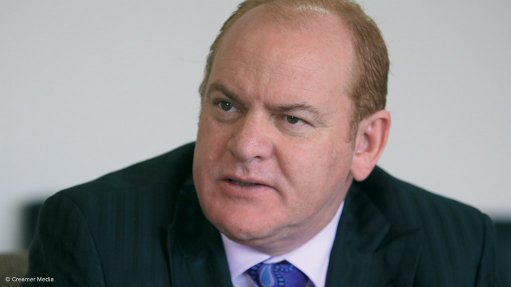 JOHANNESBURG (miningweekly.com) – Gold mining company Gold Fields is to invite tenders for a photovoltaic power installation at its South Deep gold mine, west of Johannesburg.

A report in Energy and Mines states that the JSE- and NYSE-listed company, already out on an expression of interest, will on Monday invite proposals for a 40 MW on-site photovoltaic system with option for energy storage.

Gold Fields CEO Nick Holland, in recent presentations at Gordon Institute of Business Science (GIBS) in Johannesburg and the Australian Institute of Mining and Metallurgy in Sydney, revealed that a study of solar solutions was under way aimed at putting renewable energy at the disposal of the South Deep mine, which has a 50-year horizon ahead of it.

Besides South Deep, its only South African mine, Gold Fields has seven operating mines in Ghana, Peru and Australia and the proposed South Deep solar project is one of the key recommendations of a review of its energy security plans across all its operations, to evaluate the potential for the further adoption of renewable energy.

Gold Fields has engaged Cyest to put South Deep through advanced analytics and simulation to understand what the mine will look like in the future.

Three-dimensional visualisation will be used to take employees on individual virtual mine tours to see what lies ahead as there is little global experience in bulk underground mining 3 km below surface.

The company has invested $1-billion in South Deep since it took over the asset eight years ago and in the near future will be able to automate geology mapping, ground support design and load-haul dumping controls as part of a major modernisation and mechanisation programme.