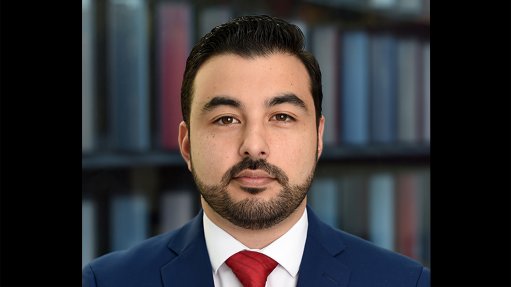 Published on October 29, the report indicates that this is the lowest quarterly total since the third quarter of 2009. The year-to-date demand of 2 972 t was 10% lower versus the same period in 2019.

Speaking to Mining Weekly, WGC market intelligence manager Krishan Gopaul says there was a slight pick-up in demand during the third quarter, compared with the second quarter, but jewellery and investment demand was lower year-on-year, resulting in “overall gold demand being down year-on-year”.

This means that the third quarter actually saw an improvement compared with the second quarter, he notes, as economies continued to move out of Covid-19 induced lockdowns, meaning that “there was an element of recovery in demand”.

However, overall, the market remained weaker than what it was last year.

Looking beyond this, Gopaul laments that there is difficulty in anticipating what will happen with regard to the coronavirus and a feared potential second wave of infections. He says that, should this be the case, the impact on the gold industry will be dependent on the level of restrictions put in place as governments around the world continue to experiment with different restrictions in response to the virus.

Should the potential second wave be similar to that seen in the first half of this year, Gopaul warns that it could “have a similar effect” on markets, but he suggests that, if there is an improvement and a new potential second wave “isn’t as severe as the first”, the gold mining industry should continue to experience a recovery in demand, which saw greenshoots in the third quarter.

“Overall, the picture is one of, especially on the consumer side, still a weakness because of the pressures caused by the pandemic,” he says.

While overall demand declined, the third quarter did, however, see significant growth in investment demand, which rose by 21% year-on-year. Investors, globally, bought 222.1 t of gold bars and coins, and an additional 272.5 t through gold-backed exchange-traded funds (ETFs).

Year-to-date, gold ETFs have increased their holdings by a record 1 003.3 t.

The combination of continued physical distancing restrictions in many markets, the economic slowdown and a record high gold price in many currencies proved “too much” for many jewellery buyers as demand declined by 29% year-on-year at 333 t, down from an already “relatively anemic” third quarter in 2019, the report states.

The dollar gold price rose to a record high of $2 067.15/oz in early August, which was followed by a pullback with the price closing the quarter around $1 900/oz. Record high prices were also seen in various other currencies, including the rupee, the yuan, the euro and the sterling.

Bar and coin investment, meanwhile, rose to 222.1 t in the third quarter, up 49% year-on-year as most major retail investment markets saw strong growth. The largest volume increases were seen in western markets – like China and Turkey – in contrast with significant sales in Thailand.

Quarterly inflows of 272.5 t took global holdings of gold-backed ETFs to a new record of 3 880 t. While the pace slowed a little from the first half of the year, inflows were sustained during the third quarter, which, according to the WGC’s report, “continued to demonstrate the motivation of ETF investors to add to their holdings”.

Speaking to Mining Weekly, Gopaul says these movements in the market are indicative of “the ongoing need to hedge” as the market continues to remain uncertain about the path of the Covid-19 pandemic, and what this means for economic recovery that will be needed at some point.

With “question marks” still surrounding the future of what the global economic picture will look like going forward, Gopaul is encouraged by gold still “sitting nicely in the realm of being that diversifier and safe haven” as a source of liquidity when people need it most.

Further, the effects of the pandemic impacted the jewellery sector, as the weakness caused by Covid-19 was compounded by record gold prices. In the third quarter, jewellery demand fell by 29% year-on-year to 333 t, and while China and India accounted for the largest volume declines, the weakness in the sector was global.

Central banks, meanwhile, generated modest net sales of 12 t of gold in the third quarter, which was the first of net sales since the fourth quarter of 2010, primarily owing to concentrated sales by two banks. Buying continues at a moderate pace as it is driven by the need for diversification and protection amid the negative rate environment.

Looking at the latest numbers for the third quarter, mine production (or gold supply) was down 3% in the third quarter, and while the year-to-date decline totals 5%, these numbers are similar to those of the first half of the year.

Gopaul says that, in comparison, “the decline in production is relatively small compared with the level of disruptions in some of the other industries” which he believes “highlights the resilience of gold mining, which is part owing to the commodity’s geographic diversity around the globe.

“I think that gold mining has held up relatively well, especially when compared to other industries, and in terms of how that relates to work that’s been done [with regard to] the environmental, social and governance (ESG) aspects, I don’t think it will necessarily have a huge impact in terms of reducing, or even slowing, the progress seen so far,” he comments.

With ESG plans often being long-term, Gopaul says the pandemic’s impact has, so far, been more on production, rather than the initiatives that are focused on the many challenges the world is facing.

This means that, for the gold industry specifically, the pandemic has impacted more on operations and productions, rather than on committed initiatives focused on ESG or even the United Nation’s Sustainable Development Goals.