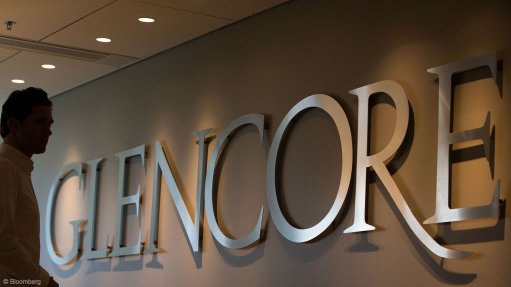 Glencore is cutting an increasingly isolated figure as a major coal miner as one by one its biggest rivals look to abandon the most polluting fuel.

Russian steelmaker Evraz said Tuesday it was considering options for demerging its coking coal business, five days after Brazilian iron-ore giant Vale took a first step to exiting the fossil fuel. Nearly every other major miner is the process of walking away from thermal coal, used in power stations.

The world’s biggest miners have been rethinking their thermal coal businesses as more investors shun exposure amid increasing concerns about carbon emissions and global warming. Rio Tinto Group has already sold out, while BHP Group and Anglo American are in the process of exiting, though both so far remain committed to steelmaking ingredient coking coal.

Still, as others exit coal, opportunities remain for holdouts such as Glencore.

“Coal is in long-term decline; there’s a very good reason people are looking to exit,” said Ben Davis, an analyst at Liberum Capital. “But in the meantime Glencore is in an excellent position to manage supply and make abnormal profits with so little investment in the market.”

Coal accounts for about a third of Glencore’s earnings and vies with copper as the biggest source of the commodity giant’s profits.

CARBON TARGET
Instead of exiting coal, Glencore has committed to run down its assets by 2050 and in doing so become carbon neutral. That pledge includes so-called scope 3 emissions, produced when customers burn or process the materials the company mines.

The target sets Glencore apart from BHP, Rio Tinto, Vale and Anglo American, which will struggle to curb scope 3 emissions because their vast iron ore operations supply steelmakers, one of the most polluting industries.

Should that approach fail to win over investors, Glencore’s outgoing CEO Ivan Glasenberg has said he’ll support his anointed successor, Gary Nagle, in spinning off its coal business.

“I’ll support him in anything that creates value for shareholders,” Glasenberg said in December.