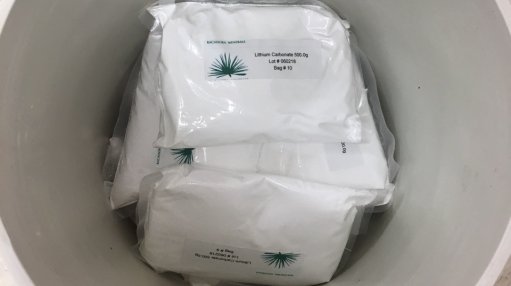 China's Ganfeng Lithium, one of the world's top lithium producers, on Thursday said it had offered to buy the shares it does not already own in Mexico-focused Bacanora Lithium for up to 190-million pounds ($264.5-million).

The deal, which values Bacanora at up to around 267-million pounds, follows the announcement of merger between lithium producers Galaxy Resources and Orocobre last month as demand for the key ingredient in electric vehicle batteries surges after a three-year downturn.

Ganfeng, which in February announced a plan to raise its stake in Bacanora from 17.41% to 28.88%, will acquire the remaining shares in the company for 67.5p a share, a joint statement said. The increase in Ganfeng's stake to 28.88% is expected to complete shortly, it added.

London-listed Bacanora, which aims to start production from its Sonora lithium project in Mexico in 2023, was trading down 1.7% at 44.25 pence around noon on Thursday, about one-third lower than Ganfeng's offer price.