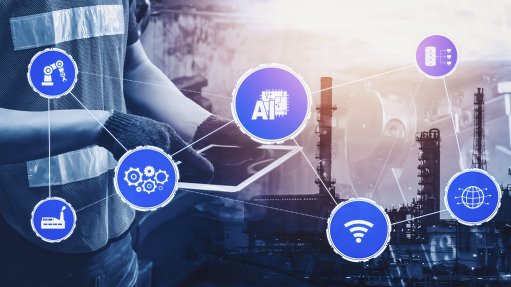 Sibanye-Stillwater has undertaken a digital first approach for the organisation
Photo by: Adobe

Precious metals miner Sibanye-Stillwater has undertaken a digital first approach for the organisation, with considerable value to be unlocked from a capital as well as an environment, social and governance (ESG) perspective, CEO Neal Froneman said, delivering the keynote address at the University of the Witwatersrand's (Wits') Digital Mining Laboratory (DigiMine) seminar on December 8.

He said the business has made considerable strategic and organisational changes in support of its digital first approach.

Froneman pointed out that the company has six key strategic focus areas that drive value creation in the organisation.

These are building a value-based culture; pursuing value-accretive growth based on a strengthened equity rating; prospering in South Africa’s investment climate; embedding ESG excellence as the way it does business; focusing on safe production and operational excellence; and optimising capital allocation.

Froneman emphasised that anything outside of these six focus areas had to be aligned to and supported by these focus areas.

Froneman highlighted that the organisation identified significant benefits to digital transformation. He noted that its investments in DigiMine bear testament to this, as the company would not have invested significantly if it did not see potential in this area.

He said the application of digital technology and work practices presented significant opportunity in the form of production and cost efficiencies.

Froneman explained that, while the analysis done might show small percentage differences, mining costs are such that even small percentages translate to considerable savings for the business.

He acclaimed that digital transformation was a key enabler of excellence and safety. He highlighted that, notably, the application of digital technology had significant safety, health and wellness benefits and will enhance the ESG performance of the organisation and facilitate more inclusivity for women in the business.

Therefore, he noted that it was not merely a commercially smart decision, but also, the right thing to do.

Froneman explained that a digital first organisation was one that not only adopts innovation and digital technology, but also creates culture, structure and processes that support digital transformation and looks to technology or digital solutions to realise an opportunity or solve a problem.

For example, he noted that the pandemic had accelerated working virtually and remotely, and while Sibanye’s operations have restarted and running at better productive output than pre-Covid, the organisation’s corporate and service function would not return to being office based.

He said that this was a good example of a digital first organisation, as employees were able to have a better work-life balance and not lose unnecessary time commuting, while investor conferences can be held globally without travel and emissions.

Therefore, he emphasised that digital first is about more than just digital technology.

Froneman emphasised the importance of people as assets. To undertake a digital first approach, the company had looked inwards.

A survey of workers indicated that over 90% believe digital technology and innovations were key for sustainability and the right performance, which Froneman noted showed there was no resistance to change and digital adoption.

Moreover, 75% believe that, as individuals, they have good ideas. Froneman noted that this was a considerable number, and therefore, the business had to capitalise on this and develop process to accommodate those ideas.

Also, 94% believe the business would be more successful if everyone was able to collaborate on ideas. Therefore, Froneman noted, it was important that the company adjusted its organisational structures.

Lastly, 61% thought the business did do not have the proper structures and processes in place, and it would have to put technology systems in place to a help manage and support from an organisation point of view.

Froneman explained that this was where the business began its approach. Out of the research, it summarised that three areas needed to be considered − culture, structure and process.

These were therefore the enablers for the business to embark on its digital strategy.

Froneman noted that it was similar to its health and safety strategy in that most of it was built around behaviour and value-based decision making.

He emphasised that this required engaged leadership that would ensure development. Across the business, this included 700 managers.

He indicated that a digital approach required three pillars of focus − an enabling environment, empowered people and fit for purpose systems.

Froneman said the business had partnered with industry experts to create a seven-step innovation process for digitalisation.

This entailed submitting ideas, moderating these, collaborating on the ideas, evaluating these, implementing a plan, value being realised and the process being locked in.

Froneman emphasised that this process alone was not enough to ensure success.

Therefore, the business adopted a partner in a performance continuous improvement process, which entailed building a continuous innovation pipeline, building organisation “wiring”, developing the capability to delivery and creating alignment and ownership.

Froneman highlighted that the business had proven its process with significant success through an integrated share service.

He highlighted that, in integrating shared services, about a R650-million improvement in annualised earnings before interest, taxes, depreciation and amortisation could potentially be achieved.

This has been implemented by 28 employees, who he said were now capable, autonomous innovators.

Moreover, the business was also exploring the opportunity for digitalisation in its processing operations, with metallurgical plant improvement potential.