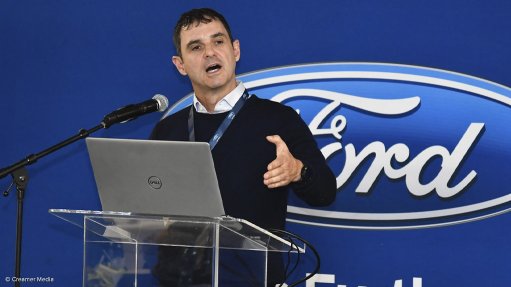 There is little doubt that the taxpayer will be left footing the bill for the problems experienced at power supplier Eskom, and probably so through higher electricity prices and increased taxes.

Over the last decade-plus, Eskom has seen generation capacity increase only slightly, with the amount of electricity sold declining and the parastatal’s debt load going up by more than a factor of ten, said Absa research head and chief economist Jeff Gable at a Ford media breakfast in Pretoria on Wednesday.

“So where are prices going to go? They are not going up by CPI [consumer price index], right?

“Over the next one and two and three and four, and maybe five and six and seven years, Eskom is going to get some version of significant price increase and that is only going to be part of the solution.

“The other part is going to some version of higher taxes.

“It is not an easy environment for us in South Africa – not easy at all – but there is no point to pretend it’s going to be anything else.”

Gable said the presence of renewable energy sources, the restructuring of Eskom and the appointment of a new management team would still translate into “higher electricity prices and a significant burden on tax payers”.

Revenue jumped from R39-billion to R177-billion.

It was a matter of life and death for the economy to fix Eskom, noted Gable.