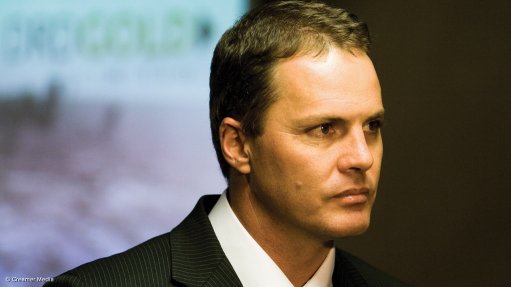 The gold producer, which is headed up by CEO Niël Pretorius, on Tuesday attributed the higher production mainly to the Far West Gold Recoveries project’s production of 4 790 oz.

This project has a planned ramp-up to 500 000 t a month from Phase 1. Final commissioning of Phase 1 was expected to be completed before the end of the current financial year.

The company further reported adjusted earnings before interest, taxes, depreciation and amortisation (Ebitda) of R58-million for the quarter, compared with the adjusted Ebitda of R29-million reported for the March 2018 quarter.

DRD stated that the higher adjusted Ebitda was mainly owing to the 4% increase in the gold price received, coupled with stable cash operating unit costs compared with the previous quarter – in terms of both per ton of material processed and per kilogram of gold sold.