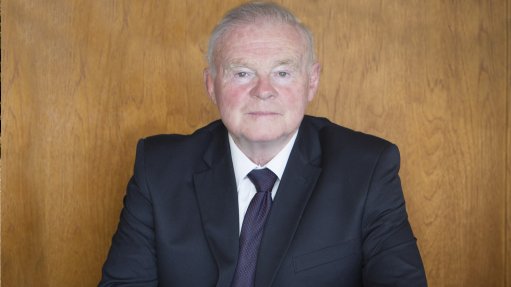 Diamond explorer and project developer Botswana Diamonds is in discussions with its joint venture (JV) partner, Botswana State-owned copper and nickel producer BCL, to undertake essential verification drilling on a cluster of diamond-bearing kimberlite pipes at the Maibwe exploration project, in the emerging diamond province of Gope.

Botswana Diamonds chairperson John Teeling says this is an “exciting prospect”, as analysis of the mineral chemistry shows that the pipes have diamond compositions similar to those of kimberlites in Botswana’s established Orapa diamond region and diamonds have already been found in four kimberlites.

He stresses that verification drilling is needed to take the Maibwe JV project further. “However, as a result of depressed commodities prices, BCL is lossmaking and unable to finance further exploration on the project. Botswana Diamonds has, thus, offered to undertake the necessary verification drilling to validate the composition and grades of the kimberlites.”

Maibwe comprises ten licences and is held by BCL, Botswana private company Future Minerals and South African investment company Siseko, in which Botswana Diamonds has a 51% share. After extensive exploration work, BCL, the project’s operator, discovered four diamond-bearing kimberlite pipes in 2015 in close proximity to each other, forming a 12 ha cluster.

Teeling highlights that there are currently powerful fundamentals driving the international diamond market, with demand emphasis moving from the US and Europe to Asia, and increased per capita income driving spending on luxury items such as jewellery. However, he points out that most existing diamond mines are depleted, with no major diamond discoveries occurring in the past 12 years. This, together with the typically long lead time between discovery and the start of production, has led analysts to predict a diamond supply deficit in future, accompanied by upward pressure on prices.

To prepare for this, Botswana Diamonds is focusing on its exploration programmes at its JVs in the Orapa and Gope areas, which it believes could yield commercial kimberlites. Teeling highlights that, while grassroots diamond exploration is financially a high-risk endeavour, the company is mitigating these risks through its choice of location and by partnering with technologically advanced explorers.

He notes that Botswana is the world’s largest producer of diamonds by value and is a leading provider of large stones, with 13 known kimberlite fields in the country containing more than 400 kimberlites. Eight of these fields have become mines, producing 15% of the world’s diamonds.

In addition to Maibwe, Botswana Diamonds has an active exploration programme in Sunland Minerals – a 50/50 JV with the world’s biggest diamond producer Alrosa – with seven exploration licences each in Orapa and Gope.

Teeling highlights that the main focus of drilling this year has been in Orapa on the AK 21, AK 22 and AK 23 kimberlites on licence PL 260 to assess the economic potential of the area.