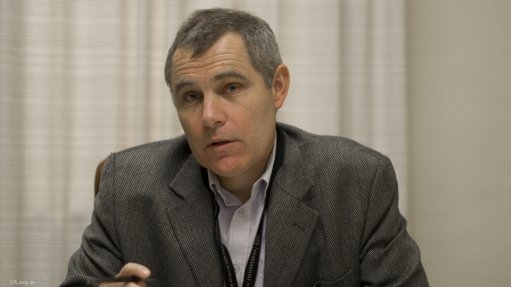 JOHANNESBURG (miningweekly.com) – The destruction of 95% of South Africa’s once-buoyant diamond cutting and polishing industry showed once again that governments could not micromanage businesses and should not try to do so, Democratic Alliance (DA) Shadow Mineral Resources Minister James Lorimer said on Thursday.

The Opposition Shadow Minister stated in a media release that his party was appalled by the news that the last, biggest diamond cutting and polishing company in South Africa – Zlotowski Diamond Cutting Works, a subsidiary of Chow Tai Fook of Hong Kong – was closing.

The subsidiary of one of the world’s largest listed jewellery companies sustained some 170 South African jobs in mainly the Newcastle area of KwaZulu-Natal.

“An industry that was previously a significant employer of South Africans has now near-vanished, taking with it numerous job opportunities,” Lorimer lamented.

The number of cutters and polishers in the country used to total about 4 500. With the closure of Zlotowski, only about 200 remain.

The closure is the latest chapter in what Lorimer described as “the catastrophe visited on the South African cutting and polishing industry” since the government ignored industry advice and passed the Diamond Second Amendment Act in 2007.

“We need to follow the examples of countries like India and Belgium, where the regulators operate closely with the industry,” he said, adding that the South African industry had been strangled by red tape and was run by people with little knowledge of the industry.

Currently, the South African Diamond and Precious Metals Regulator did not have a single beneficiation representative on its board.

“The African National Congress paints beneficiation as its next step forward for the mining industry, and plans close government involvement with achieving it. Its destruction of 95% of the diamond cutting and polishing industry shows, once again, that governments cannot micromanage businesses and should not try to do so,” the Shadow Minister reiterated.