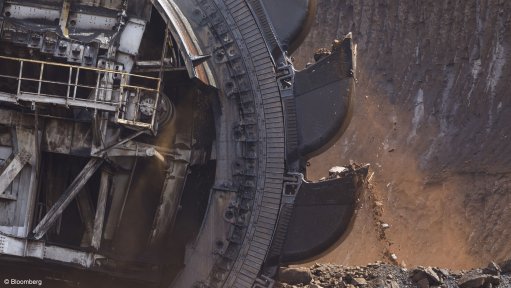 Moves by some of the world’s biggest banks to end coal financing for the sake of the planet was supposed to create major headaches for companies like Whitehaven Coal.

Yet there was the Australian miner on a conference call last month announcing the refinancing and extension of a A$1-billion credit line, backed mostly by Chinese and Japanese lenders.

“Our banking relationships are strong, we are really well supported,” CFO Kevin Ball said. “That might come as a little bit of a surprise to people who aren’t familiar with coal.”

The relatively easy credit underscores the challenge of ridding the world of the dirtiest energy source. While global banks including Goldman Sachs Group and BNP Paribas are withdrawing support for coal mines, others are stepping into the breech.

Asian banks and export credit agencies, private-equity firms and the cashflow from coal sales are all keeping the mines operating with ample funding even as pressure mounts to put the industry out of business. The Export-Import Bank of China and the Japan Bank for International Cooperation lead firms that have committed $29-billion for new coal power projects in Vietnam and Indonesia alone.

“If the strategy is to starve coal mines of all debt finance there is still a long way to go,” said Richard Denniss, chief economist at the Australia Institute, an environment-focused think tank.

There are several reasons why money continues to flow into the pariah commodity that’s responsible for 800 000 premature deaths each year, according to campaign group End Coal.

COAL PLANTS
Asian powerhouses China and Japan remain heavily reliant on coal-fired generation for their energy needs. Coal accounts for more than 65% of the power supply in China and 30% in Japan, and still generates more electricity globally than any other fuel.

China saw an increase last year of 2%, resulting in a share of more than half the world’s coal-fired generation for the first time.

Banks from these end-user countries are increasingly coming to Australia to fund resource projects, Whitehaven’s Ball told investors. Bank of China and Mitsubishi UFJ Financial Group are both part of Whitehaven’s loan syndicate, according to data compiled by Bloomberg.

In all, Chinese and Japanese banks now hold over 50% of the debt facility at Sydney-based Whitehaven, compared with about 20% six years ago when local lenders dominated. Australia’s biggest lender, Commonwealth Bank of Australia, is no longer part of the group, though Australia & New Zealand Banking Group remains.

More broadly, Asian banks dominate global funding for coal mines and plants, particularly in countries like Vietnam and Indonesia, which have some of the world’s most aggressive plans to ramp up coal power production over the next decade.

Chinese, Japanese and Korean state-owned export credit agencies are providing a “significant portion” of the money committed to building coal power stations in Southeast Asia, according to BloombergNEF.

The quandary for Japan was expressed last month by the head of JBIC, the state-run firm that’s been lending billions for coal-power projects. Tadashi Maeda said he prefers to invest in new technology to reduce emissions, rather than scrap financing altogether.

“Is it just enough to say we don’t do coal?,” Maeda told reporters. “If Japan doesn’t do it, other countries will.”

These new backers are increasingly drawn to coal projects in search of yield. Whitehaven refinanced its most recent loan at a rate of 200 basis points over the Australian swaps rate, or more than 40 points higher than the median rate for Aussie-denominated corporate loans of the same maturity, according to Bloomberg data. In an era of rock-bottom interest rates, that’s an attractive yield for a profitable company.

“There will continue to be financing at the right price,” said Dan Farley, Boston-based chief investment officer of Investment Solutions at State Street, who oversees $266-billion. The company didn’t disclose whether these holdings include coal.

However, as more banks retreat from funding thermal coal, operators around the world are bracing for higher finance costs - and increased risks that the projects will be scrapped. Last year, Polish generator Enea told shareholders borrowing costs would increase, and in February said it was suspending support for a new power station.

“There is clear proof that capital is fleeing the thermal coal power sector,” said Tim Buckley, director of energy finance studies for Australasia at the Institute of Energy Economics and Financial Analysis. “Not all capital, not yet, but the tide is going out.”

About half of the proposed 41 GW of coal-fired capacity in Indonesia and Vietnam over the next decade haven’t secured funding, and plans by some banks in Japan, South Korea and Singapore to exit the sector increase the risk they never will, BloombergBNEF said in a report last month.

Global finance is on a “progressive exit” from the coal sector, IEEFA’s Buckley says. “But it will be a transition, not an abrupt overnight closure.”