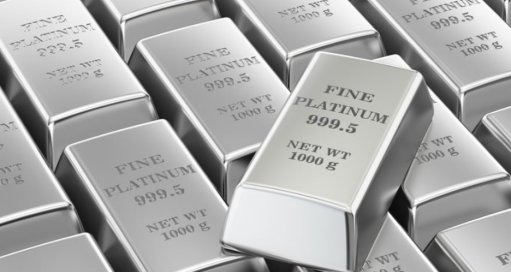 JOHANNESBURG (miningweekly.com) – Depressed platinum is being nudged into a sweeter spot by a combination of the Covid-19 pandemic, new focus on diesel vehicles, trickling substitution of platinum for palladium and worsening supply constraints, Mining Weekly can report.

Covid-19 funding demands are extending out the planned rollout of rival battery-electric-vehicle infrastructure. Demand for platinum-using mild diesel hybrid vehicles that can meet emission-reduction legislation is rising. The substitution of expensive palladium for much lower priced platinum is edging its way in, and the delayed return of the processing chain of major platinum producer Anglo American Platinum continues to blur to the supply position.

All these influences are collectively putting hard-done-by platinum on to a far better footing.

Although Covid-19 lockdowns have rekindled the public’s desire for clearer skies, cleaner air and climate-change mitigation, Covid-19 has sapped up funds, which is putting a hold on the building of the electrical distribution infrastructure necessary for battery electric vehicles.

With battery electric vehicles not rolling out in high volume, re-importance is being placed on mild hybrid diesel vehicles, which emit 35% less carbon dioxide than the conventional gasoline engine with platinum’s help.

“To get that 35% saving without battery electric becomes very important. We think that the Covid-19 pandemic has increased the importance of the diesel vehicle, particularly the mild hybrid diesel vehicle.

“There are a plethora of models already available and selling in Europe. We think sales of those vehicles will increase and that will increase the platinum demand. There is so much noise going on with Covid that it is hard to see through into the mist but there are interesting things going on,” Mining Weekly learns from a top source.

The reason that gasoline is mainly palladium and diesel is mainly platinum is because of sulphur.

When they tried to put palladium into diesel cars, they found that the sulphur was poisoning the palladium. The reason is that the diesel engine is a much lower temperature engine than a gasoline engine.

When that sulphur does affect the palladium in gasoline engines, high temperature can burn off the residual sulphur, whereas in the lower temperature diesel engine that sulphur causes a problem.

“In essence, any diesel engine is platinum dominant and any gasoline engine is palladium dominant,” Mining Weekly is informed. Certainly, if diesel vehicles become more important, we expect that there’ll be higher demand on platinum.

"The other interesting dynamic is that because the palladium price rose so high, the issue around substituting palladium with platinum has come up time and time again. The argument is that it is hard to do and that it is difficult and slow, but in reality substitution is sneaking in. The problem is that information is completely proprietary and can’t be shared,” Mining Weekly is told.

But, as Johnson Matthey has stated, there will be some substitution of palladium by platinum in some gasoline engines.

What is more, the German chemicals giant BASF has completed its research and the know-how is tested and available.

“You’ve got these two things going on that certainly are big deals for platinum. One is that the palladium price is still $1 000/oz higher than platinum and the second is that the substitution ratio is 1:1.

“We certainly believe that substitution is another strong reason why platinum is in better shape after Covid than it was before,” Mining Weekly is told.

This represents a growing supply constraint that has led China to stock up with platinum in a similar way that it did during the 2008 global financial crisis and again in 2014 ahead of South Africa’s long platinum strike.

“What we do know is that the industrial users and jewellery users in China act on two things. They act firstly when they are worried about supply and secondly they act on cheap prices,” World Platinum Investment Council (WPIC) research director Trevor Raymond told Mining Weekly in an interview last month.

Amplats’ chain of processing facilities, as well as the ACP Phase B unit that was meant to replace it, was temporarily closed on March 6, following an explosion.

An update, Amplats said, would be provided as soon as more information was available, which was expected to be early next week.

In the meantime, the repair of Phase A unit was progressing well and was unaffected by the current work at ACP Phase B unit.

All orders for long-lead items for Phase A had been placed and dismantling work had begun on site, Amplats stated in an earlier release.

Substitution in light duty gasoline vehicles, without compromising emissions standards, is said to be under way, which follows the public statement by Johnson Matthey, in a largely confidential environment, that platinum could be replacing palladium in ‘underfloor’ catalyst units in gasoline cars by February 2021.

Since platinum-group metals (PGMs) were used in the first-ever autocatalysts, or catalytic converters, developed in the 1970s, substitution by one PGM for another has been a feature, WPIC stated this week.

PGMs usage, WPIC stated, is determined by multiple factors including the effectiveness, availability and price of each metal, as well as tightening emissions standards.

The catalytic efficiency of each metal is influenced by engine temperature, fuel type, fuel quality and durability of the type of PGM-coating or ‘washcoat’ used to fabricate the autocatalyst.

In the 1990s, the low price of palladium led to it replacing platinum in gasoline autocatalysts, despite twice as much palladium than platinum being required to achieve the same level of emissions control. This 2:1 substitution ratio was necessary at the time because palladium’s catalytic efficiency is compromised by the presence of sulphur; gasoline then had a relatively high sulphur content.

Demand, supply and the associated cost of purchasing PGMs for autocatalysts also impact usage. For example, the spike in the price of palladium in 2000, at a time when more palladium was being used annually in vehicles than was being mined, resulted in platinum substituting palladium.

Notwithstanding the economic disruption caused by the Covid-19 pandemic, the PGMs market is experiencing a similar imbalance, with annual automotive palladium demand exceeding mined supply and sustained palladium deficits being seen. This has led to a distortion between the price of platinum and palladium, with the latter currently trading at a price premium of more than $1 000/oz.

The high price, sustained demand growth and limited supply growth of palladium is making material platinum demand growth owing to substitution of some palladium in gasoline cars, according to WPIC.