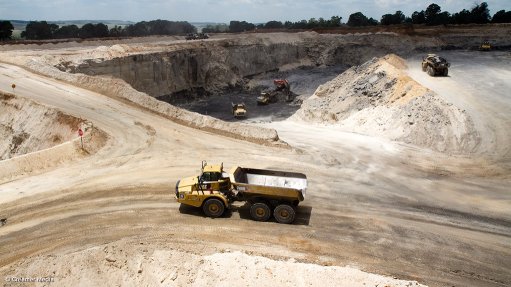 JOHANNESBURG (miningweekly.com) – South Africa-focused coal miner Continental Coal’s net loss attributable to members for the six months ended December 31 increased by 146% to A$15.79-million, as opposed to a loss of A$6.41-million for the prior corresponding period.

The company’s basic loss a share also increased to 2.29c from 1.37c previously, although its revenue increased by 28% to A$39.9-million during the six-month period.

Continental, however, pointed out that post December 31 it received A$5-million initial bridge funding as part of its recapitalisation strategy, adding that larger recapitalisation plans were also well advanced.

“[As a result of the bridge funding], Continental has made key payments to current creditors and negotiated a three-month standstill period to recapitalise the group and restructure its financial arrangements,” the company said.

In future, the group would focus on, and ensure, stability at an operational level within its current mining operations, while saving significant costs at a corporate level.

As part of the restructuring process, Continental would also look to strengthen its black economic-empowerment credentials in South Africa as well as its synergies with key strategic partners, including State-owned power utility Eskom, parastatal freight and logistics group Transnet and the Richards Bay Coal Terminal.

“The reconstituted board of directors have complete faith in the assets and operational management of the company, and are optimistic that a range of strategic and financing opportunities will be advanced so as to stabilise the group's balance sheet and focus on significant growth following completion of a proposed rights issue,” Continental said.

The trading of Continental’s securities on the ASX and Aim, which was halted in early January as part of the recapitalisation programme, remained suspended.

OPERATIONS
During the six months to December 31, the group continued its programme of establishing itself as a successful thermal coal mining, production, exploration and development group in Southern Africa, focusing on the ramp up of its flagship Penumbra coal mine, in Mpumalanga, and advancing the De Wittekrans coal project, also in Mpumalanga, with the granting of its mining right.

The company’s total run-of-mine coal production increased by 20% during the half-year to 1.2-million tonnes, compared with the prior corresponding period.

Export yields at the Penumbra operation had shown a steady increase during the six-month period with an average yield of 55.4%.