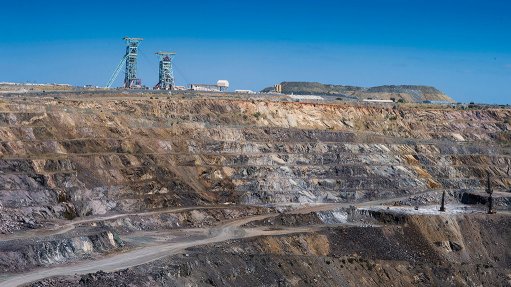 WorleyParsons RSA has been awarded the engineering, procurement and construction management (EPCM) contract for the De Beers Venetia Underground Project, a culmination of more than a year’s joint efforts by Anglo American, De Beers and WorleyParsons to resolve a benchmark industry contract and delivery methodology that will ensure the successful delivery of the project.

In 2007, De Beers and Anglo American took the decision to replace the existing Venetia open pit diamond mine – South Africa’s largest producer of diamonds – with an underground mine beneath the current operating open pit as mining of the Kimberlite pipe will not be viable through open cast mining methods in the future. The project scope provides for a techno-economic underground mining and infrastructure solution to continue the mining of the ore bodies and extending the life of the mine by some 25 years. The underground mine will comprise a twin shaft and decline mining complex that will reach a depth of 1 000 m when completed.

WorleyParsons has been involved in the Venetia Underground Project since feasibility stage and was commissioned to execute the detailed engineering design for both the surface and underground infrastructure for the new underground mine.

The EPCM contract is the largest ever project award received by WorleyParsons RSA, and will see the underground mine through to completion in 2022, says Henry Jonker, ‎General Manager - Mining at WorleyParsons RSA.

“This contract is a result of the combined efforts from all parties who worked tirelessly for over a year to evolve the project into a different format. During our negotiations, De Beer’s holding company Anglo American was in the process of changing its project execution synopsis, and this is the first contract signed globally in line with Anglo American’s new model,” commented Jonker at the official signing of the contract on 21 October 2016.

“The new contract model is pioneering for Anglo American in its structure,” says WorleyParsons RSA CEO Denver Dreyer. “We acknowledge that a lot of effort and teamwork has gone into getting the project to this point, and we look forward to continue working closely with De Beers to successfully complete this prestigious project.”
Christoff Kühn, Head of Projects at De Beers, concurs that it’s been quite a journey to get to this point. “WorleyParsons is playing an integral part in the ‘tripartite alliance’ created between De Beers, WorleyParsons and Murray & Roberts (M&R) Cementation, who is currently undertaking shaft sinking operations on both shafts. We now have the correct building blocks in place and the project is set up for success.”