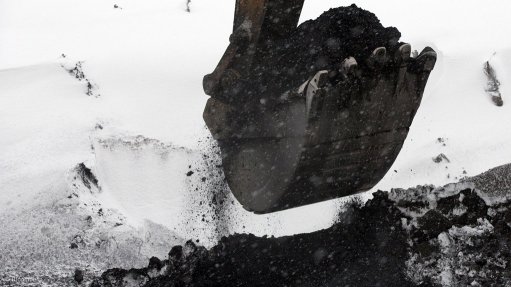 In its ‘Industry trend analysis: global forecast to 2027’ report, BMI forecasts an increase in Chinese consumption of thermal coal from 3.4-billion tonnes in 2018 to 3.5-billion tonnes by 2027, with growth slowing to an average of 0.5% year-on-year over the next decade, compared with the 4.2% year-on-year growth the decade before.

Unpacking the global trends in coking and thermal coal production and consumption for the period from 2018 to 2027, BMI says that, despite the slowdown, China's consumption will be two to three times larger than that of the second-largest consumer, India, by the end of the forecast period.

However, owing to slowing economic demand and a waning of domestic steel demand, China will substantially lose its market share of coking coal consumption to India, Japan, Kazakhstan, Ukraine and Turkey, which will increase their market shares.

Similarly, China will also lose its market share of thermal coal consumption to India, Turkey and Indonesia over the coming decade.

China will maintain its dominance in the producers' market for both types of coal, with absolute thermal coal production increasing from 3.2-billion tonnes in 2018 to 3.3-billion tonnes by 2027, the research firm said.

In 2026, Russia is expected to surpass Indonesia as the third-largest coking coal producer in the world.

“Over the years, China, Australia and Indonesia will slowly lose the global market share of coking coal production to Russia, India and Mongolia,” BMI adds.

In addition, China, the US and Indonesia will slowly lose global market share of thermal coal production to India, Russia and Poland.