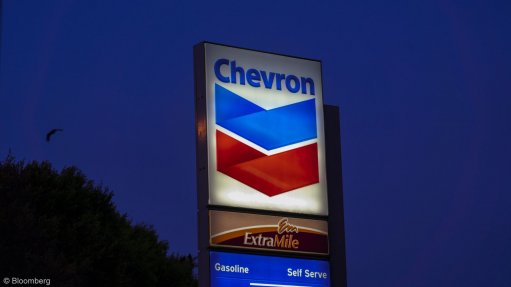 Chevron. will start a sales process for its interest in the North West Shelf project in Australia, one of the nation’s first liquefied natural gas export ventures, after receiving a number of approaches from potential buyers.

The US energy major has been looking to make cutbacks as the industry grapples with a once-in-a-generation collapse in demand because of the coronavirus pandemic. The company made the decision to start a formal marketing process for its 16.67% stake after receiving unsolicited approaches “from a range of credible buyers,” it said in an emailed statement Thursday.

Analysts estimate that the stake could be worth $3-billion to $4-billion, with the value seen reduced following a sharp drop in LNG prices this year. Prior to the pandemic, valuations had ranged as high as $6-billion.

Chevron said now is a good time to consider exiting as the facility is transitioning from selling gas owned by the partners to opening its services to new suppliers, an arrangement known as tolling.

“The NWS Project is shifting its focus towards becoming a globally competitive third-party tolling facility, and this is the appropriate time for Chevron to consider fair value proposals from potential buyers,” it said in the statement.

North West Shelf has been in operation for more than three decades, and as its foundational gas fields begin to run dry the project has been considering options to sustain output. Operator Woodside Petroleum is keen to see gas from its Browse project feed into NWS, but has struggled to get the partners to align on that strategy. Chevron also has gas resources in the region that could feed into NWS.

“We’ve seen significant misalignment between Chevron and some of the other North West Shelf partners,” said Neil Beveridge, senior resources analyst at Sanford C. Bernstein, noting that Chevron did not have a stake in Browse. A sale would make sense for Chevron if it could get a reasonable price, Beveridge said, adding that Woodside could be a potential buyer given that NWS is one of its core assets.

Chevron said that it remained committed to the Australian market as operator of the giant Gorgon and Wheatstone LNG projects, also in Western Australia. It is also re-entering the country’s retail fuel market following last year’s A$425-million acquisition of Puma Energy.