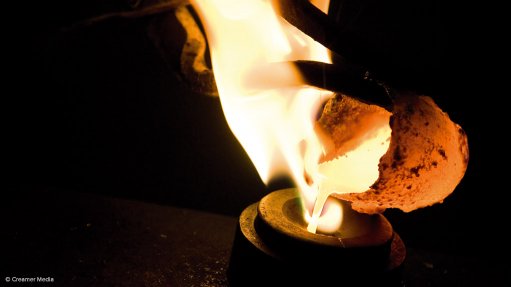 TORONTO (miningweekly.com) – Canadian gold miner Centerra Gold has agreed to buy indebted US miner Thompson Creek Metals in a deal worth about $1.1-billion.

Toronto-based Centerra said it would redeem all of Thompson Creek's secured and unsecured notes at their call price plus accrued and unpaid interest.

As at March 31, Denver, Colorado-based Thompson Creek held $823-million in long-term debt, which it ran up for the 2010 acquisition of the Mount Milligan copper/gold project, in British Columbia, and for the subsequent development of the mine that was expected to produce 270 000 oz/y of gold and up to 65 000 lbs of copper this year.

“The combination with Thompson Creek is a highly compelling transformative transaction that diversifies Centerra’s operating platform and adds low-risk production and cash flow from a very high quality, long-lived asset in Mount Milligan. The acquisition will establish an operating base in Canada – one of the lowest risk mining jurisdictions in the world – which will complement our Canada-based Greenstone project and provide for further flexibility to expand into the Americas,” Centerra CEO Scott Perry stated.

Centerra, which operates Kyrgyzstan's biggest gold mine and economic dynamo, Kumtor, had been locked in a bitter dispute with the Central Asian nation's government over profit sharing and project ownership, forcing the company in May to turn to international arbitration. It had steadily been geographically diversifying its asset base.

The combined company was expected to be firmly established as a low-cost gold producer with a geographically diversified footprint and industry-leading margins. The combined company would also possess a high-quality pipeline of development opportunities and was well positioned to sustain and grow its production base.

“With a strong balance sheet and liquidity profile, sector leading operating margins, and moderate capital requirements, the combined company is expected to continue to generate robust free cash flows for many years to come,” the companies said in a joint statement.

Upon closing, existing Centerra and Thompson Creek shareholders were expected to own about 92% and 8%, respectively, of the pro forma company.

Centerra proposed to finance the redemption of Thompson Creek’s secured and unsecured notes with a combination of a new $325-million senior secured revolving credit facility and term loan facility provided by Scotiabank, a C$170-million bought deal subscription receipt offering announced separately on Tuesday, and with cash on hand at Centerra and Thompson Creek.

Centerra had also entered into a binding commitment letter with metals streaming firm Royal Gold, whereby Royal Gold’s 52.25% gold streaming interest at Mount Milligan would be amended to a 35% gold stream and 18.75% copper stream. This arrangement was expected to maximise Centerra’s exposure to gold.

The molybdenum business was expected to operate on a cash-flow-neutral basis and represented significant potential value upside in the future.

The transactions were expected to close in the fall this year.