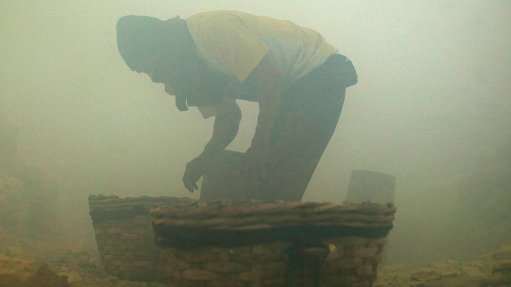 REACHING FOR THE RARE Africa is showing potential with some interesting rare earth deposits being discovered in countries such as Kenya
Photo by: Bloomberg

“Among other regions, Africa is showing potential with some interesting deposits being discovered in Kenya, for instance. However, our company believes that the political risk as well as the lack of infrastructure in Africa and elsewhere must be considered before investing,” says Canada Rare Earth CEO Tracy A Moore.

He adds that there has been a lot of “puffery” in the rare earths industry over the last three to four years, but highlights that the industry has, more recently, undergone a transformation. Moore maintains that industry players are becoming increasingly aware of the real rare earths business opportunities and the best exploration and new mining opportunities.

“The best exploration plays are well known to Canada Rare Earth and others but, for resource projects to become viable operations, they must be coordinated and integrated with a reputable and proven separation refinery, a dedicated customer base and financing. We will need to associate ourselves with dedicated customers and, most importantly, establish a reputation for having a proven means of separating the rare earths into individual elements,” says Moore. He argues that without a proven method of separation, investors will not finance the refinery, let alone the mine.

Meanwhile, one of the primary challenges facing the rare earths industry is obtaining government approvals, which lead to operating permits.

Moore adds that the company is continuing to communicate with the local authorities in the eight jurisdictions it is studying, and will adhere to local and international standards to mitigate government challenges in future.

“Despite government-related obstacles, an affiliate of Canada Rare Earth has mechanically completed a rare earths separation refinery outside China,” he says.

Moore highlights concentrate sourcing, as well as refinery design and construction, as part of the company’s portfolio, adding that major prospective customers have shown an interest in the company in recent months and have toured its affiliate rare earths separation refinery.

Joint Venture Development The company is currently not exploring any new technologies or adapting to new trends, as the company’s existing model is based on tried and proven technologies and design and build experience.

“We have a method that has proven successful and, when it comes to trained staff, we hire a large number of employees at a time,” says Moore.

He highlights that the company’s affiliate employed 200 to 300 employees to participate in a recently completed project.

Moore elaborates that Canada Rare Earth’s affiliate recently completed a 3 000 t rare-earths refinery outside China. “This refinery is not owned or directly connected with Canada Rare Earth at this time, but negotiations to connect the two should be under way in the next few months,” says Moore.

The project, which is valued at around $250- million, involves the separation of rare-earth concentrate into all commercially transacted individual rare-earth elements. “It is mechanically complete and is currently pending final local government approvals,” says Moore.

Meanwhile, Canada Rare Earth announced in February that it had entered into a letter of intent with private Brazilian mining company Mineracao Mata Azul SA to form a joint venture (JV) for the development of an integrated rare earths project in Brazil.

Canada Rare Earth will have an initial 47.5% JV interest and 50% of the voting rights. The JV will involve the exploration of Mata Azul’s rare earths property in Tocantins, Brazil, and, if warranted, the development of a rare earths concentration facility and refinery for the production of rare-earth oxides for sale to end-users.

The Tocantins property has been the subject of several exploration programmes, including sampling, regional mapping, the drilling of wells, trenching, auger drilling, chemical and petrographic analyses, mineralogy and beneficiation tests. Mata Azul holds the mineral rights to the property, which covers about 100 km2.

Under the JV, Canada Rare Earth will be primarily responsible for raising the required funds for exploration, development and mining, as well as the funds required to build the concentration facility and construct a refinery.

The JV participants will coordinate their efforts to arrange financing for the project from third parties through debt and/or equity participation at project level and through product offtake agreements with rare earths end-users.

Canada Rare Earth will primarily be responsible for the design and build of a 6 000 t/y refinery and for arranging ongoing operational logistics, under the direction of a separate management committee.

“We are very pleased to have entered into the agreement with Mata Azul. The property has excellent potential to host significant quantities of critical rare-earth elements within the hosting mineralogy, with which we have experience. We are also impressed with the experienced Mata Azul team and the accommodating mining and processing jurisdiction in Brazil,” says Moore.