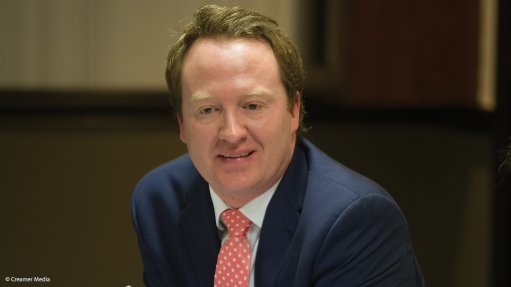 “Although the Mining Charter has taken centre stage in recent months, the MPRDA Amendment Bill is not without its own challenges both from a procedural as well as a Constitutional perspective. Its withdrawal will improve regulatory certainty and investor confidence in the mining sector.

“It remains to be seen what the final version of the Mining Charter will look like. Although regulatory certainty is critical to attracting investment into the mining sector, the actual content of the final version of Mining Charter will play an equally important role in either attracting or deterring investment,” Leyden noted.

Newswire Reuters reported earlier on Thursday that the Mining Charter could, however, still be the subject of legal challenges if mining companies are unhappy with its contents after it is published.

Communications Minister Nomvula Mokonyane told the media during a post-Cabinet media briefing that more details about the charter would be announced by President Cyril Ramaphosa on Friday when he unveils a new economic stimulus package to kickstart economic growth.

Policy uncertainty has stifled investment in the mining industry of Africa’s most industrialised economy, which has also faced a wave of job cuts during a downturn in commodity markets, high wage costs and a volatile labour environment.

Analysts say addressing policy certainty in the mining sector could lead to billions of dollars of new investment.

Mokonyane further said Cabinet, during its meeting on Wednesday, backed the withdrawal of the MPRDA Amendment Bill, which would have given the State a 20% minority stake in new gas and oil exploration and production ventures, which the industry had said would discourage investment.

Amendments to the MPRDA were passed by Parliament four years ago but the draft law was sent back to lawmakers by former President Jacob Zuma in 2015 due to concerns over whether they were constitutional.

The Bill would have allowed the Mineral Resources Minister to require that a portion of extracted resources be processed domestically and not be exported in raw form.