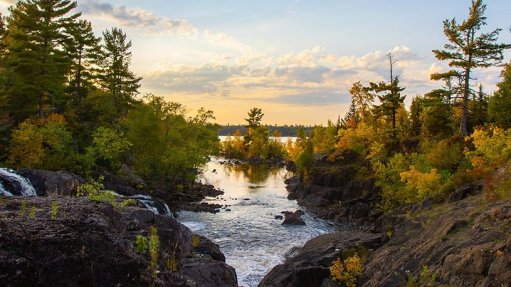 The US Department of the Interior canceled two mineral leases for Antofagasta's proposed Twin Metals copper and nickel mine in Minnesota on Wednesday, effectively killing the project and handing a major win to environmentalists.

Biden officials on Wednesday said Trump erred in giving the leases back.

"We found the leases were improperly renewed in violation of applicable statutes and regulations, and we are taking action to cancel them," said US Interior Secretary Deb Haaland, adding that her department has a responsibility to "ensure that no lessee receives special treatment," though she did not elaborate.

Twin Metals, which is controlled by Chile's Antofagasta, said it feels the decision was based on politics and not science.

"We will challenge this attempt to stop our project and defend our valid existing mineral rights. We expect to prevail," said Twin Metals spokesperson Kathy Graul.

The step was in addition to a plan announced last fall by the White House to impose a 20-year ban on mining in Minnesota's Boundary Waters region, where Antofagasta hopes to build an underground mine to supply copper for electric vehicles, which use twice as much of the red metal as those with internal combustion engines.

The leases were first granted in 1966 and have been passed between successor companies. No mining has taken place at the site.

"It is heartening to have an administration making decisions with integrity. Twin Metals leases should never have been reinstated in the first place, and this announcement should stop the Twin Metals mine threat," said Becky Rom of the Campaign to Save the Boundary Waters, a Minnesota conservation group.

Reuters reported last year that Biden aims to look abroad for metal supplies and focus on domestic processing into battery parts. The strategy was a move by Biden to shore up support with environmentalists and counter to his private commitment to miners during the 2020 presidential campaign to allow more domestic mining.