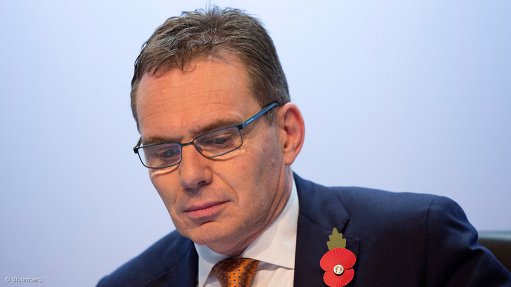 JOHANNESBURG (miningweekly.com) – Claims and appeals in Brazil's unpredictable legal environment are obscuring the potential size of BHP Billiton's burst-dam compensation payout, which is oscillating between a hoped-for $2.3-billion, the sudden return of a suspended $6.2-billion and the refusal to go away of a $58-billion claim.

“BHP Billiton has suffered a fresh setback in Brazil,” the Sydney Morning Herald said in a report that quotes Shaw and Partners analyst Peter O'Connor as saying that, under Brazilian law, a large number of independent prosecutors are able to launch claims on behalf of the Brazilian people whenever they see fit.

“This may not be the last time BHP's legal settlement in the South American nation is interrupted. These headlines are going to keep coming for some time, possibly a very long time, and BHP will have to prove their position.

"Maybe the ultimate end here is that BHP and Vale give Samarco back to the Brazilian government,” the paper quoted O’Connor as saying.

BHP Billiton, headed by CEO Andrew Mackenzie, is in a 50:50 joint venture (JV) with Vale at Samarco.

On March 2, BHP Billiton announced that Samarco, Vale and BHP Billiton Brasil had reached a court-ratified $2.3-billion framework agreement with three tiers of government for the restoration of the environment and communities affected by the Samarco slimes dam failure, the thick red mud from which killed 19 people in Brazil's worst environmental disaster.

The Samarco iron-ore mine has been closed since the accident, with environmental officials maintaining that it will be allowed to reopen only when safety can be assured.

Court ratification suspended the civil public claim of $6.2-billion (BRL20-billion) for clean-up costs and damages, only to be overturned on Thursday, when an interim order of the Superior Court of Justice reinstated the $6.2-billion civil claim.

“This makes the potential payout a murky issue once again," The Australian commented on Friday.

BHP Billiton Brasil intends to appeal the decision. Samarco will, in the meantime, continue to support the long-term recovery of the communities and environment affected by the dam failure, BHP Billiton said in a media release.

Ratification of the framework agreement is seen as crucial to BHP Billiton and Vale avoiding the higher payout, which followed a colossal $58-billion lawsuit lodged by federal prosecutors.

“That $58-billion suit, separate to the $6.2-billion claim, was seen to be greatly weakened by the ratification of the March deal, which is why federal prosecutors appealed the decision,” The Australian commented further, adding that ratings agency Standard & Poor’s said at the time that the credit outlook for the Samarco JV partners was not under threat, given the ratification of the March framework agreement.

“We understand that the same court, which ratified the March 2016 agreement, will decide whether the ($58bn) lawsuit will proceed,” the ratings agency added at the time.

BHP and Vale want to restart the Samarco business, which mines iron-ore and produces iron-ore pellets in the Brazilian state of Minas Gerais.

A restart was expected to occur before the end of this year, but a Samarco executive told Reuters in June that those hopes had been dashed by uncertainties over when the business might receive restart permits.

The delayed restart has forced Samarco to lay off about 1000 workers.

Meanwhile, BHP Billiton is scheduled to announce its full-year financial results on August 16 and hold its yearly shareholders meeting in Brisbane on November 17.