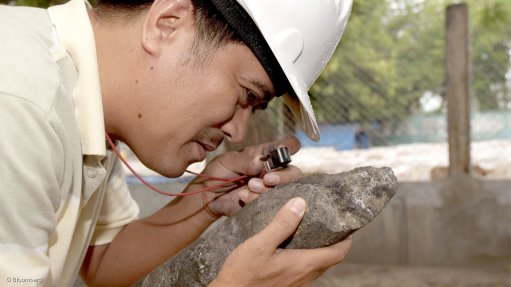 The project would cost $188-million to build and produce 138 000 oz/y of gold in the first four years of operations, followed by 98 000 oz/y for the next decade of mine life.

The after-tax and imputed-interest net present value, including a 10% discount, was estimated at $194-million, with a 53% internal rate of return.

The mine would produce gold at all-in costs, including capital cost and excluding taxes and imputed interest, of $679/oz.

The operation would use a conventional gravity and carbon-in-leach process plant, which could achieve 93% recovery for the pit and 83% for tailings, to recover a total of about 1.46-million ounces.

Both of the studies were based on a cutoff grade of 0.9 g/t and a gold price of $1 110/oz, and were undertaken by Snowden mining industry consultants.

“The robustness of the results of the mineral resource estimate and PEA indicate the potential for the development of a new mine at Kalana and Avnel intends to immediately commence a prefeasibility study and, assuming that to be positive, a feasibility study,” Avnel CEO Howard Miller said.