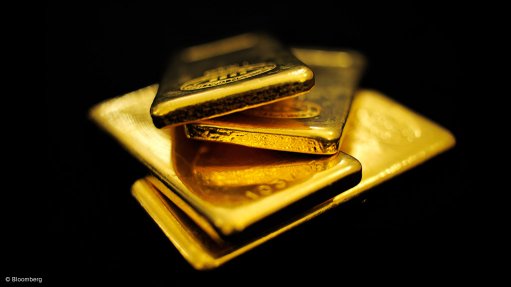 Gold exploration and development company Vector Resources has successfully completed the due diligence period to buy 60% of the Adidi-Kang gold project, in the Democratic Republic of Congo (DRC), agreeing to enter into a joint venture (JV) with Mongbwalu Gold Mines (MGM) and Fimosa Capital.

The company notes that numerous positive findings have been identified in the due diligence review, in particular the opportunity to incorporate additional areas of mineralisation defined by previous wider spaced drilling by AngloGold Ashanti into a new Joint Ore Reserve Committee 2012- (Jorc 2012-) compliant resource that the company is aiming to complete in the March quarter.

The completion of the recent site visit, which was attended by the company’s competent person and senior geologist, Peter Stockman, has further confirmed this opportunity as well as the potential for other targets within the project area, says Vector.

No further issues were discovered in relation to the development and mining approvals in place, which includes a completed environmental- and social-impact assessment and financial guarantees in place with the appropriate regulatory and administrative bodies in the DRC.

The review by Vector’s technical team of an estimated 115 sea containers that contain about 70% of the mechanical equipment required for the first process module under the previous AngloGold Ashanti feasibility study was also extremely positive and the team noted that much of the equipment had not been touched and had been appropriately secured at the site. The company plans to engage both electrical and mechanical engineers to review this equipment in more detail as soon as possible.

Vector, MGM and Fimosa Capital continue to advance the transaction documentation and remained confident, as of January 15, that this would be completed towards the end of January.

Vector entered into a heads of agreement with MGM and Fimosa Capital with regard to the Adidi-Kanga gold project last year.

The historical geological database has been obtained, certified sampling and testwork documentation has been reviewed and the previous drill core has been inspected. Vector’s technical team has confirmed the integrity of the historical exploration work and site investigations have further highlighted the potential for additional mineralisation. Resource modelling is already under way to determine a Jorc 2012-compliant resource for the Adidi-Kanga gold project. Further engineering work is set to be completed on mechanical mining equipment on site and bought as part of the transaction, Vector said in a January statement.

The proposed acquisition is now subject to the completion and documentation of the JV agreements between the parties, as well as obtaining shareholder approval for the issue of $5-million of ordinary shares in Vector, as part of the purchase consideration.

Vector CEO Simon Youds notes that Adidi-Kanga is “truly a world-class deposit” and the company is extremely confident that it can be brought into production in the near future, which is the common goal of all the JV partners.