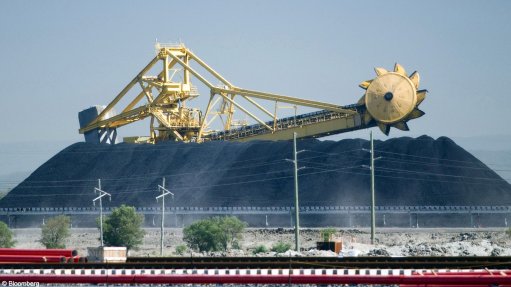 PERTH (miningweekly.com) – Analysis by advisory firm Wood Mackenzie (WoodMac) has shown that there will be no winners in the coal war between Australia and China.

Reports emerged earlier this week that National Development and Reform Commission had met with the ten major power companies over the weekend, and had granted them approval to import coal without clearance restrictions, with coal sourced from Australia being the exception.

Instead, coal from Mongolia, Russia and Indonesia would be prioritised.

In November this year, coal volumes exported from Australia to China fell to 0.4-million tonnes, compared with typical volumes of between six-million and ten-million tonnes of thermal and metallurgical coal combined.

However, overall coal shipments from Australia were only down around 5% year on year, as exporters placed the coal into alternative markets.

WoodMac noted that in the short-term, the implications of an ongoing ban on Australian coal in China would have a more serious impact on metallurgical coal producers, since the volume of impacted metallurgical coal is over 10% of the seaborne market, while thermal coal volumes are less than 5%.

Around 20% of Australia’s metallurgical coal exports now had an uncertain future, WoodMac said, with trade flows expected to shift as new buyers are sought

To exacerbate matters, Australian suppliers are also reeling from a $40/t drop in prices since October, with WoodMac predicting that free-on-board prices in the near term would be dependent on how strictly China dealt with the more than 50 Australian metallurgical coal vessels sitting off its coast.

“Strong directives to on-sell those cargoes could cause prices to fall below $100/t again and perhaps to around $90/t for a short period,” the analyst said.

In the longer-term, prices and volumes would depend on aggregate demand in the seaborne market, or what additional supply could be obtained from China’s domestic producers and Mongolian exporters.

“Chinese domestic prices are headed towards $200/t equivalent free-on-board Hay Point level, indicating domestic supplies are tight while hot metal demand is still increasing strongly. Some mills are still living off stockpiled coal while others have already switched over to new domestic or domestic/Mongolian blends required if no Australian material is available. Mongolian prices are increasing and although volumes have been low due to coronavirus related issues in Mongolia, they are improving.”

China’s thermal coal prices were also increasing, with power rationing starting in certain areas due to shortages of coal.

“We believe there is little scope for increased production from Chinese producers and thermal coal prices will remain high through the peak winter demand period,” WoodMac said on Thursday.