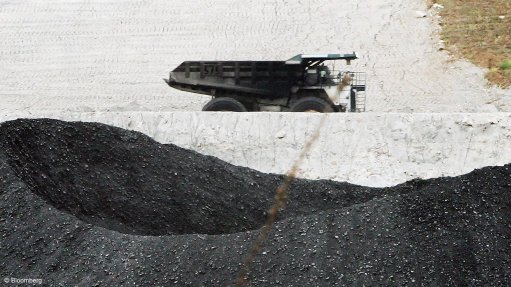 MELBOURNE - Australia's coal industry is suffering from dwindling access to finance and insurance that is raising the costs of doing business and threatening the longevity of the an industry that accounts for the country's second-most-valuable exports, submissions to a parliamentary inquiry showed.

In submissions to the inquiry into regulation of investment in Australia's export industries, miners and contractors such as Adani Enterprises, New Hope and Whitehaven Coal, said worsening access to financial services was unfairly raising business risks and costs.

Global insurers, along with banks and other industries, have come under pressure from shareholders and climate activists to stop facilitating fossil-fuel mining projects.

Australia remains a laggard in climate change commitments, so far refusing to commit to a target for net zero emissions by 2050, citing the risk of hurting the economy. Coal exports are expected to be worth A$38-billion ($29.4-billion) this financial year, according to government figures.

Support for coal was a key factor behind the Liberal-National coalition's surprise 2019 election victory.

"Given the important role exports play in Australia, it is concerning Australian banks and other financial institutions are taking steps to restrict and withdraw funding instruments for some of Australia’s biggest exporters," Whitehaven said. "If this is allowed to continue unchecked, it has the potential to inflict significant damage on Australia’s valuable export industries and the economy more broadly."

The pullback of Australian banks from participating in syndicated loans to coal companies compounded a lack of access to finance from other markets, said Centennial Coal.

Australian banks provided about half of Centennial's debt facility in 2014, which fell to just 2% when it refinanced in late 2017. It is navigating refinancing again this year.

The withdrawal of global insurers risks making even some ancillary business unviable, said contractor BMD Constructions, which is building a section of a 210 km rail line to service Adani's Carmichael mine in northern Queensland state, which is due to start operating this year.

BMD said it has not been able to obtain public liability insurance, environmental protection insurance or director and officer insurance.

Either clients must absorb the risk or governments provide the necessary insurance from public funds to ensure the export industry is supported, it said.