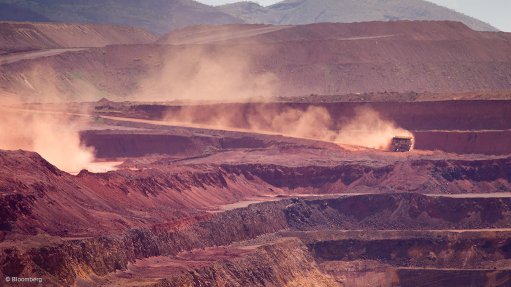 SINGAPORE – Iron-ore’s poised to hit $100/t, according to Citigroup, which highlighted “very, very low” seaborne cargoes just as data from China may show a pick-up in demand. That view follows advice from Goldman Sachs Group that investors should be closing bullish bets after recent gains.

“Iron-ore is not a demand story, it’s a supply story,” Citigroup global head of commodities research Ed Morse said in a Bloomberg Television interview on Monday, reiterating the bank’s three-figure forecast. In a separate note on Sunday, the bank said investors “should ‘chase’ this year’s rally, not sell into it,” referring to iron-ore, as well as copper.

Global iron-ore prices have powered to multiyear highs this year as the consequences of Vale’s fatal dam collapse in Brazil last quarter hurt production and shipments, and Australian miners BHP Group and Rio Tinto Group flagged lower output after a cyclone. The disruptions, as well as indications that China’s demand may now be picking up, has spurred forecasts for a deficit. Still, Goldman said last week it was time close out long wagers.

Cargoes now in transit are very, very low, Morse said in the interview, citing the loss from Brazil, as well as the cyclone hit in Australia. Figures from Brazil show exports collapsed last month, and Vale CFO Luciano Siani Pires has warned that while price gains had been driven by expectations, “now the physical consequences will start to reach the market".

On Monday, futures rallied as much as 3.2% to $93.69/t  in Singapore, and traded at $93.07 at 4:30 p.m., set for the highest close since 2014. In the past week, banks and market analysts including Barclays and Wood Mackenzie raised their price forecasts on lower supply.

In its report and an interview last week, Goldman recommended investors pocket gains by closing a long position it had previously advocated. While the bank’s analysts said the market remained tight and prices could go higher, the surge last week presented an opportunity for investors to take profit.