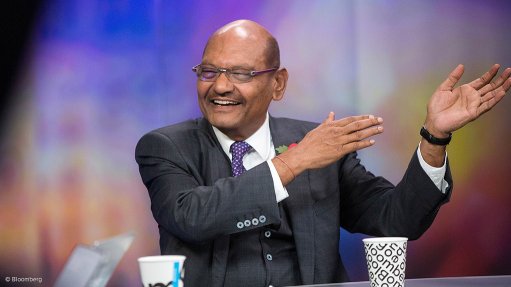 LONDON – Anil Agarwal’s surprise move into Anglo American suggests the mining industry may be on the cusp of a new wave of deals.

For years, Anglo has been the subject of takeover speculation and during the worst of the commodities crisis it seemed on the verge of a breakup. It spent last year getting back on firmer footing, but the £2-billion ($2.4-billion) investment by one-time Anglo suitor Agarwal has sparked the return of speculation about the company’s future.

“I’m pretty sure every investment banker in London is running around, dusting off old pitch books and going to every major in town,” Paul Gait, an analyst at Sanford C. Bernstein in London, said by phone. “This feels to me a little like the last cycle, when the first mover precipitated a round of consolidation.”

Agarwal’s strategy is still unclear, but $21-billion Anglo has a vast collection of some of the best mining assets in the world. If the assets are split, it would represent the most significant change to the mining industry in years and likely attract rivals including Rio Tinto Group and Glencore.

GOOD MATCH
After a failed approach to merge Hindustan Zinc with Anglo last year, Agarwal said the combination was a “good match” and that “one and one wasn’t going to be two, but 11.” The Indian billionaire is known for running a complex web of commodity producers through a holding company, Volcan. It has a controlling stake in Vedanta Resources Plc, which in turn controls Vedanta and Hindustan Zinc.

The unusual deal that Agarwal structured to become Anglo’s second-biggest shareholder means the Indian mining tycoon is probably more interested in the assets, than betting on the share price, according to analysts including Amos Fletcher at Barclays.

Agarwal isn’t using his fortune to buy the shares. He’s borrowing from bond investors through a three-year note paying a coupon of 4.125%. The structure means he effectively rents the shares until the bond matures, with little benefit from a rising stock price.

“Agarwal is anticipating some sort of action,” said Jeremy Wrathall, head of mining research at Investec. “We’re certainly going to see a new M&A phase in the industry.”

STARTING TO TURN
Anglo’s Chief Executive Officer Mark Cutifani told analysts that Anglo hasn’t spoken with Volcan, and would expect to interact with them as any other shareholder, according to a person present at a meeting on Thursday.

“Things are starting to turn and this will be a step in a medium-term play, which others are going to be watching very carefully,” said Raj Khatri, head of metals and mining for Europe at Macquarie Group in London.

Still, there are obvious hurdles to more consolidation. The mining industry is still recovering from a commodities crash of 2015, and investors may be unwilling to support any increase in debt needed for blockbuster deals. Another complication is that Anglo, Rio and BHP are all transitioning to their next chairmen over the next year.

Any takeover or breakup of Anglo would also be politically sensitive across Southern Africa. The biggest shareholder, South Africa’s Public Investment Corp. has repeatedly disagreed with plans to sell assets in the country piecemeal. Botswana, the source of two-thirds of De Beers diamonds, can renegotiate its agreement with the company if ownership changes.

Still, Agarwal’s move is a “fascinating development,” Michael Rawlinson, global co-head of mining and metals at Barclays, said from London. “It’s too early to say whether this move will add to a flurry of potential deals, but this does give the sector some impetus.”