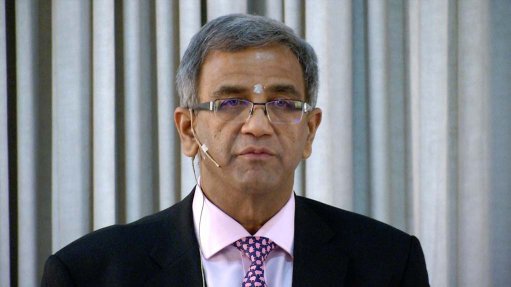 JOHANNESBURG (miningweekly.com) – A memorandum of understanding (MoU) has been signed with a selected party which could result in a sale agreement involving the disposal of the 36-year-old, lossmaking Kopanang gold mine.

AngloGold Ashanti said in a media release to Creamer Media’s Mining Weekly Online on Friday that unsolicited expressions of interest received from a number of parties had resulted in the company initiating a process to assess the sale of the Kopanang mine through the signing of the MoU.

The Johannesburg- and New York-listed company, headed by CEO Srinivasan Venkatakrishnan, informed shareholders in June that a consultation process had begun to restructure its South African operations, the aim of which was to ensure that the business could be returned to profitability safely, while mitigating job loss.

This restructuring process included the Kopanang mine ceasing operations and transitioning to care and maintenance.

However, subsequent to this announcement, unsolicited expressions of interest were received that have resulted in consultation with organised labour on Kopanang continuing to operate under the ownership of the selected party and severance benefits being paid to employees on the conclusion of the agreement.

The removal of lossmaking mines from the AngloGold stable is set to result in what was described as "a vibrant and sustainable future" for the group's remaining long-life operations.

By eliminating lossmaking ounces from Kopanang, TauTona and Savuka, a far-reaching future is expected to be secured for AngloGold's Mponeng, Moab Khotsong and Mine Waste Solutions operations.

Mining Weekly Online can report that $82-million capital expenditure (capex) – $6-million more than last year's amount – is being invested at Mponeng, where the production benefits of the Phase 1 extension are already coming through.

Mponeng remains the strongest asset in the portfolio, with Moab Khotsong a close second.

Good cash generator Moab Khotsong and the surface operations of Mine Waste Solutions would, the company said, require investment beyond the medium term.

The Mponeng deepening project involves extending development of the world’s deepest mine to 123 level and 126 level.

In this regard, AngloGold Ashanti is narrowing down its technology focus to where it can be applied at Mponeng.

AngloGold’s South Africa region, which is on the receiving end of $200-million worth of overall capex, recorded a 20% jump in production in the three months to June 30, when rand denominated costs fell by 10%.

In the half-year, the South Africa region produced 435 000 oz of gold, which represents 25% of AngloGold’s total production of 1.7-million ounces in the first six months of 2017.

The all-in sustaining cost for the South African operations was $1 259/oz, compared with $958/oz in the same period in 2016, with total cash costs being hit by lower output, adverse currency movement, labour, consumables and electricity inflationary pressures and an unfavourable by-product contribution.

The company recorded an adjusted headline loss of $93-million for the half-year, which took in a retrenchment provision of $47-million and a silicosis provision of $46-million.

There is said to be limited potential to integrate the TauTona mine into the long-life Mponeng mine, as was done successfully on a previous occasion with the integration of Savuka into TauTona some years back.

AngloGold has provided plans, forecasts, opinions and assumptions to labour unions and the Department of Mineral Resources for scrutiny and expert review.

The mandatory consultation process is progressing under Section 189 of the Labour Relations Act to mitigate the loss of jobs.

The company anticipates reaching a conclusion in the second half of this year and in parallel with these consultations, a voluntary severance programme has been opened up to all employees.

Depending on the timing and outcome of the process, amendments to outlook and future costs and production profiles will be made.

AngloGold has 17 gold mines in nine countries, as well as exploration programmes in both the established and new gold-producing regions of the world.

Giving the company line of sight to an improved portfolio are the Mponeng Phase 1 project, Guinea's Siguiri gold mine and the Democratic Republic of Congo's Kibali joint venture, plus continued exploration successes.

Full ramp-up at Mponeng is scheduled to take place through this year and next year, with the so-called above-120-level 'old mine' reaching the end of its ore-reserve position within the next four years.

In the next three to four years, the entire production load of Mponeng will be generated on its Phase 1 horizon.

What was called a Phase 2 project is being restudied to find the most optimal way of investing into the promising orebody.

Rather than using large capital investments, the company is continuing to pursue lasting operational improvement through innovation.