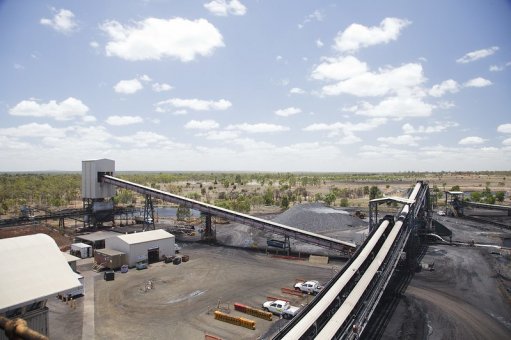 PERTH (miningweekly.com) – Diversified major Anglo American has committed A$5-million to an underground mining research fund, following the release of the Coal Mining Board of Inquiry’s final report on the safety of the Grosvenor coal mine, in Queensland.

Anglo American in April this year re-entered the underground workings of the Grosvenor mine, following the halt of longwall mining activities in May of last year, after five workers were seriously injured during an explosion at the operation.

The Coal Mining Board of Inquiry found that Anglo American was aware of gas build-up at the Grosvenor operation, with the incident having been preceded by 27 high potential incidents (HPIs) at the operation between July 2019 and May 2020.

The report found that mining operations at Grosvenor were repeatedly conducted in a manner whereby the gas emissions generated were in excess of the gas drainage system capacity.

The Inquiry has recommended that Anglo American conduct audits and reviews into the effectiveness and implementation of its principal hazard management plans for gas management and methane drainage, review the effectiveness of the mine’s operational practices and management systems, and that it should carry out detailed gas reservoir analysis to identify opportunities for gas pre-drainage.

The Inquiry also recommended a third party review before the start of each longwall panel, and that when undertaking second workings risk assessments, coal miners should critically assess and scrutinise any gas emission modelling, take steps to ensure that sufficient pre-drainage has been undertaken, and ensure post-drainage systems were suitable.

Workers union CFMEU has welcomed the release of the report, with Mining and Energy Queensland president Stephen Smyth saying the most shocking thing to come out of the report was the detailed account of Anglo’s failure to manage dangerous gases at Grosvenor in the months leading up to the blast.

“Management knew there were problems following a series of high potential incidents during March and April, but did not slow coal production to match its gas drainage capacity.

"The report clearly finds that ‘coal mine workers were repeatedly subject to an unacceptable level or risk’ (Finding 58).

“Last year’s explosion was a shocking and traumatic event and it makes my blood run cold to think that the outcome could have been much worse.

“Coal mine workers put their lives in the hands of mine managers every time they go to work and they should be able to have confidence every possible measure is in place to protect them. They have been seriously let down in this case.”

Smyth said the union would work hard to make sure the Inquiry’s findings lead to systemic improvements in the industry – including employment practices.

Anglo American’s CEO of its metallurgical coal business, Tyler Mitchelson, said the company is already acting on the recommendations of the Board of Inquiry’s report that was released today, including A$60-million of investment in safety initiatives over the last year.

“We are today committing a further A$5-million to fund underground mining research, in partnership with our industry research and technology partners, to improve the industry’s knowledge in certain technical areas.

“We have been clear from the outset that the incident on May 2020 in which five of our colleagues were badly injured was unacceptable. The safety of our workforce is always our first priority.

“Over the past 12 months, we have put in place a range of measures to address issues that have come to light through detailed investigations and evidence before the Board of Inquiry. Over this period, we have already committed more than A$60-million in technology pilots, additional gas drainage infrastructure, expert reviews and further improvements to a range of processes and controls.”

Mitchelson said on Monday that underground coal mining, particularly in the area where Grosvenor mine is located, is complex with many interacting considerations and, as the Board had identified, further research into certain technical areas such as gas and spontaneous combustion management would benefit the industry.

“We will be helping to advance knowledge in these areas through our further A$5-million funding commitment,” he added.

“The Board of Inquiry’s reports have made a number of recommendations, and we are confident we have already addressed, or will address, these ahead of the restart of longwall mining at Grosvenor mine later this year.

“Anglo American’s Operating Model, our primary operational management system, is currently being updated at Grosvenor and, together with a range of other measures such as the use of data science, it will ensure we have the very latest in systems thinking, design and technology to ensure operational stability and control, and ultimately safe production.

“The use of automation and remote operation presents us with the single biggest opportunity to remove people from high risk areas and we are fast-tracking this work across our operations, including commissioning ground-breaking research into automation in development mining with Commonwealth Scientific and Industrial Research Organisation.”

Mitchelson said that following the implementation of the recommendations from the Board of Inquiry, the industry would be safer.

“The Board of Inquiry undertook a very thorough examination of a range of issues relating to underground coal mining, and we have been committed to learning everything we can from the process and acting as quickly as possible to implement improvements.

“Over the past 12 months, we have engaged closely with our workforce, particularly at Grosvenor, as we’ve worked through the issues and resumed underground activities at the mine last month. We are continuing to support all of our colleagues involved in the incident in May last year, and this will remain a priority for our team.”