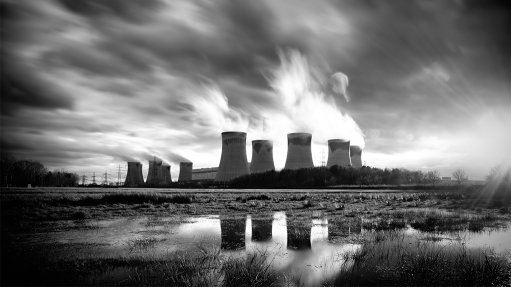 JOHANNESBURG (miningweekly.com) – The provision of R6.45-billion on the balance sheet of the demerged Thungela thermal coal company is over and above the regulatory guidance for miners in South Africa, is in accordance with IFRS and audited, and consistent with the provisioning norms within the industry.

This was stated to Mining Weekly by Anglo American on Sunday following a report in The Telegraph of London quoting research firm Boatman Capital on the eve of Thungela Resources going on to the Johannesburg and London exchanges.

Thungela's debut on the Johannesburg Stock Exchange (JSE) was marked by a substantial 12.4% share price fall on its first day of trading. The share price ended the day at R21.90 after opening at R25 a share. The decline was even greater on the London Stock Exchange (LSE), where it fell 16%.

“The basis for provisioning under South Africa’s draft NEMA regulations simply does not accurately reflect the actual or likely sums needed to discharge such liabilities. It is precisely because these sums are considered to be artificial, and arbitrarily inflated, that the draft has remained under review since 2015.  This is an industry-wide matter in South Africa, so the regulations on which the Boatman report apparently draws its conclusion are far from being finalised,” Anglo American group head: corporate communications James Wyatt-Tilby said in a written response to Mining Weekly.

The Telegraph reports that a 39-page dossier by Boatman states that future coal sales have been overstated and environmental liabilities understated.

According to a report written by Oliver Gill, The Telegraph’s chief business correspondent, on June 5, Boatman estimates that the environmental liabilities of Thungela could be three times greater than currently reported and more than the value of the entire company.

Anglo has demerged its thermal coal operations into Thungela at a time when tougher and more expensive environmental standards are expected to be imposed on South African mining companies.

Thungela owns interests in, and produces thermal coal predominantly from, seven collieries located in Mpumalanga, namely Goedehoop, Greenside, Isibonelo, Khwezela, Zibulo, Mafube and Rietvlei collieries, which consist of both underground and opencast mines. Thungela’s operations are amongst the highest quality thermal coal mines in South Africa by calorific value. Thungela has a 50% interest in Phola, which owns and operates the Phola coal processing plant in Mpumalanga, and holds a 23% interest in the Richard Bay Coal Terminal.

Thungela’s management team is led by CEO July Ndlovu and CFO Deon Smith, who are supported by the rest of the board, namely Sango Ntsaluba as chairperson, Kholeka Mzondeki, Ben Kodisang, Thero Setiloane, and Seamus French.

This was Thungela's response to Mining Weekly on the dossier: "The Boatman research report is clearly flawed but is appropriately caveated as 'double counted' and speculative as it lacks understanding of the facts. Notwithstanding the flawed assertions and conclusions, the principal contention made by the Boatman report, that Thungela has 'under-estimated the environmental liabilities associated with closing its mines' – this is an industry-wide matter in South Africa, and the NEMA regulations on which the Boatman report apparently draws its conclusion are far from being finalised.

"In fact, it illustrates the industry position that some of the draft regulations are unworkable in their current form. The provision of R6.45-billion on Thungela’s balance sheet is over and above the regulatory guidance for miners in South Africa, is in accordance with IFRS and audited, and consistent with the provisioning norms within the industry.

"The current regulations only require a provision of about R4-billion. The basis for provisioning under South Africa’s draft NEMA regulations simply does not accurately reflect the actual or likely sums needed to discharge such liabilities.

"It is precisely because these sums are considered to be artificial, and arbitrarily inflated, that the draft has remained under review since 2015.

"Thungela will, through the Minerals Council, continue to engage the regulator to meaningfully contribute to an outcome whereby the financial provisions for future rehabilitation liabilities of miners are truly representative of such obligations," the demerged company said.

The Boatman report also referred to a potential downgrading of the purification of the water used by the coal mines. Boatman reported that Thungela was currently negotiating with the Department of Mineral Resources and Energy to use “passive” treatment, which it described as one of the technological advances the company had identified that would help reduce clean-up costs.

Regarding water, Mining Weekly had its own question for Ndlovu, which had been unanswered when put to him last year in his capacity as president of the World Coal Association: "Mining Weekly would like comment on the potential of South Africa’s coal mines to recover potentially valuable but currently polluted acid mine water, as has been made possible by a proudly South African technology that has been funded by South Africa’s Technology Innovation Agency, a public entity.

"This technology converts unwanted ions into fertiliser material for potential agricultural development by near-mine communities, as could have begun as long ago as 1996 at Grootvlei gold mine, on the East Rand, had the Department of Water and Sanitation taken it up.

"Implementation of the technology is understood to be under way at a coal mine in Mpumalanga and a water plant in the US. South Africa has an opportunity to turn the considerable volumes of acid mine water, polluted by coal mining, into potable water at no cost. In fact, the extraction of potassium nitrate pays for itself and a potential 30% return on investment is reportedly feasible. The potassium nitrate recovered from the water can reportedly be marketed at R11 000/t."

Monday afternoon's response to Mining Weekly on the use of the water technology stated: "Thungela is aware of the technology and is entering a trial phase to test mine waters from its sites to determine feasibility. As a new generation of coal value chain players, Thungela supports the adoption of clean coal technologies," the company said.

The volume of coal involved was said to be in the region of 16.5-million tons, which was Anglo's level of production from its South African coal assets during its 2020 financial year.

Boatman states on its website that the report has been prepared for information purposes only and should not be considered under any circumstances to be investment advice.

Without any reference to the Boatman report in a release to Mining Weekly on June 7, Anglo announced that the demerger of its thermal coal operations in South Africa had been completed.

It has listed on the day that African Source Markets described spot coal prices remaining “as firm as the rock of Gilbraltar” in its Weekly Coal Index report.

On the Boatman report, the Weekly Coal Index Report noted Boatman’s making news in what it described as “a full-frontal attack on Thungela Resources’ environmental liabilities”.

“However, when one sees coal miners as transitioning to 'regenerative miners', working with Nature to restore soil and water, whilst creating jobs for local communities, then one can leverage new green revenue opportunities, instead of liabilities. In the meantime, South African coal prices continue to soar as prompt physical cargoes remain rare due to ongoing tightness in all supply basins,” the index reported.

“We have consistently believed in a responsible transition from thermal coal, being a transition that seeks to balance the needs and expectations of all stakeholders. The demerger of Thungela lives up to that promise by bringing our employees, shareholders, host communities, host government and our customers along with us.

“We have every confidence that Thungela will be a responsible steward of what are valuable thermal coal resources in South Africa and will continue delivering value for all its stakeholders and for South Africa as a whole,” Anglo CE Mark Cutifani stated in the release, in which Ndlovu made the point that Thungela would play a role in providing affordable energy to the developing world, as well as South Africa.

With the completion of the demerger and at the point of listing of Thungela, 100% of the issued share capital of Thungela is held by Anglo shareholders, who each received one Thungela share for every ten Anglo American shares that they hold.