Amendments to the Mineral and Petroleum Resources Development Regulations 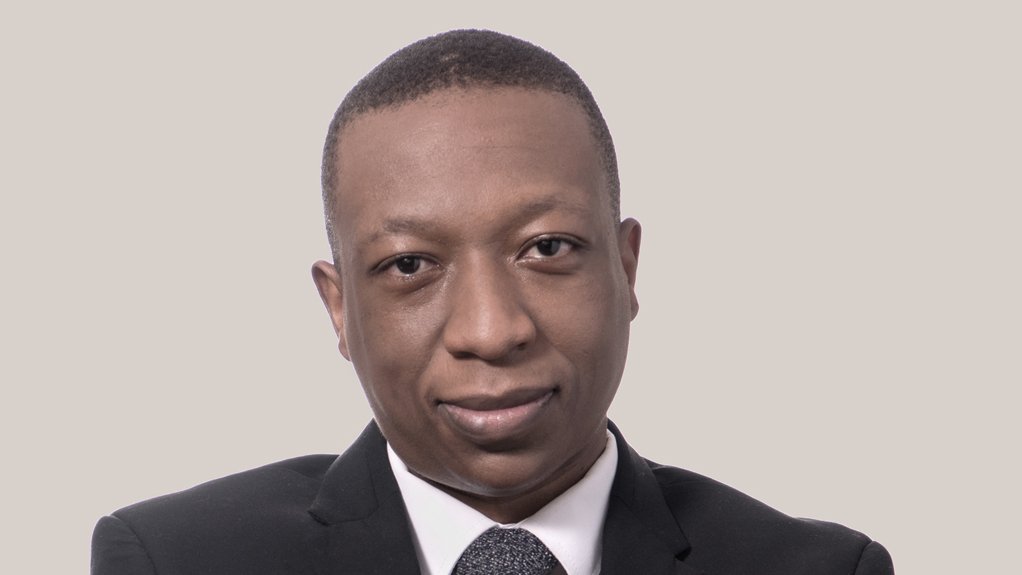 The specific provisions of the Amendment Regulations are as follows:

Obligation on the part of the applicant to consult

The Amendment Regulations provide for the term ‘meaningful consultation’, which means that “the applicant, has in good faith facilitated participation in such a manner that reasonable opportunity was given to provide comment by the landowner, lawful occupier or interested and affected party in respect of the land subject to the application about the impact that the prospecting or mining activities would have to his right of use of the land by availing all the information pertaining to the proposed activities enabling these parties to make an informed decision regarding the impact of the proposed activities”.

The office of the Regional Manager is, in terms of the Amendment Regulations, entitled to participate in the meaningful consultation process by an applicant for a right or permit. The Regional Manager’s participation in this regard would be for observation purposes, to ensure that the consultation by the applicant is meaningful and in accordance with the regulations.

In terms of the MPRDA, a holder of a reconnaissance permission, reconnaissance permit, mining permit, prospecting right, exploration right, mining right and production right is required to give the landowner or lawful occupier of the land and the Regional Manager at least 21 days written notice of his/her intention to commence with operations.

Section 5A of the MPRDA prohibits any person from prospecting or mining on any area without, inter alia, giving the landowner or lawful occupier of the land in question at least 21 days written notice. In terms of the Amendment Regulations the notice must be in writing, state the date and time of entry and be submitted to the Regional Manager in whose region the right/ permit was issued. The holder is also required to submit proof of service of the notice to the office of Regional Manager in whose region the right/permit relates.

The Amendment Regulations have expanded the objectives of social and labour plans (“SLPs”) by amending Regulation 41(c) of the 2004 Regulations by requiring mining right holders to contribute towards the socio-economic development of ‘labour sending areas’ in addition to areas in which they operate.

The Amendment Regulations define the term ‘labour sending areas’ as local municipality of the Republic of South Africa, from which a majority of mineworkers are from time to time permanently resident”.

‘The objectives of a social and labour plan are to ensure that holders of mining rights contribute towards the socio-economic development of the areas in which they are operating as well as labour sending areas.’

The Amendment Regulations make it clear that mining right holders will be required to demonstrate steps to uplift areas from which they source workers (historically and currently), not just where they operate.

The Amendment Regulations also introduce clear timelines on which social and labour plans should be submitted and when consultations with mine communities and interested and affected persons over the SLPs need to be held.

Under the Amendment Regulations, an applicant for a mining right has a period of 180 days from the date of receipt of the notification of acceptance of his/her mining right application from the Regional Manager to consult meaningfully with mine communities and interested and affected persons on the contents of the SLP, to ensure it addresses the relevant needs and is aligned to the updated IDPs.

The Regional Manager may, within 60 days of receipt of the SLP, refer the SLP back to the applicant with proposals for amendments. The revised SLP must then be re-lodged with the Regional Manger within a specified period, which period may not exceed 60 days.

The Amendment Regulations make it clear that amendments to approved SLPs will require the consent of the Minister.

Further, mining right holders are now required to publish consulted and approved  SLPs  in English and one other dominant official language commonly used within the mine community, within 30 days of approval thereof, and using the avenues set out in the Amendment Regulations, which include, the company websites, local newspapers, hard copies to be placed in local schools, public libraries, municipal offices, Traditional Council offices; and announcements must be made, in local radio stations and local newspapers about the availability and content of the approved SLP .

In addition to submitting an annual report on compliance with the approved SLP to the Regional Manager, a mining right holder is now also required to convene at least 3 meetings per annum with mine communities and interested and affected persons, to update them about the progress made on the implementation of the approved SLP. The outcome of these meetings must form part of the annual reports.

According to the Amendment Regulations, SLPs  lodged with the Regional Manager and approved by the Minister on granting of the mining right will need to be reviewed every five years from the date of such approval. The review process may be initiated from the fourth year of the SLP and shall be done in meaningful consultation with mine communities and interested and affected persons. When reviewing the SLP, the Minister will be required to take into account the assessment of annual reports submitted by the mining right holder, input, comment and reports from the mining right holder, mine community and interested and affected persons and the changing nature of the relevant needs of the mine community as per the IDPs.

Regulation on the prescribed format for section 52 notices

Section 52(1) of the MPRDA requires a holder of a mining right, after consultation with any registered trade union or affected employees or their nominated representatives where there is no such trade union, to notify the Minister in the ‘prescribed manner’ where:

The 2004 Regulations did not prescribe the form or content in which a section 52 notice is to be made to the Minister.

The Amendment Regulations introduce new regulations dealing with the manner and form of the application in which a notice contemplated in section 52(1) of the MPRDA is to be made to the Minister and set out a draft template (Section 52(1) Notice) to be used by mining right holders in this regard.

The details of prior consultations must include dates, times, attendance registers, minutes, considerations, proposals, resolutions, agreements, recommendations, reports and records relating to consultations held with registered trade unions, affected employees or their nominated representatives before the notice is submitted to the Minister. The notice must also be accompanied by an affidavit by the holder of a mining right or production right, confirming that the factors contemplated in section 51(1) or (2) of the MPRDA exist.

Moreover, the Minister will be required, with 7 days of receipt of the notice, to refer the matter to the Mining and Minerals Development Board for consideration and recommendations. The Mining and Minerals Development Board must in turn, consult meaningfully with the relevant holder of the mining right and organised labour, conduct investigations and make recommendations to the Minister within 60 days of the referral by the Minister.

Regulations on the prescribed format for section 53 applications

Section 53(1) of the MPRDA provides that any person who intends to use the surface of any land in any way that may be contrary to any object of the MPRDA , or which is likely to impede any such object, must apply to the Minister for approval.

The 2014 Regulations did not prescribe the form or content in which a section 53 application is to be made to the Minister.

The applicant is also required to confirm whether the holders of prospecting, mining, exploration or production rights within a two kilometre radius of the application area have been identified and meaningfully consulted with and whether holders of the aforesaid rights have objected to the proposed land development on the basis of its incompatibility with their interests.

Regulation 38 of the Amendment Regulations sets out a number of amendments to the Regulation 74 of the 2004 Regulations dealing with appeals against administrative decisions taken under the MPRDA.

Internal appeals under the MPRDA are dealt with in section 96 of the MPRDA. Section 96(1) of the MPRDA provides that, “any person whose rights or legitimate expectations have been materially and adversely affected or who is aggrieved by any administrative decision in terms of the MPRDA may appeal in the prescribed manner to:

Under the Amendment Regulations any person who appeals in terms of section 96 against an administrative decision must lodge a written notice of appeal to the Director-General or the Minister as the case may be.  This notice of appeal must be submitted within 30 days of the date the appellant becomes aware of the decision in respect of which the appeal is made.

The notice must be lodged at the Regional Office, be served on any other person whose rights may, in the opinion of the appellant be affected by the outcome of the appeal and who must be listed in the notice of appeal, and such person must be notified of their rights in terms of the Amendment Regulations. The appellant must also notify the Director-General or the Minister, in writing that a notice of appeal has been lodged at the Regional Office and a copy of the notice must be provided to them.

In terms of the Amendment Regulations, the Regional Manager must, within 10 days of receiving the notice of appeal, identify any other person whose rights may, in the opinion of the Regional Manager, be affected by the outcome of the appeal not already listed in the notice of appeal and must also send copies of all records pertaining to the administrative decision/s which is a subject of the appeal to the appellant, to all identified persons and to the Director-General or the Minister, as the case may be.

The notice of appeal must be accompanied by an affidavit which must amongst others, state the decisions appealed against, set out the grounds on which the appeal is based, list the affected persons and be accompanied by supporting documentation.

Upon receipt of the notice of appeal, but not less than 10 days thereafter, the Regional Manager must send copies of all records pertaining to the decision subject to the appeal to all identified affected persons and to the Director General or to the Minister, as the case may be.

The Regional Manager must, within 10 days of filing by the appellant of his replying affidavit or expiry of the 30-day period mentioned above, submit to the Director General or to the Minister, copies of the notice of appeal with all the required annexures, proof of service, all documents pertaining to the decision subject to the appeal, all answering affidavits received from third parties who may be affected by the outcome of the appeal, and any amended notice of appeal or any replying affidavit by the appellant.

The Director-General or the Minister, as the case may, may upon application and on good cause shown condone and extend the time periods prescribed in Regulation 74.

The Amendment Regulations provide for the repeal of certain environmental regulations for mineral development, petroleum exploration and production (regulations 48 to 55, regulations 63 to 73), save for regulations 56, 57, 58, 59, 60, 61, and 62, which deal with mine closure and transfer of environmental liabilities.

Clarification amendments have been incorporated to the principles of mine closure to provide that:

In addition, the application for closure certificate must now be accompanied by a final performance assessment report contemplated in the EIA Regulations.

Clarification amendments have also been incorporated to Regulation 61 to provide that amongst others, the objectives of a mine closure are: