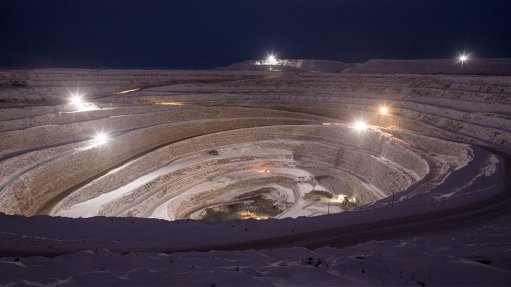 The company produced 19.3-million carats of rough diamonds from the processing of 16.9-million tons of ore and sand.

Alrosa first VP Igor Sobolev said in a statement on Monday that most of the company’s major mining and processing divisions had demonstrated an upward trend in production results – both in terms of production output and in terms of diamond grade.

For the first six months of this year, Aikhal division, accounted for more than a third of the group’s total output, having extracted 6.9-million carats of rough diamonds – a 26% year-on-year increase.

Alrosa is the world’s largest diamond producer by volume. The second biggest is Anglo American’s De Beers, which produced 16.14-million carats in the first half of 2017. De Beers’ production is more valuable. The company, which mines in Botswana, South Africa and Canada, achieved an average price of $156/ct in the January to June period.