Alrosa starts deep-level drilling at mine that flooded in 2017 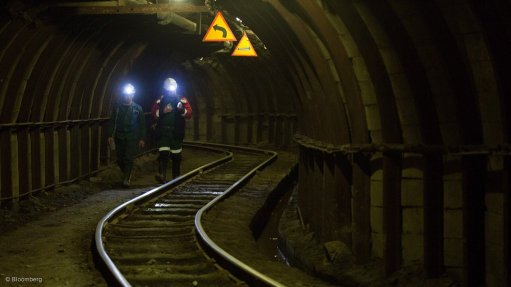 Russian diamond major Alrosa has announced that it has started test drilling at the Mir kimberlite pipe, which was partly flooded in 2017, leading to the death of eight workers.

The test drilling forms part of its strategic investment plan to study the feasibility of resuming production at the mine. The earliest that the Mir underground mine could reopen will be in 2030, the company has pointed out.

Experts from Alrosa’s Vilyui Exploration Expedition will start studies at 1 200 m to 1 600 m below the surface. This, the company explains, will help to define more precisely the pipe’s dimensions, its position, diamond quality and grades, as well as geological conditions and the hydrogeology of the deposit.

The company expects to carry out exploration this year and next year, with a reserve estimate report to be prepared in 2022.

“The bulk of drilling will be performed by VPT-NEFTEMASH. This contractor, defined by a tender, has a record of successful construction of deep and ultra-deep prospecting and production wells for major oil and gas producers. It possesses state-of-the-art technologies for controlled-angle drilling and has its own facilities in Mirny and Lensk districts of Yakutia,” Vilyui Exploration Expedition head Sergey Khvostik reports in a statement.

Yakutniproalmaz institute will analyse all information to prepare a feasibility study and a reserve estimate report.

Alrosa points out that it will pay special attention to safety procedures while carrying out borehole exploration at water-bearing horizons and massive salt-saturated layers.

It notes that 15 separate branches drilled from one main shaft will provide a unique geological information on the deeper part of the kimberlite pipe. Another two vertical wells will provide data for the design of the future mine structure.

The underground mine was partly flooded by water from an openpit mine above it in 2017, leading to the suspension of operations.

According to the concept approved in 2019, a decision about the future of the mine requires additional exploration of the deposit’s deep levels. A decision to restart the mine will depend on positive economics of the project and whether it can be mined safely.

If both conditions are met, a reconstruction of the mine may start no earlier than 2024. Preliminary estimates show that these works will take another six to eight years.