By: Esmarie Iannucci     28th October 2013 ASX-listed Terramin Australia has produced 10 933 t of zinc during the final quarter of operations at its Angas zinc mine, which it closed on October 2. The mine, which is located in South Australia, produced 94 433 t of ore during the quarter, which was 3% lower than the June quarter, and... →

China to outweigh rest of the world for base metals demand

By: Esmarie Iannucci     18th October 2013 China is expected to become a bigger market for base metals by 2017 than the rest of the world combined, accounting for 52% of global demand, advisory firm Wood Mackenzie stated in its latest base metals demand forecast. China’s demand for base metals is currently at around 46% of the 96-million... →

By: Henry Lazenby     10th October 2013 High-grade, low-cost silver miner Excellon Resources on Thursday said it had lifted output from its flagship La Platosa mine, in Mexico by 50% quarter-on-quarter, boosted by higher grades. The Toronto-based miner reported silver equivalent output of 607 252 oz for the three months ended... →

By: Henry Lazenby     10th October 2013 Canadian base metals miner Capstone Mining on Thursday reported third-quarter production results that were below analyst expectations, placing its full-year output guidance at risk. The combined output from its two copper mines totalled 18.9-million pounds, dragged down by weaker production from... →

4th October 2013 Zinc-focused Trevali Mining Corporation (TMC) says that the ramp-up of the processing plant serving its zinc/lead/silver-producing Santander mine in west-central Peru is progressing well, having recorded a 75% use of its capacity in August, with the expectation that it will operate at full... →

By: Henry Lazenby     30th September 2013 Base metals miner Sierra Metals has doubled the milling capacity at its Bolivar copper/zinc/silver mine, located in the Piedras Verdes mining district, in Mexico, to 2 000 t/d after installing a leased 1 250 kVA generator. The generator was leased to bypass delays in installing a power... →

By: Martin Creamer     19th September 2013 There was a new awareness across Africa that old-style colonial mining was unacceptable on the continent, African National Congress (ANC) MP Ben Turok said on Thursday. Turok, who was addressing the MetalBulletin Events sixth South African ferroalloys conference on mineral beneficiation and its... →

By: Martin Creamer     10th September 2013 The synergies created by the merging of the coal divisions of the merged GlencoreXstrata would reduce the costs of the combined entity by $567-million in 2014, coal head Peter Freyberg said on Tuesday. The merger creates the world’s leading seaborne thermal coal business, combining a... → 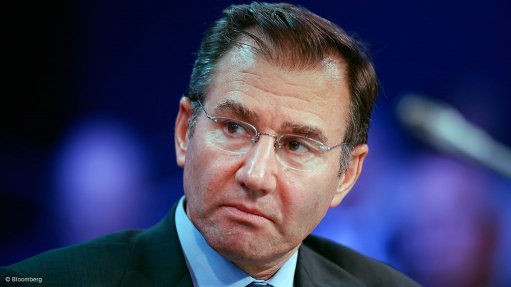 By: Henry Lazenby     3rd September 2013 Toronto-listed Goldgroup Mining on Tuesday said it had changed some of the terms of its acquisition of TSX-V-listed Oroco Resource Corporation, as a result of a deterioration in the gold price since the transaction was first announced in January. In a statement on Tuesday, Vancouver-based... →

By: Keith Campbell     30th August 2013 South African mining companies are welcome and popular investors in Peru, affirms that country’s ambassador to South Africa. “South Africans are very good, in general,” says Ambassador Daúl Matute-Mejía. “They understand the need to respect the local communities, to help develop them and to... →

Trevali starts zinc and lead production at Peru mine

By: Henry Lazenby     16th August 2013 Base metals miner Trevali Mining this week started zinc and lead/silver concentrate production from the metallurgical plant at the Santander mine, in Peru. The crushing, transfer, grinding (at all four mills), flotation and tailings circuits were all operational and undergoing commissioning and... →

By: Henry Lazenby     9th August 2013 Zinc-focused Trevali Mining on Friday said one contractor was killed and another injured on Thursday in an underground accident, while busy with preparation and development activities in the Magistral south zone of the Santander mine, in Peru. Trevali said all underground preparation and... →

By: Henry Lazenby     8th August 2013 The second-largest US silver producer by output, Hecla Mining on Thursday said it had started hedging all metals once they were shipped to reduce its exposure to the variability in the realised prices. The company, which had for long been hedging its base-metals shipment, said it had sold about... →

By: Simon Rees     8th August 2013 Nautilus Minerals has faced some tough times over the past 12 months, its difficulties mainly related to a commercial dispute between the company and the government of Papua New Guinea (PNG) that arose in June 2012. The disagreement’s knock-on effects weighed on the development of Nautilus’... →

Golden Arrow’s Argentine silver discovery ‘a deposit for the times’

By: Henry Lazenby     2nd August 2013 Canadian exploration firm Golden Arrow Resources has discovered a significant silver deposit in north-west Argentina that potentially could be “a deposit for the times”, according to president and CEO Joseph Grosso. Grosso, who is also the company’s executive chairperson and who was one of the... →

By: Henry Lazenby     1st August 2013 TSX-listed base metals producer First Quantum Minerals has reported a 49% drop in second-quarter earnings as the prices for copper and nickel dropped. The diversified miner reported net earnings of $71.9-million, or $0.12 a share, down from $142-million, or $0.30 a share, a year earlier. →

By: Creamer Media Reporter      23rd July 2013 JSE-listed Miranda Minerals on Tuesday said it had now been granted a prospecting right over the Rozynenbosch 104 farm. This followed an appeal over a 2006 decision by the former Department of Minerals and Energy (DME) not to approve the conversion of an old-order to a new-order prospecting right. →

By: Henry Lazenby     18th July 2013 Turkey-focused project developer Aldrige Minerals president and CEO Mario Caron has resigned his position, including his seat on the board effective July 31. Aldridge said it had established a special committee of the board that would provide general supervision and management of the day-to-day... →

By: Martin Creamer     12th July 2013 Politicians are not understanding mining's complete range of benefits well and mining companies are failing to express them well, says International Council on Mining and Metals (ICMM) president Tony Hodge. Policy makers are also not as au fait as they could be with the costs that mining... →

By: Henry Lazenby     11th July 2013 Precious metals producer Fortuna Silver, which owns and operates the San Jose mine, in Mexico, and the Caylloma mine, in Peru, on Thursday said production for the quarter ended June 30, was in line with its expectations. Fortuna delivered 1.07-million ounces of silver, 5 183 oz of gold and... →

Despite Turkish protests, it is ‘business as usual’ for Aldridge

By: Henry Lazenby     28th June 2013 Despite the ongoing civil protests that have rocked various Turkish cities during the past month, the country remains an attractive investment destination, and the unrest has not altered the development path for Aldridge Minerals’ flagship Yenipazar polymetallic project. Aldridge president and... →

The state of mining in South America – an overview

By: Keith Campbell     21st June 2013 South America: home of the greatest, most alluring, most deadly of mining legends – the myth of El Dorado, the golden one. Over the past 500 years, the continent’s mineral riches, real and imagined, have stimulated amazing feats of courage, daring and endurance, conquest, looting, terrible... →

By: Henry Lazenby     11th June 2013 TSX-listed Trevali Mining has started crushing mill feed at its Santander mine zinc/lead/silver operations in Peru, signalling imminent zinc and lead/silver concentrate production. Trevali on Monday said operations had started filling the fine mill feed bin and that it expected to ship the first... →

By: Terence Creamer     6th June 2013 Not all commodities will lose out should China succeed in changing its growth model from one based on resources-intensive infrastructure investment towards one supported by higher levels of domestic consumption, new research by Barclays indicates. China’s 12th five-year plan, endorsed in March,... → 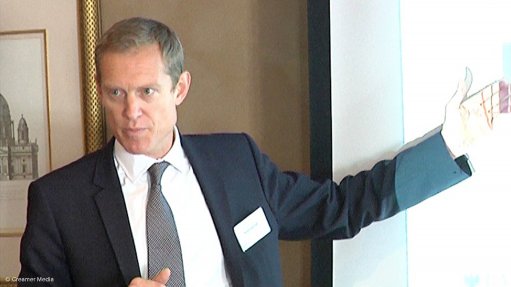 By: Henry Lazenby     5th June 2013 The shares of TSX-V-listed El Nino Ventures on Wednesday jumped nearly 17% after the company published results from a positive preliminary economic assessment (PEA) for its Murray Brook zinc/copper/lead/silver project, in the Bathurst Mining Camp, in New Brunswick. The PEA had found that the... →

By: Esmarie Iannucci     4th June 2013 The Northern Territory government has given its approval to the A$369-million expansion of the McArthur River zinc mine. Mines and Energy Minister Willem Westra van Holthe said on Tuesday that the Phase 3 development project would see to the employment of a further 300 people, and would extend... →

By: Henry Lazenby     21st May 2013 The construction and initial commissioning of TSX-listed Trevali Mining’s Santander zinc/lead/silver mine, in west-central Peru, was proceeding apace after the delays encountered in April. Vancouver-based Trevali last month reported that the importation of critical electrical safety cells for... →

By: Henry Lazenby     15th May 2013 Africa-focused project developer Ivanplats on Wednesday said it had significantly increased the resources at two of its largest African projects and added that it was moving to finalise its mining-right application at the South African Platreef project this quarter. Toronto-based Ivanplats, the... →

By: Natalie Greve     13th May 2013 The newly merged Glencore Xstrata group on Monday posted combined first-quarter 2013 production results, which saw the metals and minerals division delivering solid results, despite some softening in prices towards the end of the quarter. The energy divisions – comprising coal and oil – saw... →

By: Martin Creamer     3rd May 2013 In what had been a miserable year for miners and bankers, the UK mining-investment sector had lost a quarter-plus of its value, and was £100-billion down on last year, Liberum Capital mining head Michael Rawlinson said at the weekend. Equity issuance had been terrible, initial public offering... →

By: Esmarie Iannucci     1st May 2013 A definitive feasibility study (DFS) into ASX-listed Alara Resources’ Khnaiguiyah zinc/copper project, in Saudi Arabia, has shown that the project could be financially robust. The project would likely deliver some two-million tons a year of zinc, over a 13-year life-of-mine, with production... →

By: Henry Lazenby     1st May 2013 After 49 years of operation, Xstrata Zinc's Brunswick mine closed on a high note on Tuesday, as the company announced it had recently learned that it would be awarded this year's John T. Ryan Safety Award for outstanding safety performance in the metal mine category in the Quebec and East... →