28th February 2014 By Lee Downham In recent years, the financing environment for mining and metals companies of all sizes has been particularly tough, which has, in turn, put greater pressure on capital allocation decisions. Dramatic volatility and uncertainty in metal prices, energy costs, interest rates and... →

Infrastructure a burning issue in Ontario’s remote Ring of Fire

By: Mariaan Webb     28th February 2014 In Ontario’s Far North, the mineral reserve dubbed the Ring of Fire has been hailed as one of the most promising mineral developments in the province in almost a century, with the largest deposit of chromite ever discovered in North America. This discovery has potential for decades, possibly a... → 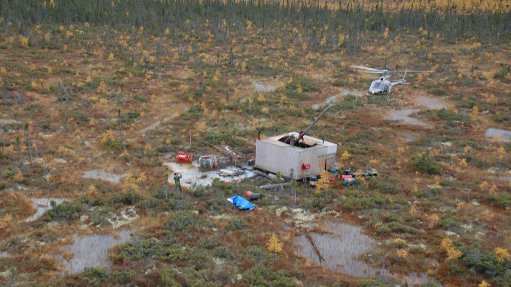 By: Mariaan Webb     28th February 2014 As a nation heavily reliant on commodity imports to sustain its industrial output, Germany is seeking closer ties with the Canadian mining industry to maintain its pole position as Europe’s manufacturing powerhouse. → 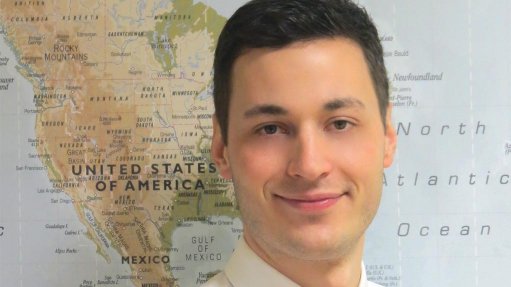 By: Mariaan Webb     28th February 2014 Despite the high-profile negative publicity around a plan to build a massive openpit mine in the Bristol Bay region, most of Alaska’s communities welcome responsible exploration and development, says the state’s Division of Economic Development director Joe Jacobson. → 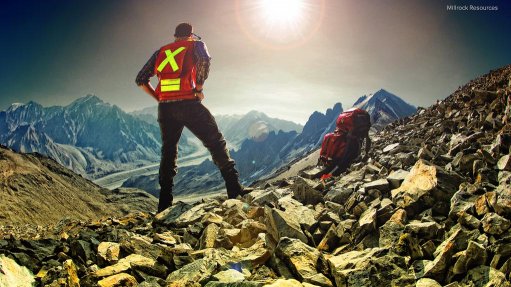 Striking a balance between the interests of investors and host nations

By: Mariaan Webb     28th February 2014 The rapid growth of emerging economies in Asia has driven a surge in demand for commodities in recent years, spurring investment in mineral resource projects across the globe. Higher commodity prices have seen governments of many resource-rich jurisdictions stepping up efforts to extract the most... → 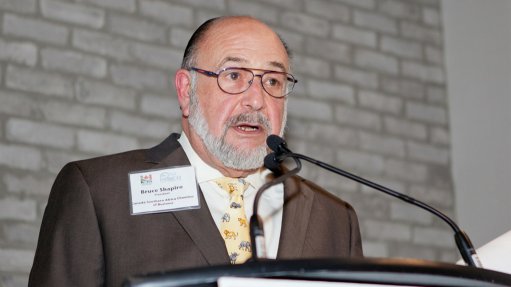 MineAfrica president Bruce Shapiro believes that a formula allowing investors at least a minimum return on investment – sufficient for them to invest in a country – over the life of the investment, could be the answer to mining revenue sharing

In 2014, a bull market rises from the Great Recession

By: Henry Lazenby     28th February 2014 Throughout 2013 world economic instabilities, lower commodity prices and decreased consumption growth in emerging markets all conspired to see many companies in the metals and mining sector witness their share prices plummet; the great wheel of change could finally start turning, however,... → 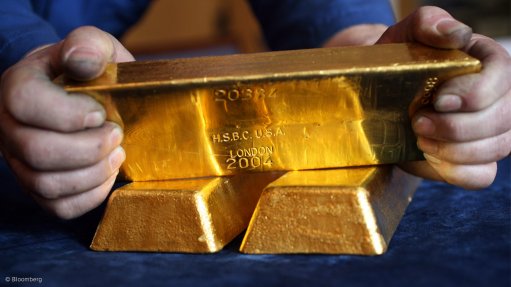 Photo by Bloomberg
FEELING THE SQUEEZE Some gold miners are targeting higher-grade ore to keep marginal mines operating and generating cash, at the expense of future production

From a provincial meeting to the global stage, PDAC Convention continues to grow

By: Mariaan Webb     28th February 2014 From a provincial yearly meeting of 900 attendees in the 1930s, the yearly Prospectors & Developers Association of Canada (PDAC) Convention has grown into an international conference attracting tens of thousands of attendees from around the world. → 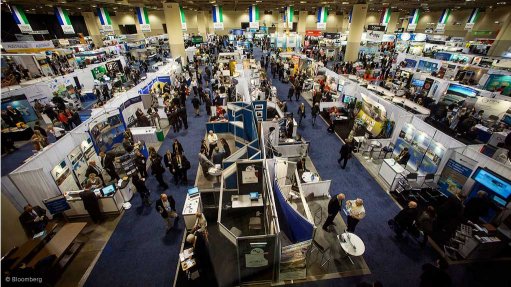 By: Mariaan Webb     28th February 2014 The booming commodity prices of the last decade have sparked considerable interest in the Labrador Trough – Canada’s main iron-ore district which extends through northern Quebec and Labrador – and while dozens of the junior developers that have flocked to the region are now struggling to finance... → 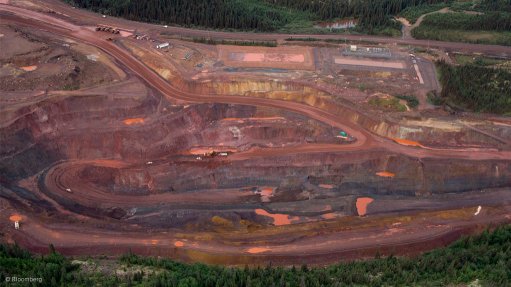 By: Mariaan Webb     28th February 2014 Unless South Africa manages to get its proverbial ducks in a row, the country is going to have difficulty attracting junior mining companies, which are typically the ones that take the most risk and find the world-class assets that bigger players eventually mine. → 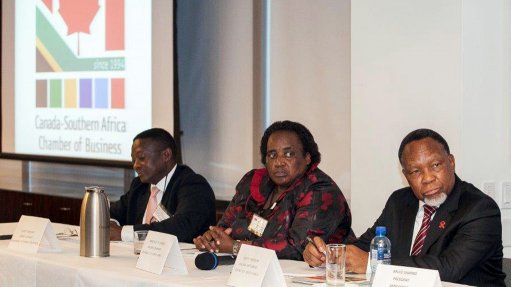 By: Mariaan Webb     28th February 2014 Potash producers will have to follow a moderate approach to pricing and could risk choking off demand for the key crop ingredient if they set their sights too quickly on regaining a price level of $400/t to $500/t, says London-based analyst Paul Burnside, of CRU. → 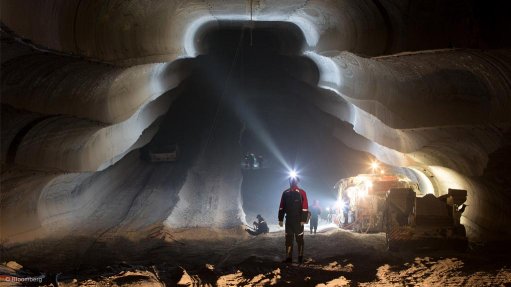 Photo by Bloomberg
An employee uses the light from a head torch to illuminate the machine cut walls of a potash mine operated by Uralkali, in Russia

By: Mariaan Webb     28th February 2014 It is hard to imagine building a mine in one of the hottest places in the world, but for Canadian exploration and development company  → 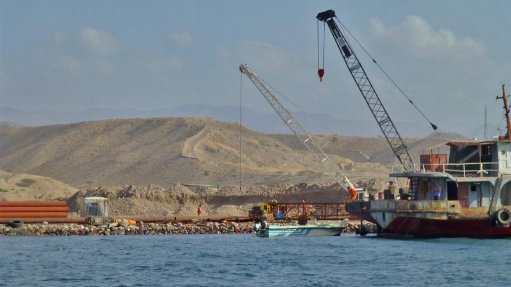 Allana will export its production from the Tadioura potash terminal, which Djibouti Ports is building

28th February 2014 The Prospectors and Developers Association of Canada (PDAC) is honouring six industry leaders at this year’s PDAC convention, with the 2014 winners to be celebrated at the association’s awards evening on Monday, at the Fairmont Royal York Hotel. → 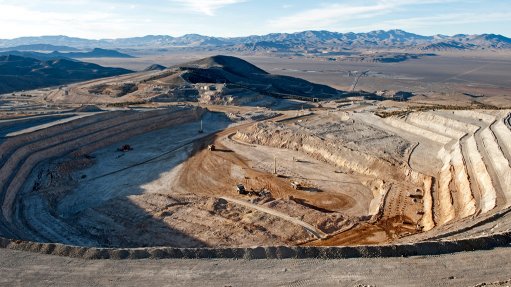 Photo by Bloomberg
CORTEZ MINE, NEVADA Barrick Gold's Goldrush Discovery Team is among the six award recipients that will be honoured by the Prospectors & Developers Association of Canada at a special awards ceremony on Monday, March 3 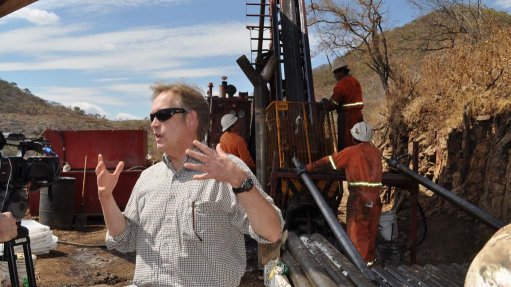 Newstrike CEO Richard Whittall says the company is exploring in one of the most significant gold districts in Mexico, which will likely prove up many more discoveries

By: Mariaan Webb     28th February 2014 With uncertain commodity markets, mining software group Mintec has reported a “year unlike any other” in 2013, as resource firms increasingly turned to technological innovation to increase efficiencies and lower costs. → 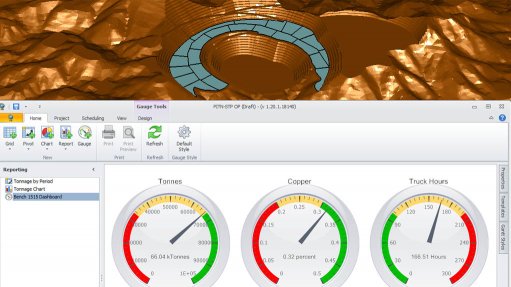 By: Mariaan Webb     28th February 2014 The current challenges facing the resources industry, coupled with the difficulty of raising capital, reinforce the importance of extending the Mineral Exploration Tax Credit (METC), which will expire at the end of March. → 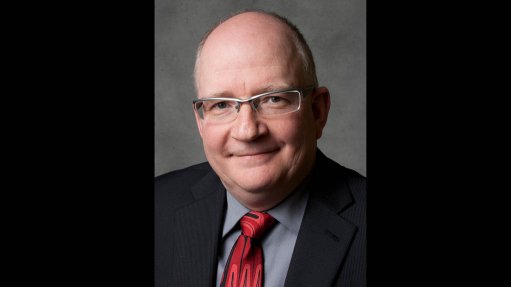 By: Mariaan Webb     28th February 2014 With nearly all the approvals in hand for its Kami iron project in western Labrador, TSX-listed Alderon Iron is gearing up to put shovels in the ground and start construction on what will be Canada’s newest iron-ore mine. → 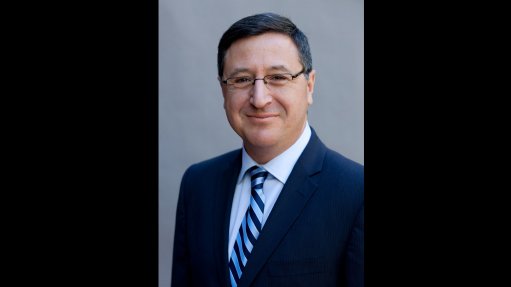 28th February 2014 As the global population grows, so too will the demand for products and services, which means that the mining industry will need more qualified technical workers to help develop and operate global mining projects. →

By: Mariaan Webb     28th February 2014 British Columbia, which celebrated the opening of the Thompson Creek-owned Mt Milligan copper/gold mine in 2013, will see two more mines enter production this year, bringing the number of operating mines in the province to 21. → 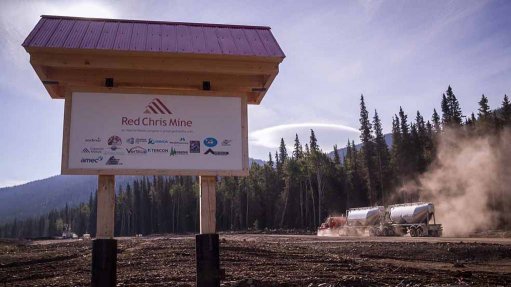 By: Mariaan Webb     28th February 2014 As the mining world struggles to raise financing on global capital markets, Toronto-listed diversified junior Fortune Minerals is pursuing a financing strategy based on securing strategic partnerships with companies that need the product it plans to produce from its two development projects in... → 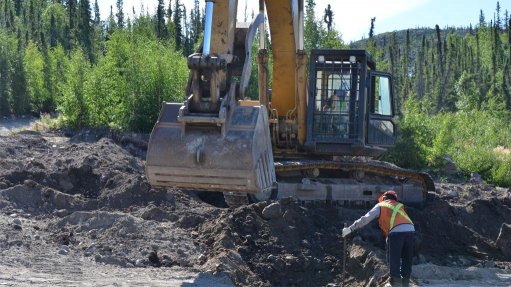 By: Janice Healing     15th February 2013 Without exception the mining sector the world over must deal with the ‘people factor’. In this regard Canada is no different, with human resources (HR) challenges one of the largest threats to the future competitiveness of its mining industry. The Mining Industry Human Resources Council (MiHR) is... →

By: Zandile Mavuso     27th July 2012 The Canadian mineral exploration and development sector has been performing well, despite the economic decline experienced by the world’s industries and markets, says the Prospectors and Developers Association of Canada (PDAC). →

Integrated mine planning gets a boost

24th February 2012 For more than 40 years, global software and service provider Mintec has pioneered mining software while opening a worldwide network of offices to serve the industry. →

Convention grows in leaps and bounds

By: Janice Healing     24th February 2012 The goal for the Prospectors and Developers Association of Canada (PDAC) 2012 convention is to once again be the world’s leading convention for the mineral exploration industry and to be the premier networking and educational event for a thriving industry. →

By: Janice Healing     24th February 2012 With the growth of mining projects in Canada and the increased opportunities that Canadian mining companies are finding abroad, Aggreko is well-placed to offer temporary power and temperature control packages to mines operating all over the world. →

Canadian miners take on the world

By: Janice Healing     24th February 2012 Canadian mining companies are taking their talents across the globe and exploring, building and operating mines all over the world.  →

By: Janice Healing     24th February 2012 Africa is a key investment and trade destination for Canadian firms, and the southernmost tip of the continent is making its mark as a trading partner with Canada. →

New mine to add sheen to silver producer’s future

By: Janice Healing     24th February 2012 The start of construction work at Impact Silver’s openpit Capire mine in Mexico is set to position the company as a multimillion ounce silver producer when it enters production in late 2012. →

Products do their bit in Quebec

Strong growth on the cards for resources group

By: Janice Healing     24th February 2012 Canadian resources group Teck Resources expects the company and the country to benefit from the continued growth in demand for raw materials from Asia. →