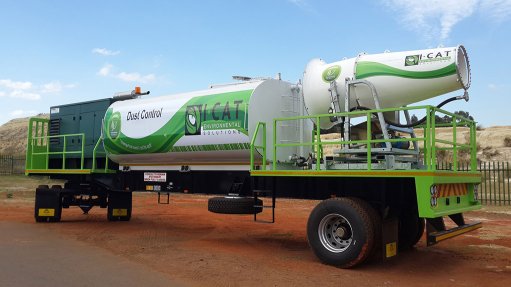 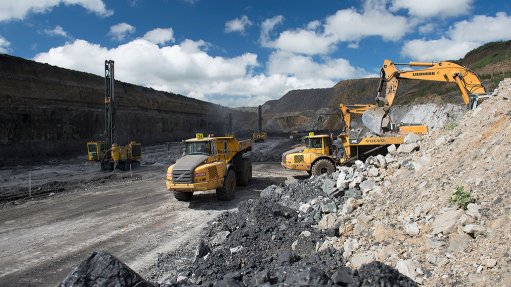 By: Nomvelo Buthelezi     10th May 2013 Opencast mining provider Diesel Power, in techinical and management support of its fellow group subsidiary Diesel Power Congo, has been awarded an openpit mining and quarrying contract, in the Republic of Congo. →

By: Esmarie Iannucci     8th May 2013 The shareholders of ASX-listed junior Fox Resources has smiled on the news that the company had entered into two agreements to sell and transfer a portion of its Mount Regal tenement, in Western Australia. The company signed agreements with quarry operators Hanson Construction Materials and... →

Contract renewed for one year

By: Zandile Mavuso     26th October 2012 The observance of safety standards by mining contractor Concor Opencast Mining has resulted in its contract for JSE-listed mining group Impala Platinum’s (Implats’) opencast mine near Rustenburg being renewed for another year. →

Techniques developed to optimise fleet use

By: Zandile Mavuso     26th October 2012 The African World Heritage Fund (AWHF) identified the need to alleviate poverty and promote sustainable development through rehabilitation processes in opencast mining at its international conference on September 26 to 29 at the Kopanong Hotel and Conference Centre, in Benoni. →

26th October 2012 The Democratic Alliance (DA) is concerned that mining company Ngwenya Mining and Exploration intends to start an opencast iron magnetite mine in Heidelberg, Gauteng, without conducting an environmental-impact assessment (EIA). →

By: Zandile Mavuso     26th October 2012 South Africa’s coal industry has increased its appetite for rehabilitation services to ensure compliance with environmental legislation, says mining consultancy VBKom Consulting Engineers, which is undertaking a rehabilitation planning and scheduling project for an opencast operation in... →

By: Nomvelo Buthelezi     14th September 2012 Concor Opencast Mining is renewing its contract with Impala Platinum at its opencast mine near Rustenburg.  →

Interest in qualifications bolstered by DMR

By: Yolandi Booyens     11th May 2012 The skills gained through opencast-mining qualifications are in high demand in the mining industry, owing to the Department of Mineral Resources’ stricter requirements for competency in the industry to improve safety, says training company Xtract Training Services. →

Updated expertise to be made available to industry

By: Yolandi Booyens     11th May 2012 The third edition of the reference book ‘Blasthole Drilling in Open Pit Mining’, which serves as a guide to mining engineers in the opencast mining industry, will be released in September this year, mining services company Atlas Copco reports. →

By: Yolandi Booyens     11th May 2012 After shedding 90% of its workload in 2009, owing to the economic downturn, mining services company Trollope Mining Services has experienced a 92% growth rate with the promise of a further 27% growth by the end of June 2012.  →

By: Matthew Hill     26th January 2012 Caterpillar Inc, the world's biggest manufacturer of construction and mining equipment, on Thursday shot the lights out with its fourth-quarter earnings announcement, unveiling its biggest year-on-year revenue increase since 1947 – the year the Paris Peace Treaties were signed. The company... →

By: Henry Lazenby     18th November 2011 JSE-listed mining services provider and coal miner Sentula Mining on Friday reported a R230-million loss for the half-year ended September 30, despite a 10% revenue increase to R1.35-billion. Headline earnings, which strip out certain one-off costs, remained unchanged at 10.6c a share when... →

Key to success lies in education

By: Natasha Odendaal     20th May 2011 Employing the right people for the job at hand is the key to the success of plant hire company ALS BEE, part of the ALS group, says ALS BEE MD Bethuel Mokotedi.  →

By: Schalk Burger     6th May 2011 A stable period of sustained work for the construction industry will boost aggregate and sand miners and will help to counteract the moderation in projects that followed the 2010 construction programme, says industry body Aggregate & Sand Producers Association of Southern Africa (Aspasa) director... →

6th May 2011 Rio Tinto has strengthened its global uranium resources with the upgrade of its mineral resources and ore reserves at its 69%-owned Rössing Uranium, in Namibia. →

By: Schalk Burger     6th May 2011 JSE-listed coal mining company Optimum Coal has a robust portfolio of mining assets, a solid growth pipeline and is working towards increasing the life-of-mine of its operational footprint, while sustainably addressing its responsibility towards the environment, the company reports. →

Opportunities in industry but on the back of rising costs

By: Schalk Burger     6th May 2011 There are currently more opportunities for opencast mining companies and contractors than in 2009, but costs are expected to gradually increase, says opencast mining contract company Diesel Power CEO Kobus van Biljon. →