SA mine may make small, but significant, dent in China’s rare-earths market dominance

By: Irma Venter     17th September 2010 Earlier this year the increasingly tight rare earths supply situation prompted one environmental journalist in the US to exclaim that we should all kiss our wind turbines goodbye. →

By: Matthew Hill     13th September 2010 Energy giant Shell is confident of finding shale gas in South Africa, CEO Peter Voser said on Monday. The company has been granted permits to explore for the fuel by Petroleum Agency SA, along with oil and gas company Falcon. Sasol and Anglo American have also applied for exploration permits.... →

Coal to remain world's top power source over next 20 years

By: Matthew Hill     13th September 2010 Global energy demand will rise as much as 40% in the next 20 years, IHS Cambridge Energy Research Associates chairperson Daniel Yergin said on Monday. "In our scenarios for the future we expect by 2030 to see growth somewhere between 30% and 40% off a much larger base in demand. That's a very... →

By: Liezel Hill     10th September 2010 The government of Alberta has laid charges against Suncor Energy for alleged violations related to the company's responsibility to manage stormwater run-off at its Voyageur upgrader site, about 20 km north of Fort McMurray. “The charges relate to non-compliance with Suncor’s Water Act licence... →

By: Esmarie Iannucci     9th September 2010 ASX-listed gas producer Santos and its joint-venture partner (JV) in the Gladstone liquefied natural gas (GLNG) project, Petronas, have agreed to sell a 20% stake in the project to Total. Santos said in a statement that it had sold 15% of its 60% stake in GLNG to Total for a total of... →

By: Esmarie Iannucci     8th September 2010 Australia’s liquefied natural gas (LNG) production for the 2009/10 financial year increased by 7,5% to record levels of 18,7-million tons, on the back of an increased global demand. Energy economics group EnergyQuest has reported that the growth in LNG production was driven by a growing demand... →

By: Esmarie Iannucci     30th August 2010 Australian gas producer Santos on Monday reported that it was looking to develop a new Western Australian gas supply from its Halyard field, which it jointly owns with Apache Energy. The two companies would now complete and tieback the Halyard well, and subject to the outcome of the Spar 2... →

By: Esmarie Iannucci     27th August 2010 Oil and gas explorer African Petroleum, led by Tony Sage, would delist from the ASX on September 3, and would now only trade on Australia’s NSX. The company it would delist to protect shareholder wealth and to remove the “distractions caused by the questions and queries raised by the ASX” to... →

By: Esmarie Iannucci     19th August 2010 Queensland Premier Anna Bligh on Thursday welcomed the successful completion of the acquisition of Australian coal seam gas company, Arrow Energy by energy major Shell. A joint venture (JV) between Shell and a subsidiary of PetroChina in March agreed to buy Arrow in a cash deal worth... →

By: Esmarie Iannucci     18th August 2010 Oil and gas producer Woodside has reported a 40% increase in its profits for the first half of the 2010 financial year. Net profit after tax increased to A$901-million, mainly owing to stronger commodity prices and the sales gain from the Otway assets. →

Carbon Energy gets environ approval for UCG venture in Chile

By: Esmarie Iannucci     17th August 2010 ASX-listed underground coal gasification (UCG) company Carbon Energy has received environmental approval for the first stage of its UCG joint venture (JV) in Chile. The company said in a statement on Tuesday that the environmental approval was a key milestone in the development of the project,... →

By: Esmarie Iannucci     11th August 2010 Resources, Energy and Tourism Minister Martin Ferguson said on Wednesday that should the Gillard government be re-elected, his Ministry would look to establishing a national offshore petroleum regulator by January 2012. Ferguson said that the current designated authority arrangements for... →

By: Esmarie Iannucci     11th August 2010 Oil and gas producer Santos has appointed Peter Cleary as its vice-president (VP) for strategy and corporate development. Clearly was previously employed by petroleum giant BP, and was most recently the president of North West Shelf Australia Liquefied Natural Gas (LNG), the LNG marketing... →

By: Esmarie Iannucci     9th August 2010 Coal seam gas explorer Eastern Star Gas on Monday entered into an agreement to acquire a 24 ha parcel of land on Kooragang Island, in Newcastle, for its proposed Newcastle liquefied natural gas (NLNG) export project. The A$25-million acquisition would be funded through a A$100-million equity... →

By: Eleanor Seggie     6th August 2010 International engineering company AMEC Minproc president Malcolm Brown says that there is an increased focus on Australia’s sizeable, untapped iron-ore deposits, which, he believes, is a significant growth area for the mining industry. →

By: Esmarie Iannucci     3rd August 2010 Oil and gas explorer Nexus Energy on Tuesday refuted media speculation that it was a takeover target for major oil producer Shell. In response to a query from the ASX, Nexus said that it had not been approached by any party, nor was it in discussions with any parties in respect of a takeover. →

Wasow to retire as Santos CFO

By: Esmarie Iannucci     3rd August 2010 ASX-listed Santos reported on Tuesday that executive vice president and CFO Peter Wasow would be retiring at the end of 2010. Wasow has been in the position since 2002, and would remain in his role until the end of the year, or until a successor is appointed to enable an orderly transition of... →

By: Esmarie Iannucci     2nd August 2010 Oil and gas explorer Bow Energy on Monday confirmed that it was in negotiations with fellow-listed Liquefied Natural Gas (LNG) with respect to that company’s Fisherman’s Landing LNG project, in Gladstone. LNG said in a statement that the company was exploring gas supply and strategic partner... →

By: Esmarie Iannucci     29th July 2010 Australian oil and gas company Monitor Energy has entered into an agreement valued at around $120-million to buy up to a 90% stake in three production licences in producing onshore oilfields in Trinidad. Monitor will use a combination of scrip and cash to buy the stake in SOCA Petroleum, the... →

By: Liezel Hill     28th July 2010 Toronto-based nickel and energy firm Sherritt International earned C$15,7-million in the second quarter, 36% lower than in the same period a year earlier, the firm reported on Wednesday. However, the net income figure includes an unrealised after-tax foreign exchange loss of C$18,1-million and a... →

By: Esmarie Iannucci     26th July 2010 The Australian unit of oil major Chevron has released the environmental review and management programme (ERMP) of its Wheatstone liquefied natural gas (LNG) project, in the Pilbara, for public comment. The draft ERMP would be available for ten days which after, the Western Australian... →

By: Matthew Hill     23rd July 2010 In Kurt Vonegut’s 1976 novel 'Slapstick, Or Lonesome No More', he talks about a future Chinese government that physically shrinks the population to reduce resources demand. But such a mass miniaturisation remains in the realms of fiction, and China’s insatiable appetite continues to grow.  →

By: Esmarie Iannucci     23rd July 2010 ASX-listed oil and gas producer Woodside on Friday reported that production volumes for the quarter ended June were down by 9% compared with the previous quarter. This was largely as a result of scheduled maintenance shutdowns on the North West Shelf trains three and four, the sale of the Otway... →

By: Esmarie Iannucci     22nd July 2010 The spin-off company of Arrow Energy – Dart Energy – on Thursday successfully listed on the ASX, and completed a A$35-million capital raising. Dart had more than 367,2-million shares trading on the ASX, at A$0,74 a share, valuing the company at around A$275-million. →

By: Matthew Hill     20th July 2010 Canadian Liberal Party leader Michael Ignatieff said on Saturday that the Alberta oil sands “have to be cleaned up”. Ignatieff, who has been on a national bus campaign in an attempt to boost support, said that the ruling Conservative government had not done enough to ensure the industry’s... →

By: Esmarie Iannucci     14th July 2010 ASX-listed oil companies Mosaic Oil and AGL Energy have entered into a scheme implementation deed, under which AGL would acquire all of the issued share capital of Mosaic, after the Mosaic board unanimously recommended the takeover. Under the proposed acquisition, Mosaic shareholders would... →

By: Esmarie Iannucci     7th July 2010 ASX-listed Globe Securities would buy Harness Petroleum, once it concluded the Mako Energy acquisition, it reported on Wednesday. In March, Globe announced that it would acquire Mako for $7-million, under an option agreement.  →

By: Esmarie Iannucci     7th July 2010 Diversified miner BHP Billiton has been given the nod by the Western Australian environmental protection authority (EPA) for the development of a subsea pipeline from the Macedon gas field to an onshore gas treatment and compression plant. EPA chairperson Paul Vogel said that it is unlikely that... →

Beach Energy and Itochu team up to develop LNG project

By: Esmarie Iannucci     6th July 2010 ASX-listed oil and gas explorer Beach Energy has entered into a memorandum of understanding with Japan’s Itochu Corporation to investigate the potential for a joint development project. Beach said on Tuesday that the companies would be looking at a business arrangement, in which Beach would... →

By: Esmarie Iannucci     1st July 2010 ASX-listed natural gas company AGL Energy has made an offer to acquire fellow listed Mosaic Oil, it announced on Thursday. AGL was offering either a cash option of A$0,15 a share, or 1,01 of its own shares for every 100 Mosaic shares held. →

By: Esmarie Iannucci     29th June 2010 Underground coal gasification (UGC) company Liberty Resources has completed a scoping study for its Denison gas project, in Queensland, and was now looking for suitable joint-venture (JV) parties to develop the project. The scoping study was based on 19 783 PJ of recoverable syngas, produced at... →

By: Esmarie Iannucci     29th June 2010 Central and eastern Europe-focused Hawkley Oil & Gas on Tuesday started trading on the ASX, following the completion of a reverse takeover of the former biotechnology company Incitive, and a successful A$5,5-million capital raising. Hawkley shares were trading at around A$0,19 on Tuesday. →

What will Gulf of Mexico spill mean for Canada's oil sands?

By: Liezel Hill     25th June 2010 From finger-pointing at the Copenhagen climate summit to a flurry of new project approvals, 2010 started with a bang for the Canadian oil sands industry. Fast forward six months later, and the question on the lips of investors and pundits alike is: What implications will the BP oil spill in the... →

What will Gulf of Mexico spill mean for Canada’s oil sands?

By: Liezel Hill     25th June 2010 From finger-pointing at the Copenhagen climate summit to a flurry of new project approvals, 2010 started with a bang for the Canadian oil sands industry.  → 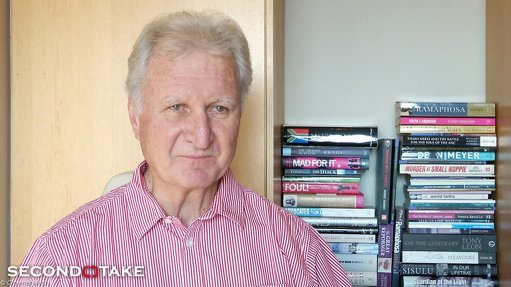 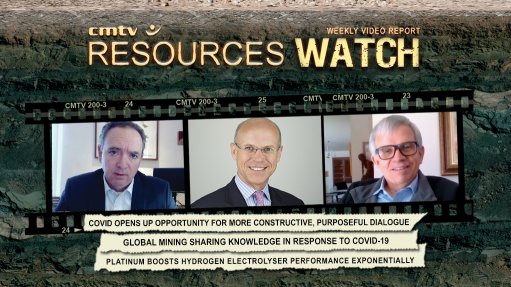