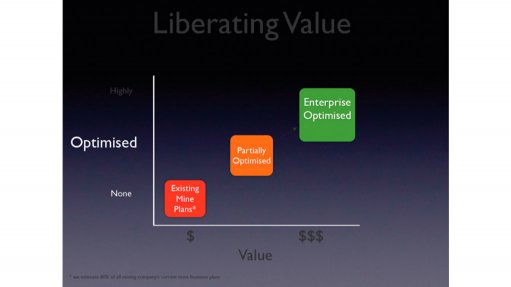 3rd July 2015 Iron-ore company Centaurus Metals announced it has taken the first step towards expanding its direct shipping ore (DSO) business in south‐east Brazil, after securing an option to acquire 100% interest in a portfolio of highly prospective tenements with extensive DSO mineralisation. → 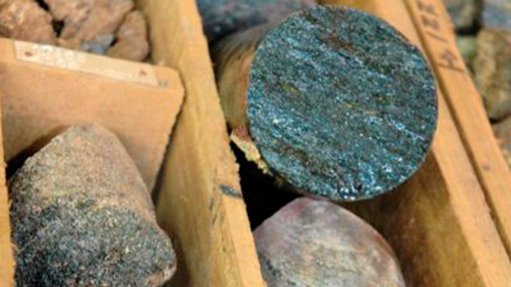 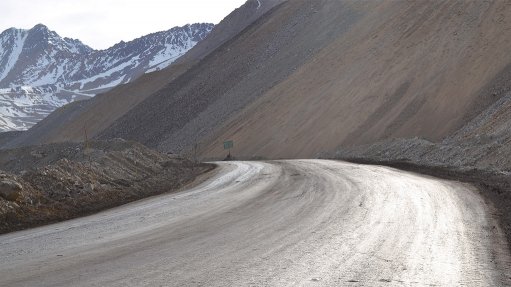 25th July 2014 California-based mining company Brazil Minerals (BMIX) announced in May that it received $500 000 when it sold Gemological Institute of America- (GIA-) graded diamonds, common stock and two-year options to four investors. The GIA-graded diamonds will be delivered over time until December 2015.... →

Photo by Duane Daws
SHINE ON BMIX is selling a portion of its production as polished diamonds, at much higher margins than rough diamonds 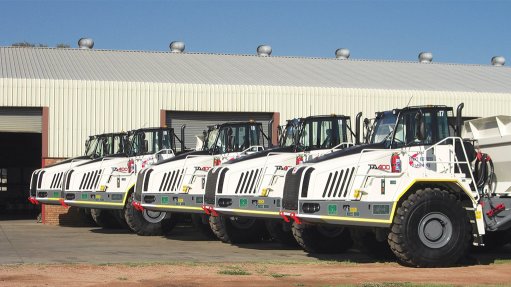 25th July 2014 Mineral processing equipment and automation systems provider Metso has expanded its service offering to Peru and Mexico by establishing mining service centres in the two countries. These investments, worth €6-million each, dovetail with Metso's long-term strategy to strengthen its presence in... →

25th July 2014 California-based phosphate explorer Focus Ventures in January signed a formal option agreement for the acquisition of shares in Juan Paulo Quay (JPQ), the titleholders of the Bayovar 12 nonmetallic mining concession, in Peru. The concession has the potential to host a large sedimentary phosphate... →

Opportunity for South Africa in Peru

By: Jonathan Rodin     25th July 2014 The South American mining industry will reach an estimated compound yearly growth rate of about 6.2% from 2012 to 2017, which will take the industry to a total value of $184.3-billion. Some of the world’s largest copper, bauxite, iron and nickel deposits are situated in South America, with the... →

By: Sashnee Moodley     26th July 2013 The fulfilment of the South American mining industry’s potential for growth lies not only in the resource-rich areas of the continent, but also in the ability to articulate the several challenges and the eagerness of the government to help on this, given the complexity of such kinds of investments.  →

By: Sashnee Moodley     26th July 2013 Latin American-focused Fortuna Silver Mines is active in South America, with a $6.7-million brownfields exploration budget for the area around its Caylloma mine, in Peru, where it has discovered high-grade gold mineralisation in the Ramal Piso Carolina and Don Luis veins, located in the northern... →

Expansion on the cards for Peruvian manufacturer

By: Sashnee Moodley     26th July 2013 Peru-based manufacturer Resemin reports that the underground mining industry in South America is increasing significantly, with the industry demanding about 240 drilling rigs a year. →

By: Chantelle Kotze     15th June 2012 In 2010/11 at least 25 countries increased or announced intentions to increase their government take of profits generated by the local mining industry through taxes or royalties, says advisory firm Ernst & Young’s yearly ‘Business risks facing mining & metals 2011/12’ report, with seven of these... →

15th June 2012 Chile State-owned copper producer Codelco says it will invest a record amount of $4.3-billion this year, of which $2.2-billion is allocated to the investment plan managed by Project Vice-Presidency (PV) – the specialised unit created in 2005 for the management and implementation of the company's... →

Updated mine software to be released

By: Chantelle Kotze     15th June 2012 Mining technology and consulting company MineRP has upgraded its Mine2-4D mine planning software to provide a complete and automated mine planning and scheduling system for underground and openpit mining operations.  →

By: Chantelle Kotze     15th June 2012 ASX-listed minerals exploration company Helix Resources increased its total number of 100%-owned projects in Region IV, in Chile, to six when it acquired the Huallillinga project, in March this year, after a visit to the area by its technical director and Chile-based geologists. →

By: Chantelle Kotze     15th June 2012 Canadian gold miner Kinross Gold is focused on optimising both its operating and developing mines – including its assets in the South American countries of Brazil, Chile and Ecuador – with the aim of improving capital efficiency, project sequencing and investment returns. →