By: Bruce Montiea     4th September 2015 The shortage of electricity supply in South Africa and the associated increase in electricity prices have resulted in a severe downturn in the country's furnace industry, with many smelting projects being put on hold, says high-capacity furnace and smelting plant company Tenova Pyromet sales and... → 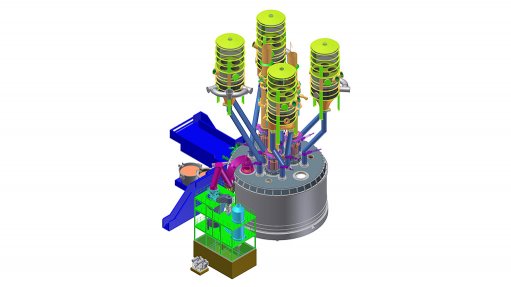 By: Bruce Montiea     4th September 2015 Canadian precious-metals and specialty minerals projects developer Fortune Minerals is pursuing financing solutions and offtake agreements for its Nico gold/cobalt/bismuth/copper project, a vertically integrated development comprising a proposed mine in Canada’s Northwest Territories and a... → 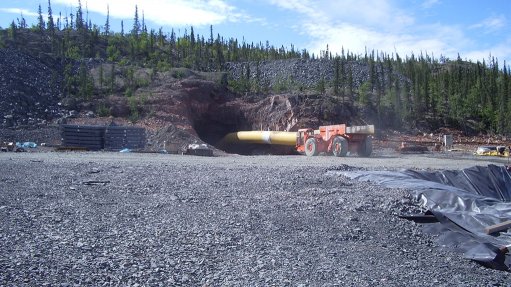 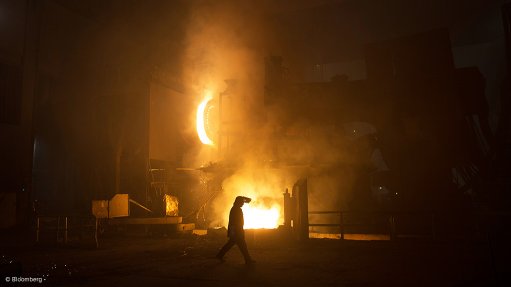 Zimbabwe to get new refineries

4th September 2015 Platinum producers Anglo American Platinum (Amplats) and Impala Platinum (Implats) last month entered into an agreement with the Zimbabwean government to complete building refineries in the country within the next two years. "The companies have two years to implement their plans. We are confident... → 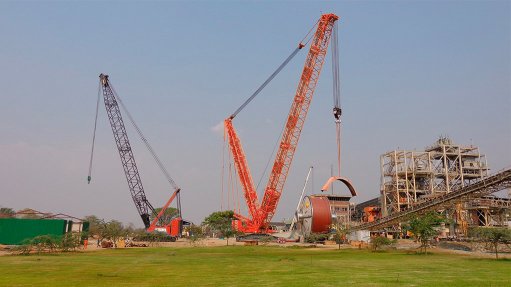 HEAVYWEIGHT Zimplats is a major platinum player in Zimbabwe 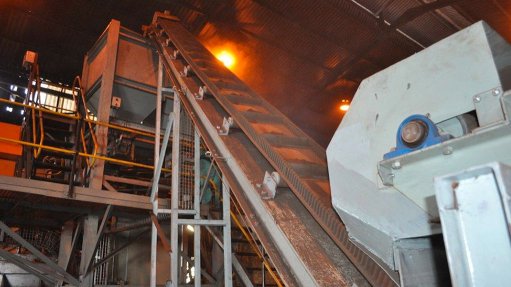 4th September 2015 Established in 1998, Wester Mineralien manufactures and supplies minerals and products to the refractory, abrasive and sandblasting industries. The company’s expertise covers the crushing, screening, demagnetising, dedusting and micronising of minerals. → 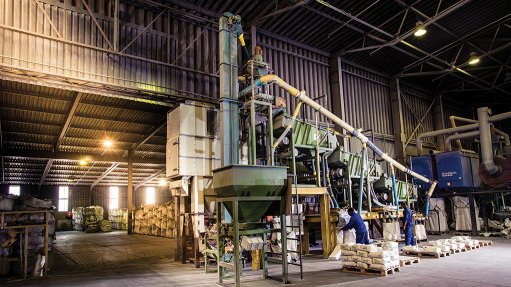 Focusing on care and maintenance

By: Mia Breytenbach     5th September 2014 Although local furnace and industrial services company Dickinson Group has undertaken more than 90 projects in furnace repairs, demolitions and installations for the mining, metals and minerals processing industry this year, it notes that furnace projects have decreased in magnitude, while... → 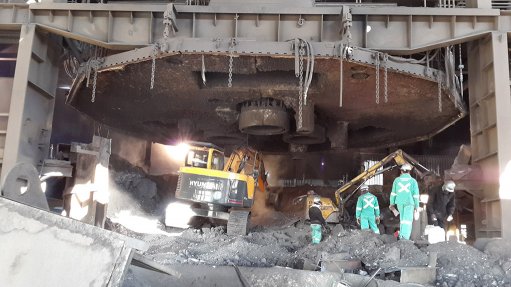 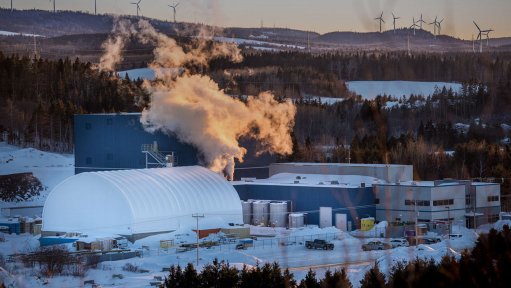 STEP UP Orbite Aluminae will use its $105-million high-purity alumina facility in Cap-Chat, Quebec as the stepping stone for its waste monetisation strategy

By: Mia Breytenbach     5th September 2014 Mining solutions provider MBE Minerals’ pneumatic flotation technology, Pneuflot, with installations in more than 70 plants around the world, has been proven to be highly effective on a number of African ores in the last few months, says MBE Minerals development manager Greg Niekerk. The company... → 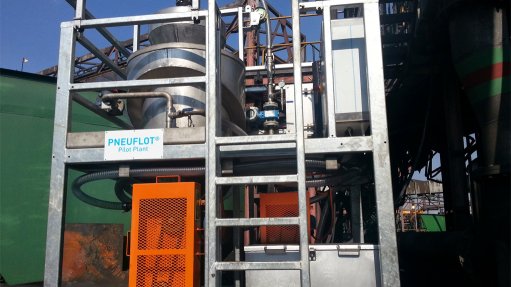 5th September 2014 Global manufacturer and equipment supplier FLSmidth’s capabilities in the gold extraction arena will be showcased with the supply of equipment to Vancouver-based gold producer B2Gold’s Otjikoto gold project in Namibia. FLSmidth is the only company in Africa capable of providing a complete... → 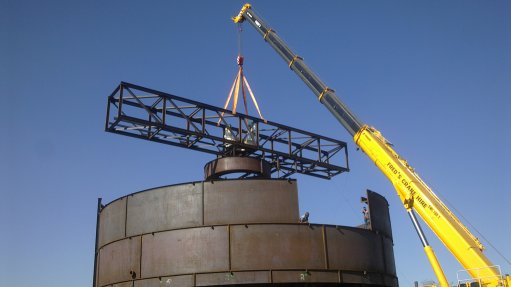 5th September 2014 As mineral processing equipment supplier Multotec positions itself to become the leading screening media solutions provider in the international arena within the next five to ten years, the company is accelerating its research and development (R&D) programmes across several focus areas. “Against... → 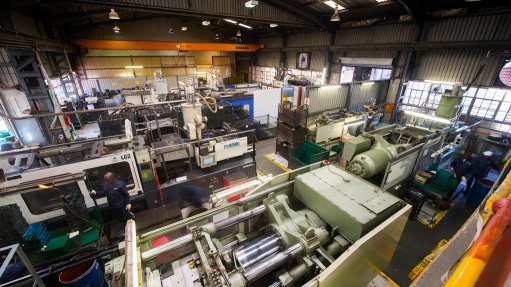 5th September 2014 As the local mining sector faces increasing cost pressures across the whole mine supply chain, it becomes increasingly important to enhance throughput during processing, where ore is effectively turned into saleable commodities. “With cost pressures mounting on a daily basis, it pays for mines to... → 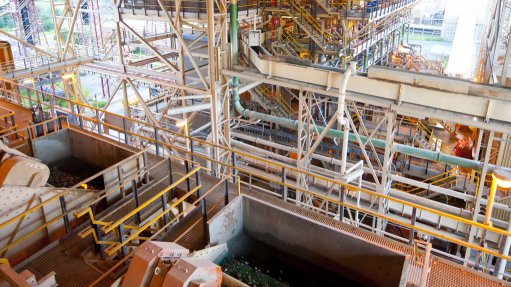 By: Mia Breytenbach     5th September 2014 The mining industry is faced with the reality of having to mine and process lower-grade ore from increasingly complex orebodies – a trend that could develop into the blending of different ores and concentrates for collective processing, says State-owned minerals researcher Mintek. “As lower-grade... → 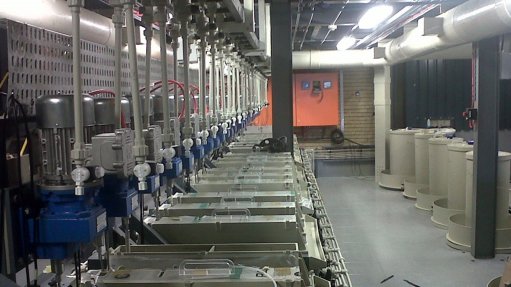 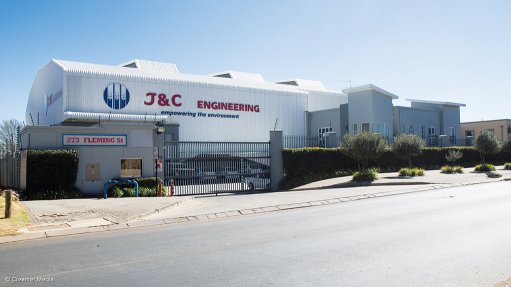 By: Carina Borralho     6th September 2013 Platinum mining, refining and marketing company Impala Platinum (Implats) tells Mining Weekly that it is investigating the mechanisation of mining activities as a sustainable way to continue mining operations in the future. The company, which produced 25% of the world’s platinum in 2012, reports... →

By: Carina Borralho     6th September 2013 Mining activities machinery, equipment and accessories supplier the DOVE Group reports that its newest multisensor radar detector – the DOVE DSD X6000 – can locate ore veins and precious stones or metals, as well as underground tunnels and anomalies, as it is 16 times more sensitive than previous... →

6th September 2013 Australia’s national science agency, the Commonwealth Scientific and Industrial Research Organisation (CSIRO) reports that an environment-friendly processing method, that uses and recycles nitric acid, could unlock 70% of the world’s nickel supply. Full-scale testing of the process started in... →

By: Carina Borralho     6th September 2013 Canada-based integrated engineering, managing and planning company TRU Group, which serves the mining and manufacturing industries, reports that the steady global economic recovery will provide some sustenance for the production and consumption of niche metals such as magnesium, lithium and rare... →

By: Gia Costella     7th September 2012 State-owned minerals researcher Mintek has completed the construction of, and is now commissioning, a new R40-million water atomisation plant at its Johannesburg facility, in Randburg, which it says will benefit the platinum industry in particular. Commissioning of the plant is expected to be... →

Mozambique branch opened to cash in on coal sector development

By: Gia Costella     7th September 2012 Minerals processing solutions provider Multotec has opened a branch in Tete province, in Mozambique to service the country’s growing coal sector. The country’s coal output is expected to jump to 100-million tons a year in the next decade. “Recently, many mining companies have realised the... →

By: Gia Costella     7th September 2012 Minerals processing and project management company MDM Engineering sees massive development potential in Africa and has selected Ghana, Tanzania and the Democratic Republic of Congo (DRC) as the key countries in which it intends to secure repeat business. “We decided to focus on these countries... →

By: Gia Costella     7th September 2012 As mining activity ramps up on the continent, the huge mining equipment spreads currently existing in Africa are actively marketed by distributors; therefore, the mining industry should ensure that it is able to identify the best technology available for the processing, refining and smelting of... →