Company ensures safety for its customers

24th September 2010 Leading forklift truck specialist Action Equipment Company (AEC) says that it is one of only a handful of companies in South Africa that offers its clients peace of mind with Fleet-Watch, a web-based general packet radio service asset managing system, that allows the company to access real-time... →

By: Dimakatso Motau     24th September 2010 Industrial consumables and engineering firm Bearing Man Group (BMG) says that it has commissioned a load test rig at its BMG Park factory in Johannesburg.  →

By: Dimakatso Motau     24th September 2010 Bulk handling and lifting equipment company Arlona Engineering has launched a 12-m³ remote opening hook-on grab, mainly for use in the shipping industry, but the company is also able to tailor-make grabs to suit a variety of industries.   →

New certification introduced for the logistics and transportation industry

By: Dimakatso Motau     24th September 2010 International manufacturer and supplier of mining equipment Manhattan Corporation reports that it is currently involved in a variety of materials handling projects throughout South Africa. →

Trouble-free chute installation at Damtshaa mine

28th May 2010 The replacement of diamond mine Damtshaa’s conveyor BK9 transfer chute with a turnkey solution, which includes investigation, design, manufacture, installation and commissioning by bulk materials handling company Weba Chute Systems has proved to be trouble- and maintenance-free after eight months... →

28th May 2010 Specialist in drive systems and alternators Leroy-Somer’s range of speed reduction gear motors includes the newly designed Orthobloc 3000 series, which offers enhanced performance in materials handling applications. “These new modular gearboxes, which form part of the new 3000 range, have an... →

28th May 2010 High-lift Taylor TXB all-terrain forklifts have been launched into the South African market by specialists in materials handling equipment Big Lift Trucks (BLT).  This series is resistant to dynamic loads and is the newest unit in the Taylor range of forklifts.  “Known to Taylor as the workhorse... →

By: Tracy Hancock     28th May 2010 As the South African economy starts to stabilise after the crippling worldwide recession, the materials handling industry has emerged with few job opportunities, reports South African Institute of Materials Handling (SAIMH) chairperson Phil Staples. “At present, it is a tough industry to be in.... →

28th May 2010 Stalled projects, rising input costs and increasing technical sophistication are the trends at the forefront of the overhead crane and hoist market.  The South African market for cranes and hoists today comprises some R500-million a year and is currently stagnant after a period of dramatic growth... →

Crane arrives to give South African mining industry a lift

By: Tracy Hancock     28th May 2010 Heavy lift and relocation specialist Vanguard’s R70-million investment, the GTK 1100 crane, has arrived in South Africa. The crane is the only one of its kind in Africa and is the seventh in the world. The crane is designed and manufactured by Grove Cranes, a subsidiary of Germany-based crane... →

By: Tracy Hancock     28th May 2010 Materials handling company Roymec has commissioned a 15,9-km conveyor at the $505-million Mpumalanga-based Zondagsfontein coal project, which is the longest single flight overland conveyor in Africa. “It is also one of the longest single flight overland conveyors in the world. The Zondagsfontein... →

By: Tracy Hancock     28th May 2010 Broad-based supply chain management company Super Group has been appointed as the sole logistics service provider for mining equipment and services provider Sandvik Mining and Construction (Sandvik).  The contract includes the management of Sandvik’s outbound national distribution, as well as its... →

Call for products to get back on track

By: Tracy Hancock     28th May 2010 Logistics company Imperial Logistics is collaborating with its customers and State-owned logistics group Transnet in an effort to bring back to rail the commodities and containers that are suitable for rail transport. Further, it is critically important for the road and rail sectors to... →

28th May 2010 With an order book valued in excess of R1,4-billion, Sandvik Materials Handling will be heavily occupied during the next couple of years helping to bring some of Southern Africa’s biggest mining projects to fruition.  The projects include coal miner Sasol Mining’s Thubelisha shaft project near... →

25th September 2009 Gearbox technology and manufacturer Hansen Transmission has designed the conveyor drives for a coal mine expansion project in the Witbank/Middelburg area. →

Grab crane delivered to mine

By: Amanda Strydom     25th September 2009 Diversified mining giant Rio Tinto’s QIT Madagascar Minerals (QMM) was the export category winner at the 2009 Steel Awards for its logistical feat in setting up its Ilmenite plant, in Fort Dauphin, on the south-east coast of Madagascar. →

Duff feeders for removal of dry or wet material 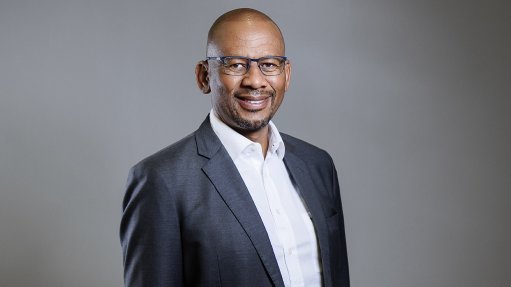