29th May 2015 Bulk materials handling in the mining industry is a significant challenge, with conveyor systems often having to achieve belt speeds from 2.5 m/s to 5 m/s, says chute systems and solutions company Weba Chute Systems founder Werner Baller. He says that the correct application of Weba Chute’s... → 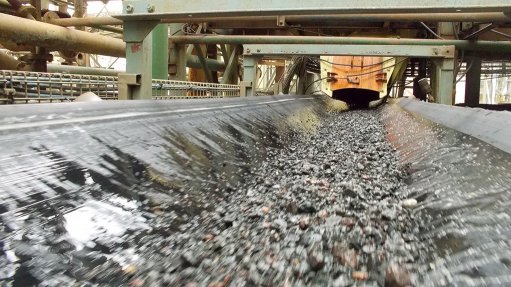 29th May 2015 The most common process factors that affect the performance of dense medium cyclone (DMC) equipment can be managed by understanding how a hydrocyclone operates, in conjucntion with an understanding of the overall dense medium separation (DMS) process, says equipment supplier to the minerals... → 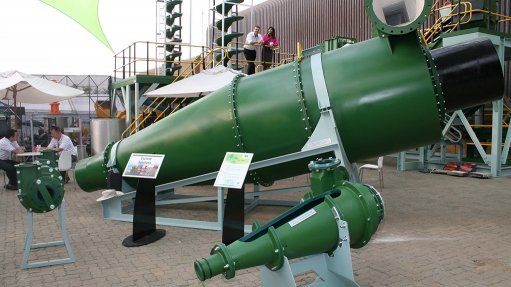 SEPERATING PARTICLES In a cyclone, dense medium separation takes place where particles of differing density fractions are separated through a medium that has a density between two fractions

By: Bruce Montiea     29th May 2015 Proper dust control can significantly enhance the profitability and sustainability of a mining operation, says dust control management company Dust-A-Side corporate marketing manager Lolly Chibi. “Dust gets in everywhere – in air filters, in oil and in between moving parts of machinery. Dust at... → 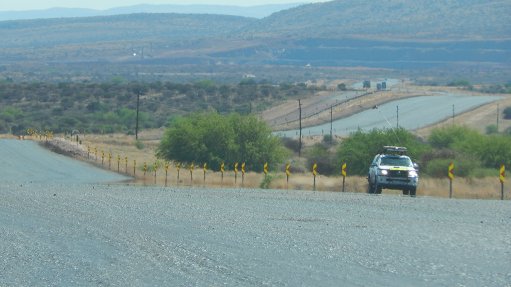 29th May 2015 In April this year Canada metals and mining company Teck Resources announced that it had secured storage and terminal service capacity. This was announced as an important step of Teck’s marketing and logistics plan for its 36 000 bbl/d share of bitumen production from the Fort Hills oil sands... →

29th May 2015 Bulk materials handling equipment and conveyors designer and manufacturer Hapman has added a hopper with a ribbon agitator to its Helix flexible screw conveyor Quick Ship programme. →

29th May 2015 One of the latest trends in the mining and minerals industry is a move towards the design and construction of modular plants, says slurry equipment solutions provider Weir Minerals Middle East and Africa MD Gavin Dyer. →

By: Bruce Montiea     29th May 2015 Mining and refining companies are benefiting from mixers provided by designer and manufacturer of heavy-duty agitators and mixers Mixtec, as the mixers use less power to achieve efficient results, says Mixtec sales manager Brian Paxton. “Our in-house developed software programme enables us to... → 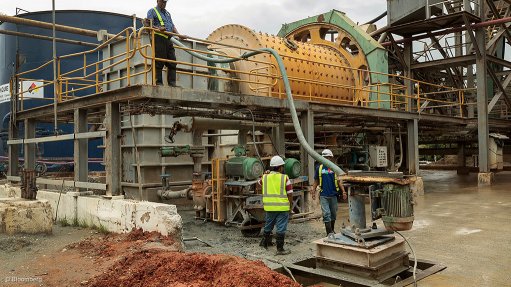 By: Bruce Montiea     29th May 2015 Drive systems specialist Voith’s one-thousandth TPKL fluid coupling – installed in February at a 6.4 MW underground belt conveyor drive at a coal mine in China – is meeting all the client’s requirements, says Voith Europe, Middle East and Africa mining and metals division VP Grant Robinson. He... → 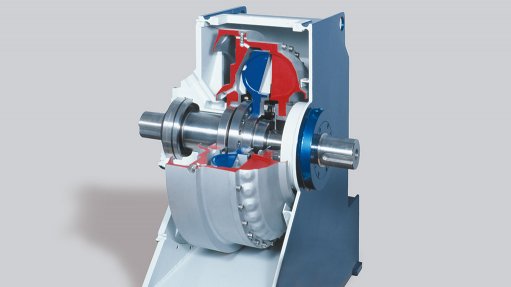 24th October 2014 Metso’s mobile crushing and screening solutions footprint in southern Africa has been given new traction with the launch on October 1 of a dedicated Metso mobile business unit within the Handling division of the Barloworld group. The transfer of Barloworld’s Metso business, previously part of... → 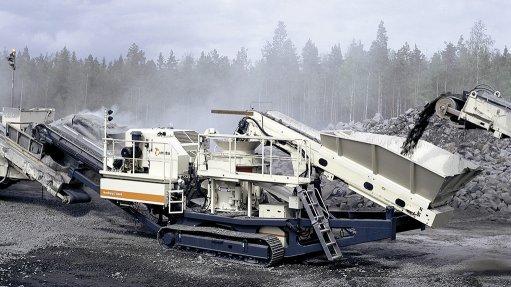 By: Bruce Montiea     26th September 2014 The African logistics industry can benefit from using new logistics information technology (IT), as this will enable companies to make business decisions based on facts and not assumptions, says supply chain industry specialised software solutions provider Dovetail. “Logistics IT enables... → 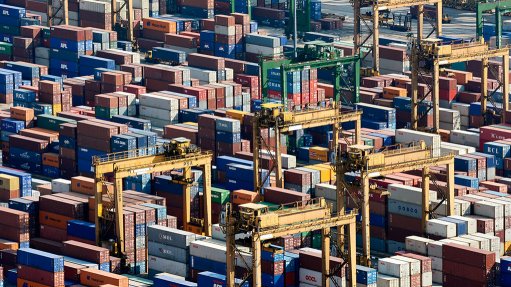 By: Samantha Herbst     26th September 2014 Group Line Projects, an industrial linings solutions provider, was founded in 1991 and acquired in 2012 by Wonderstone, which is part of the larger Assore Group, whose origins date back to the early 1900s. Group Line Projects’ core business is focused on the appropriate specification, selection... → 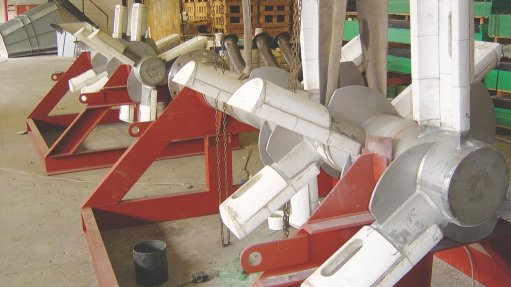 By: Bruce Montiea     26th September 2014 Conveyor systems are continuing to get larger, longer and faster, which is why safety training is becoming increasingly important, as it reduces the occurrence of events resulting from unwise actions around a conveyor that could have catastrophic consequences, says bulk materials handling... → 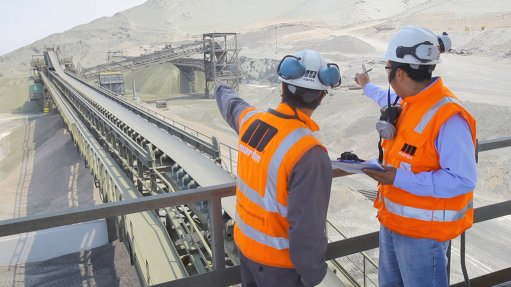 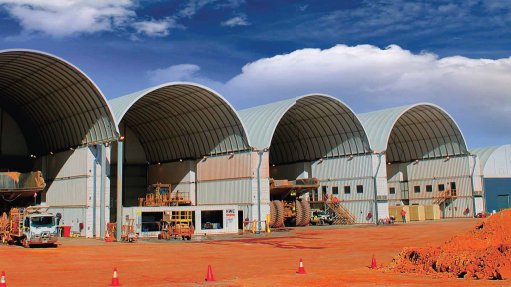 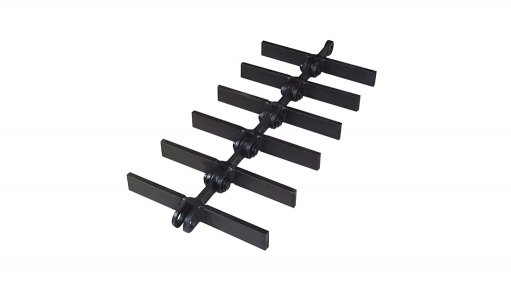 26th September 2014 Diversified engineering and mining group Metso has delivered a second D9 apron feeder to iron-ore miner Kumba Iron Ore’s Sishen mine, in the Northern Cape, to aid the miner in its raw materials conveying processes. The apron feeder was delivered to Sishen mine last month, after the miner... → 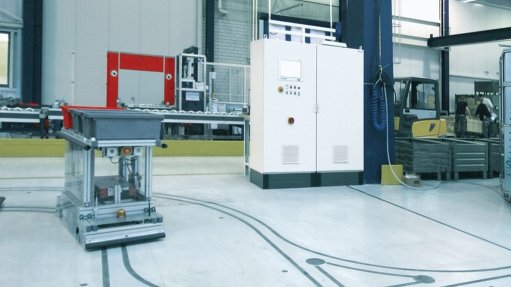 By: Bruce Montiea     26th September 2014 Local forklift distributor and services provider Toyota Forklift added bigger trucks, with a capacity of up to 8 t, to its 8-series range of counterbalanced trucks this year, making it easier for mining operations to meet their materials handling requirements. “The trucks are suitable for mining... → 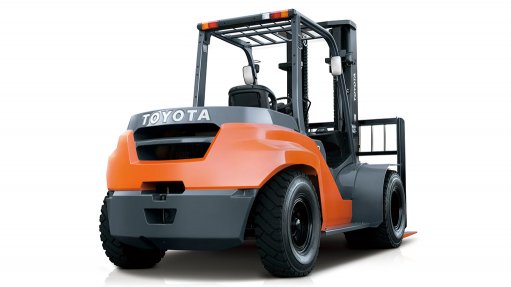 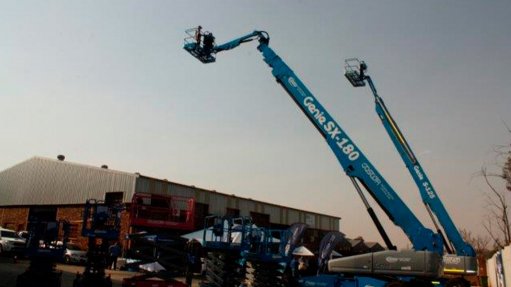 26th September 2014 A systems approach to bulk solids handling design is necessary to prevent some of the most recurrent problems on transfer chutes, which include spills, blockages, wear and tear and degradation of the material being transferred,  says transfer chute designer Weba Chute Systems. “It is essential to... →

26th September 2014 Beneficiation plants in South Africa can now make use of magnetically-susceptible density tracers provided by technology solutions provider Tenova Mining and Minerals South Africa to help them improve their mineral processing. Density tracers are a standard and inexpensive aid to determine... → 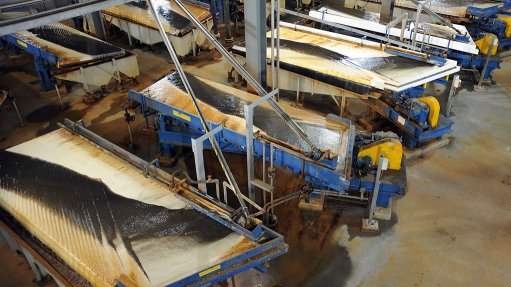 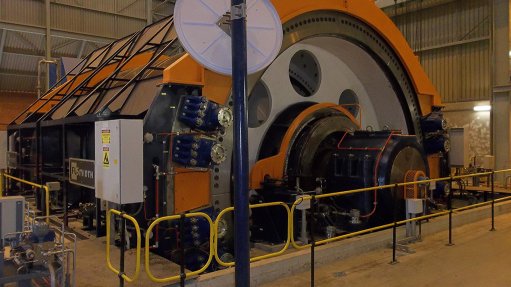 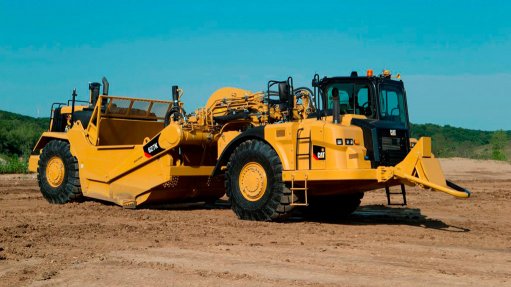 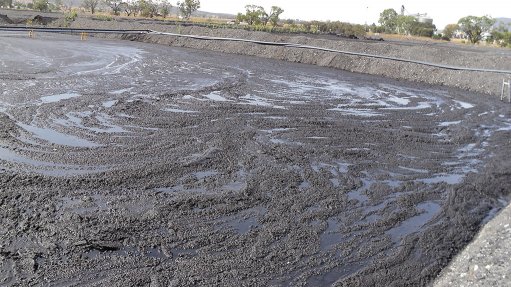 26th September 2014 Mines can save time and money by moving larger volumes of their mined materials using the Helix 800 – the new flexible screw conveyor by global bulk materials handling equipment manufacturer Hapman, says product manager Mike Zeluff. “Launched in July, the Helix 800 is one of the largest flexible... → 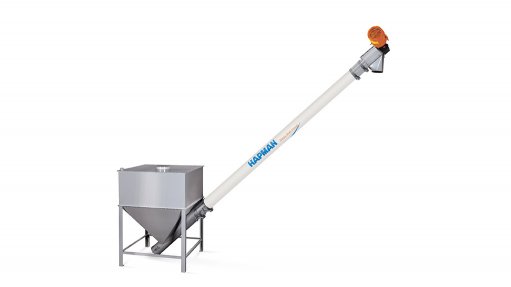 30th May 2014 Mobile crane hire company Johnson Crane Hire (JCH) says it is rated among the top mobile crane fleet solutions providers in Africa because of its business philosophy, SMART, which stands for safety, maintenance, availability, reliability and total cost effectiveness. This is why the company has... → 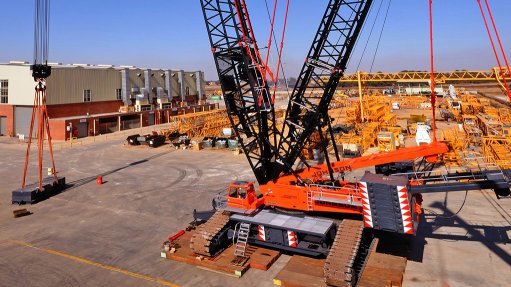 Flow technology crucial for mine success

By: Pimani Baloyi     30th May 2014 Equipment manufacturer Liebherr is establishing an African maritime hub in Durban to ensure that its Africa-based clients receive the same level of service as could be expected when dealing with the head office in Europe, Liebherr-Africa maritime crane division manager Henner Rodenwoldt tells... →